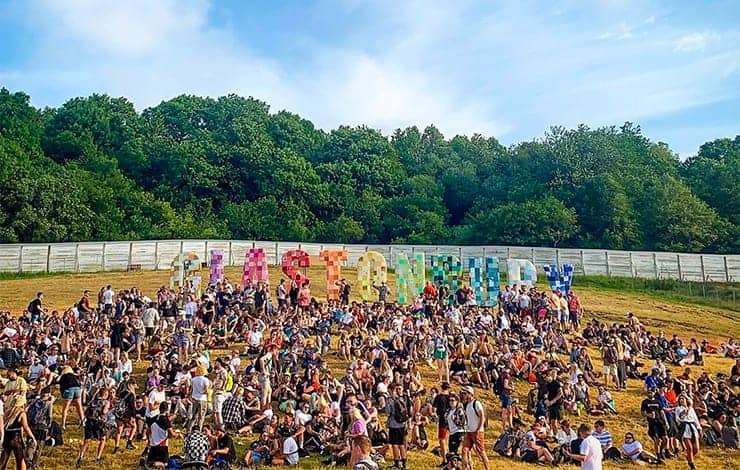 The dust has yet to settle on Glastonbury 2019, but as one could expect, the Glasto rumour-mill has already started to spin in regards to who might play Glastonbury 2020.

We’ve put together a list of the top rumours of who could be the lucky ones to play Worthy Farm next year, and we’ll keep adding more names as they come under the radar – Please keep in mind that as of the time of writing, these are just rumours, and they should be treated as such.

It’s no secret that both Michael and Emily Eavis both want the band to play. Also known, is that the band is just too expensive for the Eavis’ to afford, so in order for us to see the iconic band take to the Pyramid Stage – they would have to bring their price down.

In addition to saying in a recent interview that they would “burn in hell” if they didn’t get the chance to headline Glastonbury – according to reports – while playing Wembley Stadium earlier this month, Fleetwood Mac’s Mick Fleetwood had also recently said that the band still have a “big field to play…” and mentioned a festival.

Elton John announced that he will be retiring from the road after a lengthy, three-year ‘Farewell Yellow Brick Road’ tour in order to spend more time with his family.

Festival organiser Emily Eavis said in a recent interview that “Madonna would be amazing” for Glastobnury – Coupling that with her continues work towards striving for a 50/50 gender balance across Glastonbury’s line-up – Madonna could be a viable performer for 2020.

The 1975 frontman, Matt Healy had recently said the band will be ready to headline Glastonbury 2020.

Wilkinson inquired about future plans for the Mancunian band, reminding Healy of his 2016 quote; “In two years time, we’ll be back with a new record, we’ll headline Reading and Leeds, and the year after that, we’ll do Glastonbury”.

The Beats 1 presenter went on to ask about Glastonbury 2020, when Healy replied that he’ll be at Glastonbury saying “Whether we headline it or not, who knows?”.  Jokingly adding – “If I ever am headlining Glastonbury, then… everyone’s going to have to be on guard for a year, that I don’t completely lose my mind!”

Michael Eavis has teased an appearance from Paul McCartney at Glastonbury 50th anniversary in 2020 – Speaking to BBC Somerset, Eavis said “hopefully for the 50th, yeah” when questioned whether the musician will be coming to Worthy Farm. That being said, Emily Eavis mentioned recently that “We’ve only really got one headliner at the moment […] it’s actually not Paul McCartney, although we’d love to have him,”.

.@emilyeavis on @BBC6Music talking about #Glastonbury2020: “We’ve only really got one headliner at the moment […] it’s actually not Paul McCartney, although we’d love to have him […] this one is one that hasn’t been mentioned”… 😮🤔https://t.co/KWTGT9njLF

Glastonbury 2020 will take place at Worthy Farm, Pilton, Somerset with the expected dates (still to be confirmed) from Wednesday 24th to Sunday 28th June with tickets expected to go on sale in early October.

I think Emily Eavis should get Sade out of retirement pure class that would be, and dire straits and the Blue Nile, even a bit of deacon blue or push the boat right out and get pink floyd even if it’s just Walters or just Gilmour,