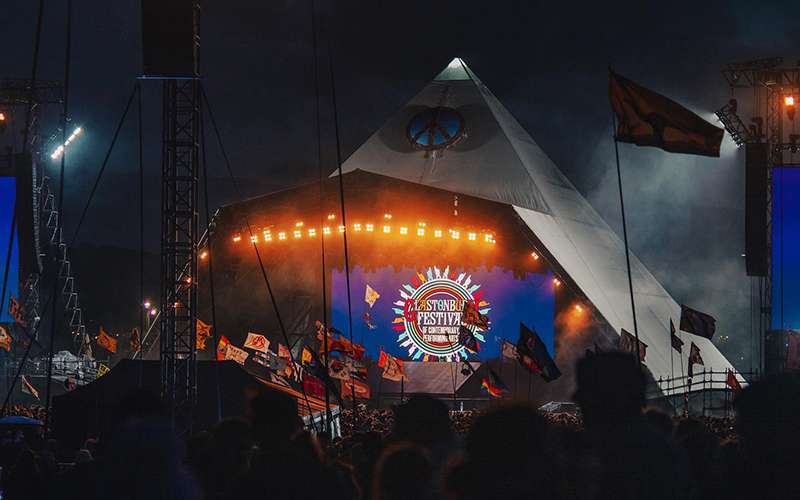 The BBC has announced that its coverage of this year’s Glastonbury Festival across its digital platforms has received record-breaking viewing figures.

A tweet put out by the BBC Press Office (28 June), boasts that “Glastonbury 2022 was a record-breaker with content streamed a record 34.1 million times on BBC iPlayer and played 2.3 million times on BBCSounds”, of which on iPlayer, a vast 23 million streams were live – the highest on record for a BBC programme brand. 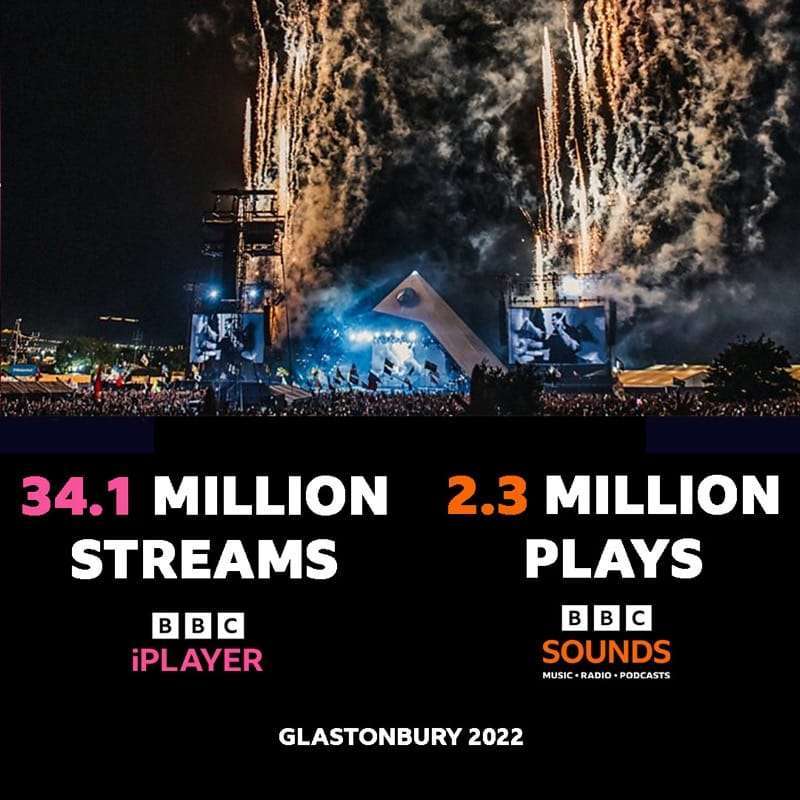 Back in 2020, despite the sad cancellation of the Festival due to the worldwide pandemic, the BBC’s virtual festival coverage – titled ‘The Glastonbury Experience’ – still saw great success, as it surpassed 10 million streams of content on the BBC iPlayer, with thousands more having watched past sets broadcast on TV.

Speaking of this year’s Glastonbury coverage, Lorna Clarke, BBC Director of Music, said: “The BBC provided the ultimate armchair experience of the world’s best-loved festival this weekend with a dedicated Glastonbury channel on BBC iPlayer, 6 Music’s All Day Glastonbury coverage, performances from the biggest artists on-demand on BBC Sounds and over 35 hours of coverage across our TV channels. The party isn’t over yet, with over 90 sets and key tracks from the five filmed stages available to watch on BBC iPlayer – including Pyramid Stage performances in Ultra High Definition.”

In addition to record audiences on BBC iPlayer and BBC Sounds, millions also watched coverage across each of its TV channels, with the BBC the destination to catch all the sets and special moments from the festival.

For a full (A-Z) list of sets, individual track performances as well as Glastonbury-related content prior to 2022 currently available on the iPlayer, click on the + button below.

Glastonbury reveals its full line-up and stage times for 2022

During his historic headline performance, Macca wowed the crowds with a show-stopping setlist which included surprise guest appearances from both Foo Fighters frontman Dave Grohl as well as American-born Bruce Springsteen.

Other highlights included Diana Ross commanding a mammoth crowd at her Sunday teatime Legends Slot. The Motown soul singer treated the crowd to a selection of classics including I’m Coming Out, Baby Love, You Can’t Hurry Love, Stop! In The Name Of Love and at the conclusion of Chain Reaction pink confetti was launched from the stage.

While on the Saturday of the Festival, we found out Lily Allen was making her way to the Glastonbury site, thanks to an Instagram story she shared that afternoon, for what turned out to be a surprise secret guest appearance with Olivia Rodrigo on the Other Stage.

Fast forward to Monday (27 June) as the rain started to descend – following defied ominous forecasts of thunderstorms and a yellow weather warning from the Met Office – campers started packing up their belongings and leaving the Festival site on a chilly morning as the Glastonbury clean-up litter picking army was already deep-dug down into work on returning Worthy Farm to its natural clean and rubbish-free status in preparation for the next instalment of the Festival.