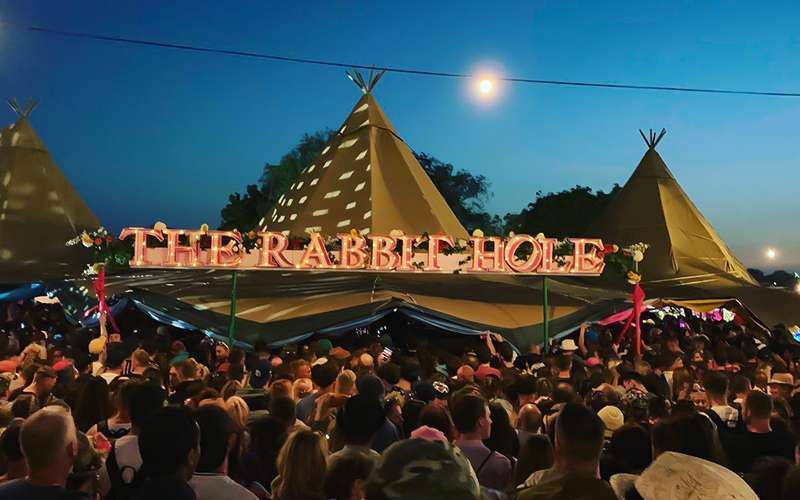 The full Glastonbury 2022 line-up including set times was released last month, on the 30th of May, featuring a detailed schedule of (almost) all the acts that will be performing at this year’s Festival.

Among the known set times, the full breakdown also originally included 5 TBC and 34 TBA slots – leaving us guessing as to who may fill the coveted slits.

Since then, a number of the previously unknown slots have been revealed. To keep track of them all, we’ve created a compiled list (seen below) of all the known and rumoured TBC, TBA, Special Guests and Secret Sets so far.

We’ve also linked to the source evidence for each revelation – sourced mainly from, but not limited to the official Glastonbury website, as well as various forums, including eFestivals, SecretGlasto, Twitter posts, comments, interviews, clashing tour dates and exclusives announcements / self-confirmations.

Keep an eye out on this page, as we will be reviewing and updating it on a daily basis throughout the duration of the Festival – if and when more revelations come forth.

In addition to the official Glastonbury app from EE finally being released, Co-op also confirmed the return of its pop-up store to Glastonbury 2022.

Meanwhile, a few weeks ago, the BBC reveal its coverage plans for this month’s Glastonbury Festival and confirmed it will be the first time the Beeb has broadcast any music event in Ultra High Definition.

While another exciting announcement revelation included the new Glastonbury 2022 map, which featured lots of interesting changes and improvements to the site grounds ahead of the Festival this June.

Opening Party tonight at The Rabbit Hole! from 7pm