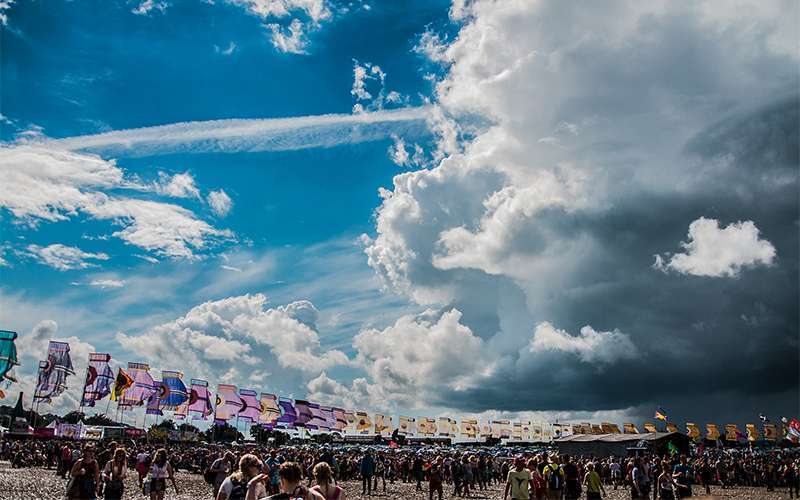 “Hopefully neither a washout nor a heat wave”

Welcome back to our string of weather report summaries.

Following up on our previous forecast summary, and with it being less than one day until gates finally open for Glastonbury 2022, we can now take a much closer look at the weather, in what is known as more of a “short-range weather forecast”.

That said, let us once again point out that even with the Festival being only one day out, these models could still be quite imprecise with regard to the end of the Festival.

As always, we like to start these weather summaries by taking a look at Gavin Partridge‘s recent weather updates.

As of the time of writing, Partridge has released 6 weather updates.

The third (published 14th June) was once again leaning toward more of a warmer trend, while the fourth and fifth updates (published 16th and 19th of June) flipped the script and predicted “unsettled and cooler weather”.

In the sixth and most recent update (published 20th June) Gavin starts off on the Wednesday (22nd June) by saying there will be “loads of dry and warm weather to be had” accompanied by “plenty of sunshine”, with temperatures reaching around 24-27°C.

According to Gavin, Thursday, the 23rd of June, will also see “lots of dry weather and plenty of sunshine” but “a few heavy showers” toward the afternoon, with temperatures in the mid to upper 20’s, around 27-28°C.

Friday (24th June) “probably starts dry”, just to be followed by a band of rain and heavy showers, with temperatures lowering to around 20-21°C.

Gavin predicts that Saturday (25th June), similar to Friday, will stay wet with heavy rain, and temperatures lowering further to around 13-15°C.

Sunday (26th June) is predicted to continue the trend of Friday and Saturday, with longer spells of rain and temperatures of around 17-19°C.

Moving along, we look at the latest weather prediction from Met Office (published 20th June), which predicts it will be warming up and increasingly sunny over the next few days in the lead-up to Glastonbury, with temperatures rising day by day – peaking on Thursday.

That said, by Friday, the Met Office says there is a chance of persistent rain later in the day, as well as at the start of Saturday, which will continue into late afternoon and evening.

Saturday and Sunday could also see a mixture of possibly heavy showers with hail and thunder, but also sunny spells in between.

Weather forecast summary – as of the 20th of June:

To summarise, it looks like the Festival will see a warm and sunny start with temperatures peaking on Thursday into the mid-20.

Then, Friday starts off fine but could see a shower or two in the afternoon and more persistent rain arriving by the evening, with that rain then clearing out of the way.

Saturday morning to be replaced by sunny spells and showers with a blustery breeze making it feel much cooler.

According to YouTuber SawdustySurfer, who is currently on-site and has been keeping track of the “state of the ground” for the last couple of weeks now – at this moment in time, the ground is solid and dry, as seen in the video below.