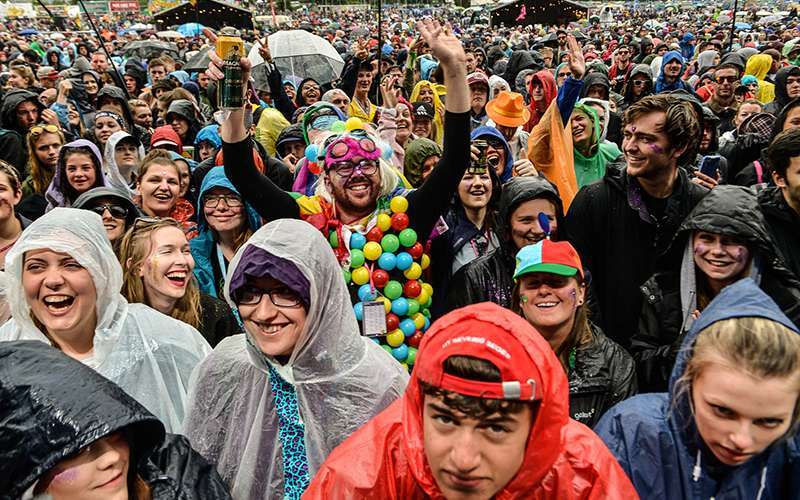 The first chance to buy tickets to the 2023 Glastonbury Festival took place this evening (3rd November), as Coach Ticket Packages for next summer’s event completely sold out in just 22 minutes.

As ever, thousands of people were glued to their computer and smartphone screens in the first of two ticket sales for the chance of bagging tickets to the Worthy Farm event.

Coach ticket packages went up for sale at 6pm and were all gone by 6:22pm.

First to go were the Wednesday coach packages which sold out by 6:19pm, with the Thursday packages selling shortly after.

At 6:22pm, See Tickets confirmed that all coach packages for Glastonbury 2023 were “sold out”.

Coach tickets for @Glastonbury 2023 are now SOLD OUT. The general admission ticket sale will take place Sunday at 9am (GMT).

Glastonbury Festival officials then took to social media to confirm the news, saying: “Thank you to everyone who bought one. Standard tickets are on sale at 9am GMT on Sunday morning (and National Express will offer coach travel to standard ticket holders from across the UK).”

The Glastonbury 2023 coach + ticket packages on sale this evening have now all been sold. Thank you to everyone who bought one. Standard tickets are on sale at 9am GMT on Sunday morning (and @nationalexpress will offer coach travel to standard ticket holders from across the UK).

All tickets sold this evening were bundled with coach travel which offers departure options from dozens of locations across the UK – this means those who bought tickets tonight must travel via coach and won’t be able to access the Festival via any other means of transport.

The capacity for Glastonbury Festival is around 210,000. However, it is expected that around 140,000 tickets (of which around 22,000 are dedicated coach packages) will be available across the two ticket sales this November.

A small allocation is kept back for local residents in a separate ticket sale, with the rest of the tickets reserved for those working at the festival, including performers, medical staff, car park stewards, traders, litter pickers and others.

Now the Coach Ticket Package sale is out of the way, the main sale for General Addition will take place this Sunday morning at 9am.

Prior to today, the last time a main Glastonbury tickets sale took place was in October of 2019 (for what was due to be the 2020 Festival before the pandemic hit), when coach ticket packages sold out in 27 minutes, and regular tickets in just 33 minutes.

The appeal for Glastonbury Festival tickets is always extremely high and nowadays demand well outstrips the supply – this can obviously be seen by how quickly tickets sell out each year.

Earlier this week, Taylor Swift announced her long-rumoured return to the road, with an outing dubbed the “Eras Tour”, scheduled to hit U.S. stadiums beginning in March 2023 and running into August – and by doing, making it highly unlikely that she will be at Glastonbury 2023.

Meanwhile, Pulp also revealed the dates of their upcoming reunion tour scheduled for next summer, leaving plenty of room for a Glastonbury performance, while Victoria Beckham ruled out a Glastonbury appearance as part of a Spice Girls reunion – following long-time speculation fuelled by her former band mates.

As of the time of publication, current SkyBet odds for Glastonbury Festival 2023 headliner are as follows:

As mentioned above, now with the first of two ticket sale days out of the way, the next option to bag tickets to the Pilton event will be when the General Admission tickets go up for sale at 9am GMT on Sunday, 6th November.

That said, registration for Glastonbury 2023 closed at 5pm GMT on Monday, 31st October, and as of this moment in time, there is no opportunity to submit/re-submit a registration until after the November ticket sales – when the registration window will open once again ahead of the resale.