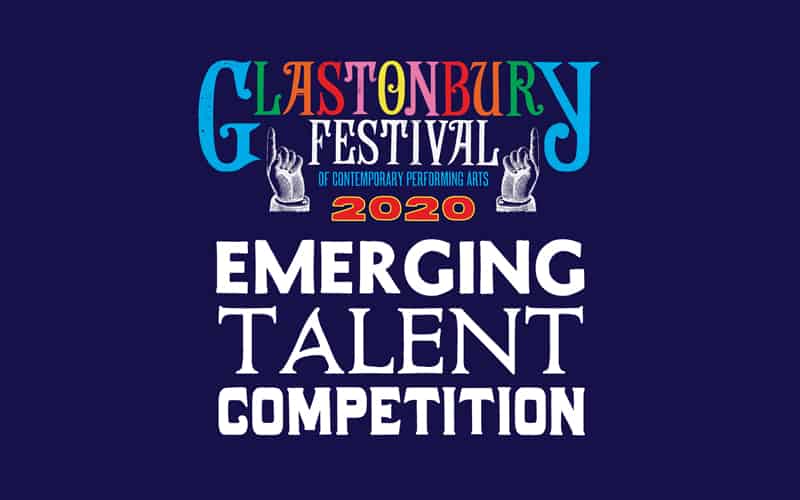 Glastonbury Festival has announced the return of its Emerging Talent competition via social media (January 21).

Your chance to perform at Glastonbury 2020! This year’s Emerging Talent Competition, supported by @PRSforMusic and @PRSFoundation, opens on Monday. Get all the info at https://t.co/J0JlLJ6wuL now! pic.twitter.com/uL8ExJYAfp

The competition is free to enter, and the winners will be awarded a £5,000 Talent Development prize from PRS Foundation to help take their songwriting and performing to the next level.

An additional £2,500 PRS Foundation Development prize will also be awarded to two runners-up.

When is the deadline, who can apply and how?

The competition is open to performers from any musical genre, but limited to UK and Ireland based acts only – To enter, acts will need to supply a link to one original song on SoundCloud, plus a link to a video of themselves performing live (even if it’s only recorded in a bedroom).

Entries are open FOR ONE WEEK ONLY from 9am Monday 27th January until 5pm Monday 3rd February 2020 via Glastonbury Festival’s official website.

The 2019 Emerging Talent Competition winner was the soulful singer-songwriter Marie White, who has since signed with Decca Records and Universal Music Publishing Group following a year of highlights which included her performances at Glastonbury, a 6 Music live session and supporting Keane at the Royal Albert Hall.

Other recent Emerging Talent Competition finalists include rising rapper Flohio who was last week given the prestigious Music Moves Europe Talent Award; R&B singer Izzy Bizu (a 2016 BRITs Critics’ Choice nominee and winner of the 2016 BBC Music Introducing Award); and singer-songwriter Declan McKenna, who won ETC 2015 and subsequently signed with Columbia and released a successful debut album. The 2017 ETC winner was singer Josh Barry, who has since toured with Rag’n’Bone Man and Gorgon City. Meanwhile, 2016 winners She Drew The Gun have received considerable acclaim for their politically-inspired psych-pop.

Once the entries are in, a panel of 30 of the UK’s best music writers will help compile a longlist of 90 acts. The longlist will then be narrowed down to a shortlist of eight artists by judges including Glastonbury organisers Michael and Emily Eavis, before the live finals in Pilton in April decide the winning act. For the past five competitions, all eight of the finalists were offered slots at that year’s Festival.

Says Glastonbury co-organiser Emily Eavis:
“It’s always such a pleasure to hear the latest crop of amazing, undiscovered music that’s out there. Over the years, the Emerging Talent Competition has helped us to unearth so many incredible artists from across the genres – dozens of whom have been given slots at the Festival. I can’t wait to hear this year’s entries!”

Amy Field, Senior Events Manager, PRS for Music comments:
“Performing at Glastonbury Festival is a dream for many new artists and this year is extra special due to it being Glastonbury’s 50th anniversary. PRS for Music is delighted to be partnering with Glastonbury Festival once again on the Emerging Talent Competition, an amazing initiative that brings new talent to the forefront and gives them an opportunity to perform at the best festival in the world. The competition is a highlight of the year for us and our members. I can’t wait to hear the music that this year brings.”

Joe Frankland, CEO of PRS Foundation says:
“The Emerging Talent Competition is a unique opportunity that highlights the extraordinary phenomenon of Glastonbury Festival and the important role that it plays in the UK music industry. Some of our major success stories at PRS Foundation have been discovered at the Emerging Talent Competition final, including Flohio, She Drew The Gun, Izzy Bizu and Declan McKenna. With a prestigious slot at Glastonbury Festival and a talent development bursary, all of these artists have been able to get to the next stage in their career – there might even be a few future headliners in there! We look forward to hearing who comes forward this year.”