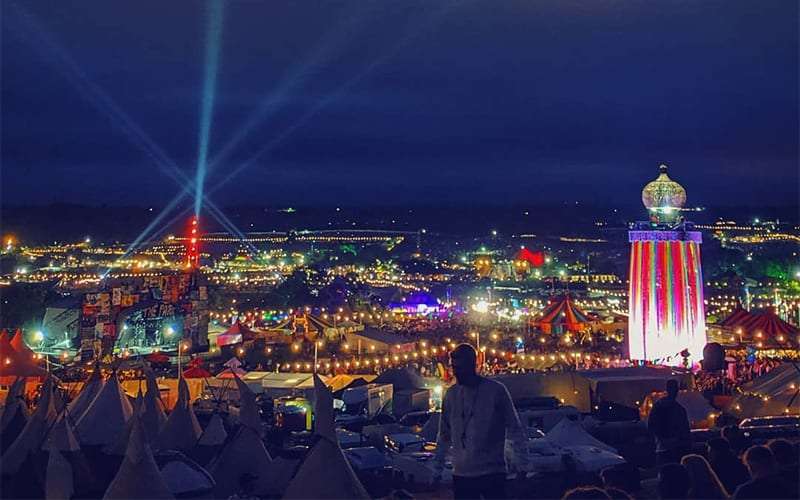 Following Glastonbury 2020‘s cancellation due to the coronavirus pandemic, the BBC will be celebrating the legendary festival’s 50th anniversary with a special showing of its greatest performances through the ages.

Announcing the news via their social channels this evening (May 26), the BBC will mark Glastonbury ‘s 50th anniversary this summer with a special showing of some of the Festival’s best performances and headliners to date – BBC Two, BBC Four and BBC iPlayer will be showing classic performances which took place at the legendary Worthy Farm-held event.

The BBC has announced its broadcast plans for the weekend when this year’s Glastonbury Festival would have been, with a host of classic sets being made available across TV, radio & online, including Adele, Beyoncé, David Bowie, Coldplay & JAY-Z. Info: https://t.co/vq70418nrX pic.twitter.com/R6G6KfWsJr

The broadcast celebration will take place over the originally scheduled dates of the Glasto-weekend – Thursday 25th to Monday 29th June – when the 50th anniversary of Glastonbury Festival was due to take place.

We promised you some news didn’t we?..

Between June 25th – 29th, when the 50th anniversary of @glastonbury was due to take place, we’ll be bringing the spirit of the #Glastonbury2020 to your homes via TV, @BBCiPlayer, Radio & @BBCSounds 🙌🏻

Some of the BBC’s iconic presenters which are synonymous with Glastonbury – including Clara Amfo, Edith Bowman, Jo Whiley, Lauren Laverne and Mark Radcliffe – will be hosting the four days of programming on BBC Television and BBC iPlayer, dedicated to the Festival.

Emily Eavis, who runs the Festival with her father Michael and husband Nick Dewey, said: “There are so many memorable sets being played across the BBC over what would have been our 50th anniversary weekend. Personally, I’m looking forward to a weekend of reflecting on the history of our festival and going back to some classic performances from David Bowie, Adele, REM, Beyoncé, The Rolling Stones, Jay-Z, Billie Eilish and lots more. Me and my dad will definitely be watching!”

Lorna Clarke, Controller, BBC Pop said: “Glastonbury Festival has for decades been a huge moment in the BBC’s music calendar, thanks to Michael and Emily’s magical creation. Even though Worthy Farm can’t be full of thousands of music lovers this year, the BBC will celebrate with four days of memories and archive footage across TV, BBC iPlayer, Radio and BBC Sounds, to give our audience a taste of the festival in their own homes.”

The Glastonbury Experience broadcast will be led on BBC TV by three 90-minute live programmes in primetime on BBC Two – one for each night of the main Glastonbury weekend, Friday 26th, Saturday 27th and Sunday 28th June.

The programmes will celebrate some of the Festival’s greatest performances since BBC coverage began in the 90s, with unique acoustic performances alongside rarely seen and triumphant archive moments.

The Glastonbury spokesperson also went on to say that: “For those of you wishing to get a taste of the full Glastonbury experience from home, we’re also working with our areas & stages to make sure you can enjoy a slice of the Green Fields, the South-East Corner, Theatre & Circus, Kidzfield, Silver Hayes, Left Field and all the others from the comfort of your sofa or garden. More info coming soon!” You can read more about what’s in store here.

Can’t bloody wait for this!