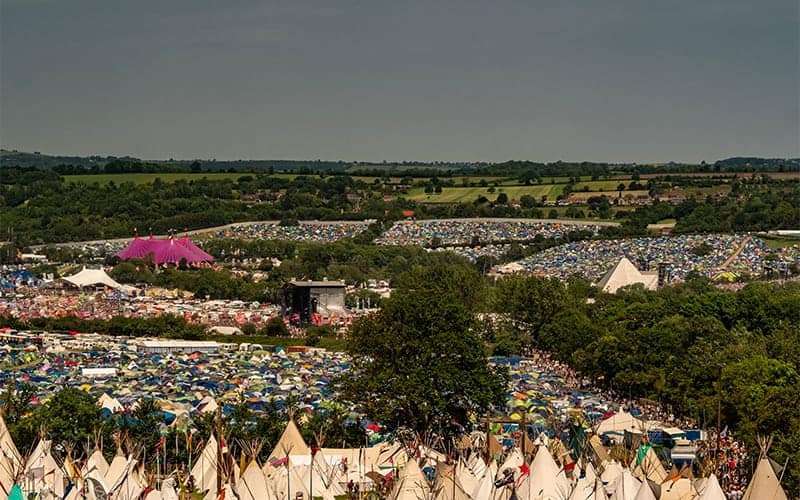 The cancellation of Glastonbury Festival for the second straight year has seen some charities that partner with the event take a substantial blow to their fundraising efforts, with one charity estimating it has lost out on £15,000 of funding over the last two years.

Speaking to SomersetLive, education charity SOS Africa said that the cancellation of the 2020 and 2021 festivals could cost the organisation as much as £15,000 in fundraising, but founder Dr Matt Crowcombe said the decision was “completely understandable”.

He said: “We were invited to join the festival’s litter picking crew back in 2013. Each year SOS Africa recruits teams of 100 or more to clear the Pyramid Stage Field each morning of the festival.

“SOS Africa has received incredible support from Fiona and the Recycling Crew Organisers since 2013. We have received great publicity on the festival website and our Shepton Mallet Charity Shop even receives lost property donations from the festival each year.

“SOS Africa has lost out on funding, though Fiona and her team went out of their way to raise extra funds for the charity’s supported, such as by requesting donations and selling t-shirts from previous festivals. Last year SOS Africa’s own litter picking crew even raised £5000 to make up for funds lost after the cancellation of the festival.

“We lost potentially around £15,000 [because of the cancellation], thanks to additional funds raised by the organisers and our litter picking crew last year.

“It is a pity but completely understandable under the current circumstances. SOS Africa has also received a huge influx of support from around the world throughout the coronavirus pandemic.

“The festival contributes in so many ways to local and international charities and community groups. In addition to direct funds raised, attending the festival is an unforgettable experience for our volunteers.

“The festival also provides a fantastic boost for the local economy. Our Shepton Mallet Charity Shop sees an increase in takings from March (when the festival preparations begin) right through to aftermath of the festival when we receive donations from lost property and local festival-goers.

“We know of many other charities and community groups who benefit and look forward to the festival returning in 2022.”

There has also been a response to the cancellation from some of Glastonbury’s major charity partners.

Glastonbury‘s three main charities – Oxfam, Greenpeace & WaterAid – have also responded to the event’s cancellation in a written love letter to the Festival, the volunteers, crews, supporters and musicians.

Leading executives from both WaterAid and Oxfam – two of Glastonbury’s leading fundraisers – have also backed the decision to cancel the event in 2021.

Peter Haden, Oxfam’s chief support officer for engagement, said: “We were very sorry to hear this year’s festival is cancelled. But it’s the right thing to do. The health and safety of everyone involved – including 2,500 Oxfam volunteers – must be the priority.

“The generous support we have received from Michael and Emily Eavis over the last 28 years has had a huge impact on the lives of some of the world’s poorest people, including providing clean water and sanitation in places of desperate need.

“Obviously the cancellation comes at a difficult time for Oxfam and many other charities, but we look forward to continuing to work closely with Glastonbury and to being back on Worthy Farm next year. You can continue to support Oxfam and our vital work by shopping at our online shop or my making a donation on our website.”

Anna Hedges, WaterAid’s special events project manager, said: “WaterAid is really sorry to hear that Glastonbury 2021 has had to be cancelled. We appreciate all the efforts to make the Festival happen and understand it was a difficult decision, but ultimately the right one to ensure everybody’s safety.

“Glastonbury Festival is always a highlight in our calendar, and we feel privileged to be part of this very special event, together with our volunteers who support our activities at Worthy Farm.

“We have had the chance to meet so many festival-goers over the years who have supported us in different ways, and are also fortunate to have received generous donations from the Festival, helping us transform lives around the world with clean water, decent toilets and good hygiene. When the event was cancelled last year, we were so grateful to receive almost £100,000 raised through the sale of merchandise.

“We would like to thank Michael and Emily Eavis and the team for their ongoing support and look forward to working with them to bring the best event we can in 2022.”