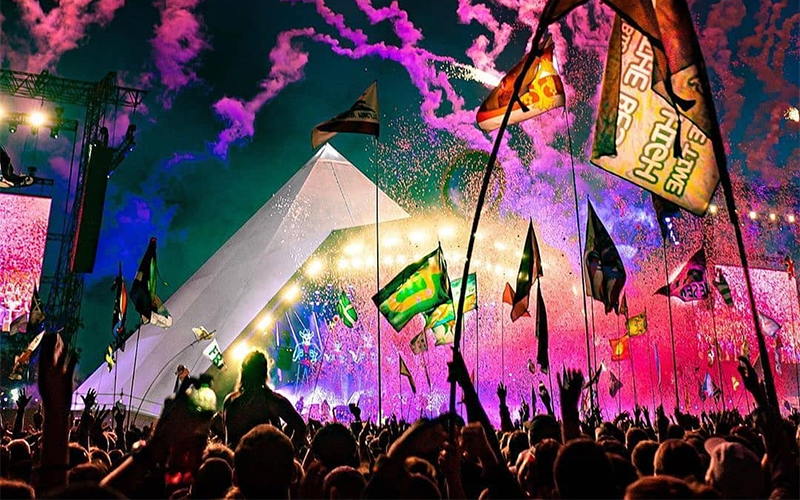 Glastonbury is set to start the build for its planned Equinox event scheduled to take place later this year.

Earlier this year (May 12), the legendary Festival was granted a licence by Mendip District Council – which included a list of over 50 conditions – to host a live music event on their festival site with an audience this year, paving the way for a potentially limited concert in September.

Although the application was initially allotted for 2 dates, it had been later confirmed (via an online council meeting) to be just one day long and is noted to still have much planning and approval required in the months ahead, depending on the COVID situation.

No acts have been announced for the event as of the time of writing, likewise, ticket prices have yet to be confirmed.

The special concert is set to have a total capacity of 49,999 – which includes staff, traders and performers, and will offer food stalls and bars, in addition to parking in separate car parks and a bus station to access the main concert arena. There will be no camping on-site as there is a breadth of local hotels, B&Bs and campsites in the area – which could also help local business after the devastating effect of the pandemic.

Among the conditions included in the agreement, it is stated that the mentioned live event cannot be held in the years when the traditional Glastonbury Festival is run, while also exempting the Festival’s affiliated Pilton Party – an annual ‘thank you’ fundraising gig for villagers, workers and local people – from taking place within 30 days of the event.

Speaking to NME recently, Glastonbury organiser Emily Eavis said that the festival’s September event would be “a large[r] version of the Pilton Party”, saying: “We do that every September, but it will just be bigger and the public can come down,” – Adding: “We’ll call it Equinox if we do it  …  we’re working with the authorities to see what we can do, but it’s just one step at a time, really.”

You can see the plans for the proposed concert area below, and view the full details of the license application decision notice here.

Looking at the planning application approval details shows that Saturday, September 18 will be show day, with the actual setting up being the day prior to the event and dismantling of equipment the day after.

The schedule breakdown details that work is set to start on the Pyramid Stage on July 19, with the three-week stage build properly kicking into gear on August 9 and perimeter fence work commencing on August 16.

Audio, lights, video and dressing room equipment are all scheduled to leave the site on Sunday, September 19 (the day after the event), with all infrastructure set to be removed by October 15.

Meanwhile, with Glastonbury being forced to cancel both its 2020 and 2021 editions due to the coronavirus pandemic, bookings are now open for a one year only family-friendly campsite at Worthy Farm this summer – from 23rd July to 31st August 2021 – known as Worthy Pastures.