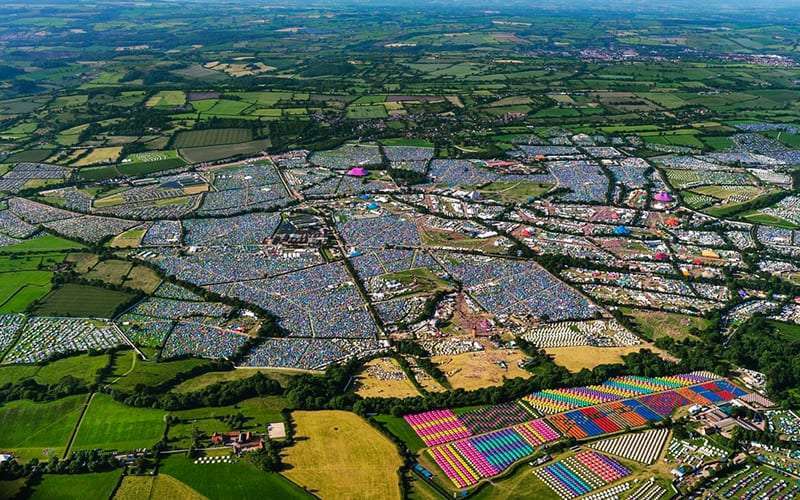 Glastonbury says it is “absolutely not pro-hunting” and has moved quickly to ban a hunt from fundraising activities on the Festival site.

The move by the Worthy Farm-held event follows the release of minutes from a meeting of the Mendip Farmers Hunt in Somerset, in which the hunt said one reason for their “poor financial state“ was the loss of income from providing stewards when the festival was postponed in 2020.

The minutes were revealed by an anti-badger cull organisation Innocent Badger and the Festival said they had no idea the hunt had been using their event to raise much-needed funds.

Glastonbury Festival employs thousands of stewards each year across its vast site, with most of them coming from “local PTAs, sports groups and carnival clubs… are recruited by a team of steward coordinators… with these organisations benefiting from the fees paid to the stewards”.

The Festival which is held on a farm in Somerset told ITV News: “Glastonbury Festival is absolutely not pro-hunting, and we do not – and would not – donate directly to any hunts.

“It has been brought to our attention that a group of these stewards represented a local hunt.

“We can confirm that this group will not be stewarding at Glastonbury in the future, and that we have fully vetted our list of stewarding groups to ensure that there are no other hunting organisations represented on it.”

Glastonbury was set to celebrate its 50th-anniversary last summer – with headliners in Taylor Swift, Kendrick Lamar and Paul McCartney – but was forced to cancel the 2020 instalment due to the coronavirus crisis just a week after the lineup was announced last year.

At this stage, it is still unknown whether the 2021 edition of Glastonbury, which has not been cancelled, can go ahead safely.

Late last year, Emily Eavis told the BBC that they are doing “everything we can” to ensure it takes place next year.

Furthermore, the Glastonbury organiser confirmed earlier this month that ticketholders for 2021 would be able to roll over their tickets to the 2022 edition of the festival if it doesn’t go ahead as planned this summer.

Respect! A great response from Glasto as usual. Turning a negative into a positive.