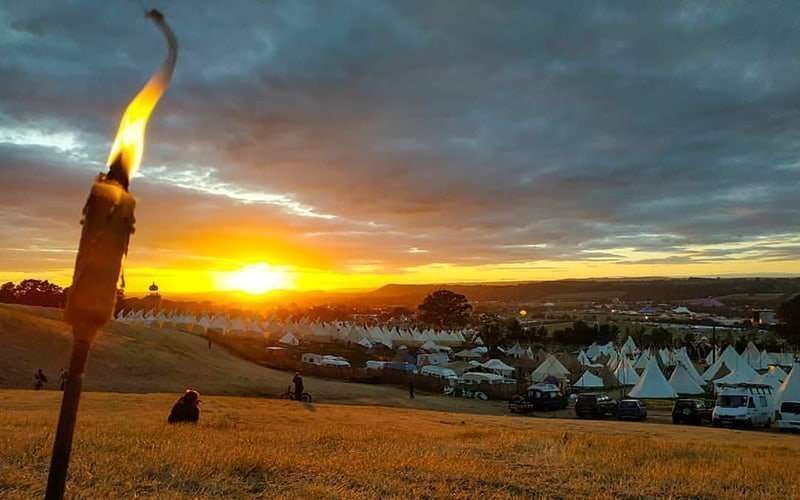 Glastonbury Festival‘s General Counsel for over 26 years, Ben Challis, – who is also a UK based entertainment lawyer who represents Yourope, the European festivals association (whose members include Roskilde in Denmark and Serbia’s Exit Festival) – has discussed the cancellation of Glastonbury 2020, the possibility of the 2021 edition going ahead and the live music industry as a whole, following the COVID-19 pandemic.

Speaking to Behind The Noise Podcast’s Marc Farquhar earlier today (Monday, October 26) about the cancellation of Glastonbury 2020, Challis said: “We just announced the first 60 acts on the Thursday, and then the weekend Boris made his speech saying that there was going to be a lockdown and protecting the NHS was a priority and all resources will be directed towards that and we were about to start our build, so we had a few days of extremely difficult conversations amongst ourselves and with our statutory partners […]. We cancelled early compared to everybody else because of our build phase and I got criticism from other festivals saying why have you cancelled.”

He goes on to say it was the worst time of his professional life because it just unravelled so fast and yet he explains that “We had to be sensible and prudent. One thing we did say obviously with Glastonbury is, if people want refunds we will do refunds… and it was gratifying.”

Asked by Farquhar whether there were many people requesting a refund, Challis replied: “It was literally a hand-full, it was extraordinary. No one wanted a refund.”

Asked about whether the Festival has managed to roll over all the artists from 2020 to 2021, the Glastonbury General Counsel said: “Well… It’s ongoing because it’s not just us […] we are constantly talking to each other and to the booking agents in particular and also to our suppliers.”

Discussing Glastonbury 2021, Challis added: “The plan would be to rebook the 2020 bill […] it will move everything, including our 50th-anniversary celebration to 2021”.

He continued: “For 2021 we will have to start building in March, or the end of March because its a big festival and it takes a lot to build, and no one wants to do a ‘light Glastonbury'”.

Meanwhile, Glastonbury founder Michael Eavis recently spoke about the challenges that the Festival faces with COVID-19, and some possible measures which could be put in place for Glastonbury 2021, saying: “The testing is going so well now, there could be massive testing arrangements…”

Watch the full Behind The Noise Podcast episode with Glastonbury’s Ben Challis below.

In looking ahead to next year’s event – set to take place at its natural home in Worthy Farm, Pilton, Somerset, from Wednesday 23th to Sunday 27th June – here is everything we know about Glastonbury Festival 2021 thus far.