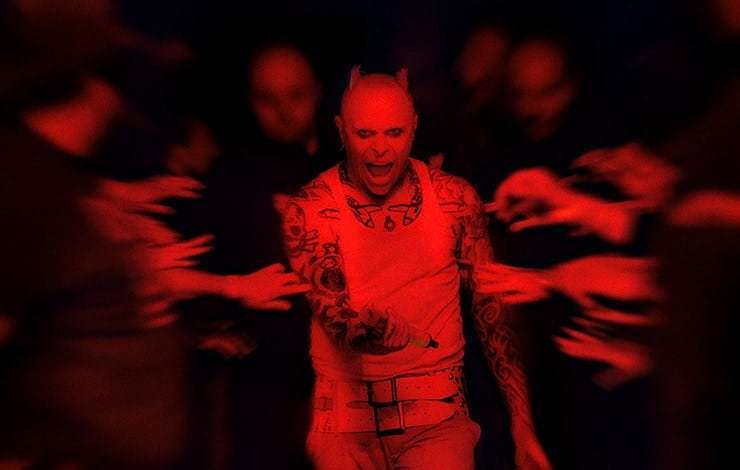 Keith Flint, the frontman of techno-punk British band The Prodigy, took his own life back in March of this year and was found dead at his home in Dunmow, Essex by police – He was 49.

The Prodigy were booked to perform at this year’s Glastonbury 2019 before the tragic death of the original ‘Firestarter‘ icon.

Flint’s former bandmate, Gizz Butt, will be performing an hour-long DJ set in his honour at the Shangri-La area, which has been named the ‘Keith Flint Appreciation Hour’.

Butt – best known for being The Prodigy‘s live guitarist, will be joined in the tent by rapper Denzel Curry, Idles and Gojira during the Glastonbury weekend.

Glastonbury organiser Emily Eavis joined the many paying tribute to the “incredible frontman”, as well as revealing that The Prodigy were set to play the festival this summer.

Remembering Flint, Eavis shared footage from the band’s legendary headline performance at Glastonbury 1997 – where they topped the bill alongside Radiohead and Ash.

“We are so saddened to hear about the passing of Keith Flint,” wrote Eavis. “He’s played here so many times with the Prodigy and was booked for 2019. What an incredible frontman.

“Here’s a clip from ‘97 when they were the first dance band to headline Glastonbury – a huge, unforgettable moment.”

We are so saddened to hear about the passing of Keith Flint. He’s played here so many times with the Prodigy and was booked for 2019. What an incredible frontman. Here’s a clip from ‘97 when they were the first dance band to headline Glastonbury – a huge, unforgettable moment. pic.twitter.com/9fxKBonfVa

The band confirmed his death in a statement, remembering Flint as a “true pioneer, innovator and legend”.

In a post on The Prodigy’s official Twitter account, bandmate Liam Howlett added: “I can’t believe I’m saying this but our brother Keith took his own life over the weekend.

It is with deepest shock and sadness that we can confirm the death of our brother and best friend Keith Flint. A true pioneer, innovator and legend. He will be forever missed.
We thank you for respecting the privacy of all concerned at this time. pic.twitter.com/nQ3Ictjj7t