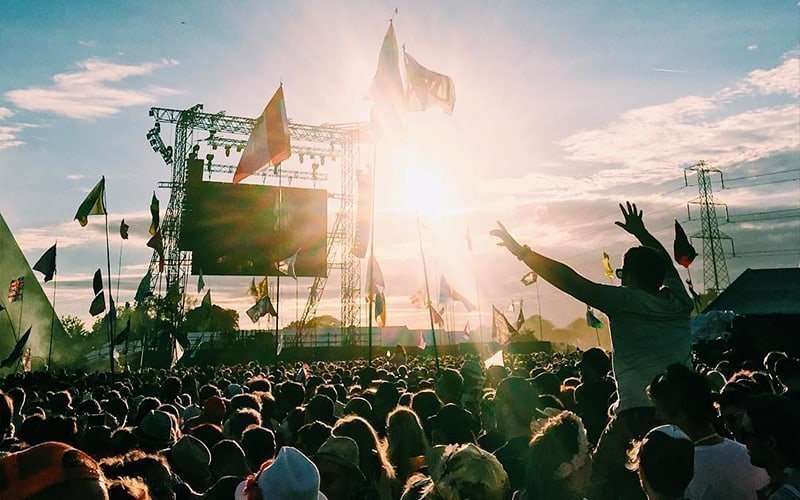 The legendary Festival is set to receive £600,000 from the government’s Cultural Recovery Fund

Glastonbury Festival is among the hundreds of recipients who will receive a share of £107 million from the Cultural Recovery Fund.

The funds are set to be paid from the additional £300m announced by the Chancellor at March’s Budget, bringing the total cash support package made available for culture during the pandemic to close to £2 billion, and after seeing £1.2 billion already been paid by the Culture Recovery Fund to around 5,000 organisations and sites across the country.

From this round of funding, over £100 million will be awarded in continuity support grants to over 870 previous Culture Recovery Fund recipients administered by Arts Council England, British Film Institute, National Lottery Heritage Fund and Historic England.

Glastonbury will receive £600,000 in the latest round of grants, after previously receiving a £900,000 grant back in April. The legendary Festival was forced to cancel its festival for two years running, both in 2020 and 2021 and is set to return to Worthy Farm for the first time since 2019 next summer [2022].

Glastonbury expressed its gratitude in a statement posted to its social media channels, saying: “We’re very grateful to have been granted Continuity Support from the Culture Recovery Fund, which will really help us to get back up and running after two consecutive years without a Festival.”

We’re very grateful to have been granted Continuity Support from the Culture Recovery Fund, which will really help us to get back up and running after two consecutive years without a Festival. @ace_southwest @DCMS @ace_national #HereForCulture

Culture Secretary Nadine Dorries said: “Culture is for everyone and should therefore be accessible to everyone, no matter who they are and where they’re from.

“Through unprecedented government financial support, the Culture Recovery Fund is supporting arts and cultural organisations so they can continue to bring culture to communities the length and breadth of the country, supporting jobs, boosting local economies and inspiring people.”

A list of recipients from the music sector can be found below and in addition to Glastonbury Festival also includes MADE Festival, WOMAD Festival, the London Symphony Orchestra, Bush Hall and the Electric Ballroom.