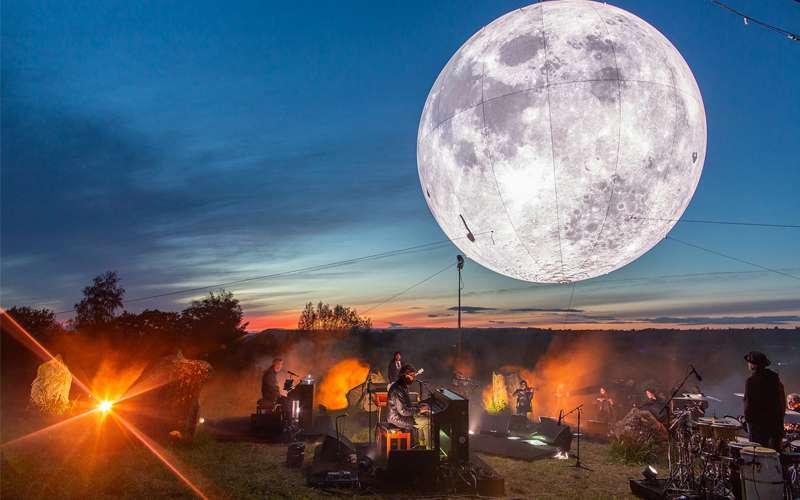 The ceremony event – which took place on Monday (November 22) at the London Hilton on Park Lane – saw director Paul Dugdale and his camera team take home the coveted award, in addition to also being shortlisted in the category for Multicamera Work.

The judges said the work was “brilliantly directed and executed with many different styles for each of the acts in their various locations around Glastonbury”.

The award for Director Multicamera goes to @thepauldugdale for @glastonbury Festival: Live at Worthy Farm. The judges said the work was “brilliantly directed and executed with many different styles for each of the acts in their various locations around Glastonbury” #RTSAwards pic.twitter.com/RmF8FkR8tq

The livestream which aired earlier this year (May 22) and was shot on location across Glastonbury’s Worthy Farm site featured performances from acts including Wolf Alice, Michael Kiwanuka, George Ezra, IDLES, HAIM, Coldplay and Damon Albarn.

The six-hour livestream movie also included spoken-word interludes from artists such as PJ Harvey, and Jarvis Cocker, along with festival-founder Michael Eavis – with proceeds from the event, which was co-produced by BBC Studios Productions, going to Glastonbury’s three main charity partners, Oxfam, WaterAid and Greenpeace.

Glastonbury organiser Emily Eavis took to Twitter to congratulate Dugdale and share a short behind the scenes video clip of the director at work, saying: “The master at work. congratulations to Paul Dugdale on winning The award for Director Multicamera at the Royal Television Society Craft & Design Awards for Live at Worthy Farm. Here is a little film of him in action, recording Coldplay on the night of the livestream.”

The master at work.. congratulations to @thepauldugdale on winning The award for Director Multicamera at the Royal Television Society Craft & Design Awards for Live at Worthy Farm. Here is a little film of him in action, recording @coldplay on the night of the livestream. pic.twitter.com/CY8UmD2uNb

The £20 livestream, which was also screened in cinemas across the UK in partnership with Trafalgar Releasing, suffered technical issues that meant customers were effectively locked out for up to two hours and unable to use access codes to view the footage.

Multiple Grammy-nominated Dugdale has previously worked with acts including Taylor Swift, The Rolling Stones, Ariana Grande and Ed Sheeran, and has collaborated with Driift on multiple projects including Niall Horan’s livestream from London’s Royal Albert Hall.

Driift CEO Ric Salmon said, “Live At Worthy Farm was undoubtedly Driift’s most ambitious and challenging livestream to date. In the middle of the pandemic, it was a huge undertaking involving hundreds of people behind the scenes. Despite some well-documented technical issues with the transmission that affected some ticket buyers, I am immensely proud of what was achieved creatively and we are all delighted that the production and craftsmanship of the project, and especially the work of our brilliant director Paul Dugdale and his team, has been recognised with such a prestigious award.”

Dugdale said, “From a directorial perspective, Live At Worthy Farm was a hugely complex and physically demanding undertaking – shooting multiple performances across a diverse range of environments, and then editing the recordings into a coherent long-form film. Given the context of the pandemic and the shutdown of live music and festivals, I think it stands as an incredible team achievement and a work I’m extremely proud of.”