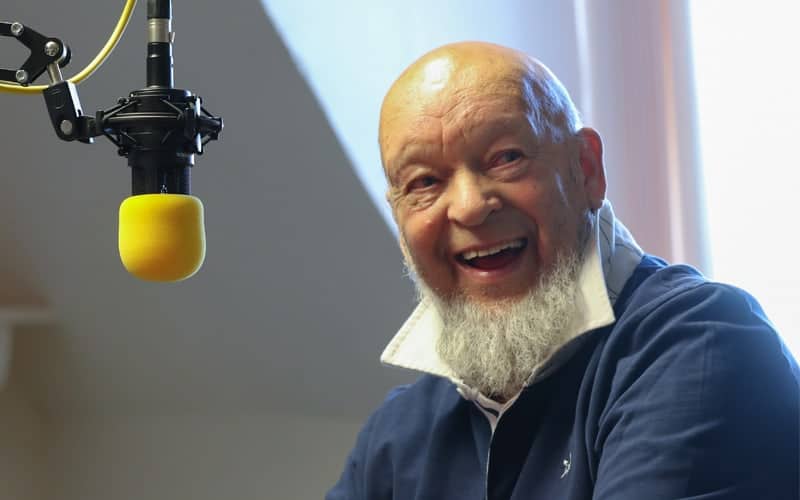 “I would like to do something smaller somewhere around the anniversary date of when we started, which was the 18th of September 1970”

Glastonbury founder Michael Eavis has said he is considering holding a smaller event in September following the iconic Festival’s confirmed cancellation – for the second year running – due to the COVID-19 pandemic.

In an interview to LBC‘s Tom Swarbrick (Thursday, January 21), Eavis said he hoped to hold a smaller event later in the year to belatedly mark the Glastonbury’s 50th anniversary – which was originally set to take place in the summer of 2020.

When asked if it could involve big-name acts who have previously performed at Glastonbury, Eavis replied: “Yes, but I do need to get reassurance from the ethics people.”

Swarbrick then posed a question as to whether the potential September event or the 2022 Festival would be “the biggest ever”, to which Mr Eavis replied: “I just hope it’s going to be the best we’ve ever done.”

A smaller event in September could perhaps take the form of Glastonbury’s annual Pilton Party – a one-off “thank you“ fundraising concert – usually attended by approx 7000 people each year – held at Worthy Farm every September for the villagers, workers and local people for their help in organising the Festival.

The legendary farmer explained to the LBC presenter that his decision to cancel this year’s event came following a conversation with health experts at Imperial College London (ICL), saying: “I’d been talking to the big-wigs at Imperial College day-by-day, and last night was the last straw when they said ‘no, this is really not going to happen’.”

Asked what ICL said to him, Mr Eavis said: “Six different people that were working on a trial at the farm only realised yesterday that they couldn’t get it through the ethics committee.”

However, he told LBC he is “very confident” about the festival’s future given the response he had seen in the media on Thursday, following previous fears that Glastonbury could go bankrupt.

Up until the very last moment, organisers had been working diligently in order to try and make it possible for the Worthy Farm-held event to go ahead safely this year, with Glasto-goers being told to expect a decision early this year.

Late last year, Glastonbury organiser Emily Eavis – daughter of Festival founder Michael Eavis – told the BBC that they are doing “everything we can” to ensure it takes place in 2021.

Eavis also noted that if the Festival could not happen in its traditional form, the organisers will consider inviting artists to perform on the farm for a series of live streams.

Furthermore, the Glastonbury organiser confirmed earlier this month that ticketholders for 2021 would be able to roll over their tickets to the 2022 edition of the festival if it doesn’t go ahead as planned this summer.

MPs have since spoken out in the wake of Glastonbury’s cancellation to warn that the future of festivals could be threatened.

If the main festival ever goes ahead again, they should consider making that smaller. It has become a victim of its own success and the very model of a consumer society. Bigger Better Faster More. They keep adding stages and areas. Nobody needs that much choice. They keep finding ways to get more people on site. Eavis says that we have to sell more tickets to keep ticket costs down. Does that not sound just like government doubletalk to you? Tell you what, have less acts, less stages, less mainstream bands. Nobody knows who will be on anyway till after… Read more »