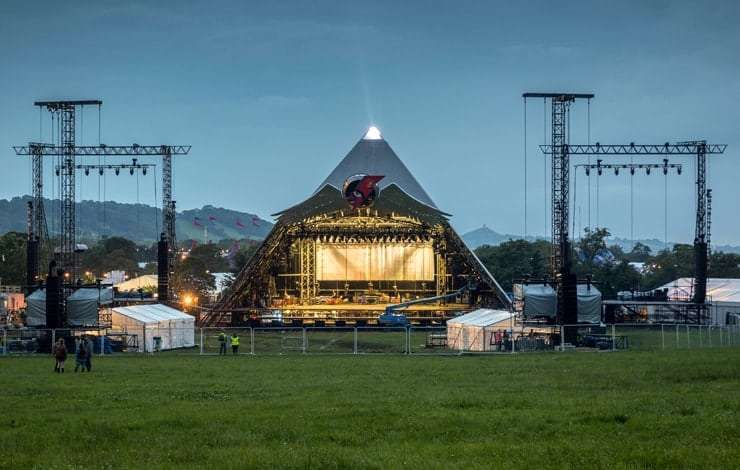 For the second year running, the EPAs event took place at The Novotel London West.

The award was presented to Steven and Holly Corfield of Serious Stages – who is the provider of some of the most iconic music festival stages around.

What an honour – thank you to all the staff ⁦@SeriousStages⁩ and everyone who has worked with us over the years to make this possible. We couldn’t have done it without you! ⁦@eventprodawards⁩ pic.twitter.com/lcGsUuOxL9

The awards evening which was hosted by Ian Stone took the format of a black-tie gala dinner – something which did not stop the legend that is Michael Eavis to present the award in his trademark denim shorts!

Thanks to our good friend Michael Eavis for coming up to present our award tonight. He even wore his shorts!!! #wholikesshortshorts ⁦⁦@GlastoFest⁩ ⁦@eventprodawards⁩ ⁦@Access_AA⁩ pic.twitter.com/iGKzeYuWp7

The legend that is Michael Eavis has just taken to the stage @eventprodawards pic.twitter.com/8ZSlBZk8z2

Serious Stages has been working with Glastonbury Festival for over four decades and were integral in the installation of the now iconic Pyramid Stage.

For the 2017 edition it once again supplied almost 60 structures which included the flooring and trussing on the Pyramid Stage, the four main stage roofs, most of the dance tent stages including the John Peel Stage and the Sonic Stage, the Ribbon Tower, plus multiple structures throughout the festival site including camera runs, media platforms, front of house structures, accessible viewing platforms and structural supports.

Building on the success of last year, Serious Stages once again worked directly with the BBC to design and build a 12.6m x 17.4m media studio, complete with a presentation platform which overlooked the entire site. Serious Stages now services more than 500 global events annually.