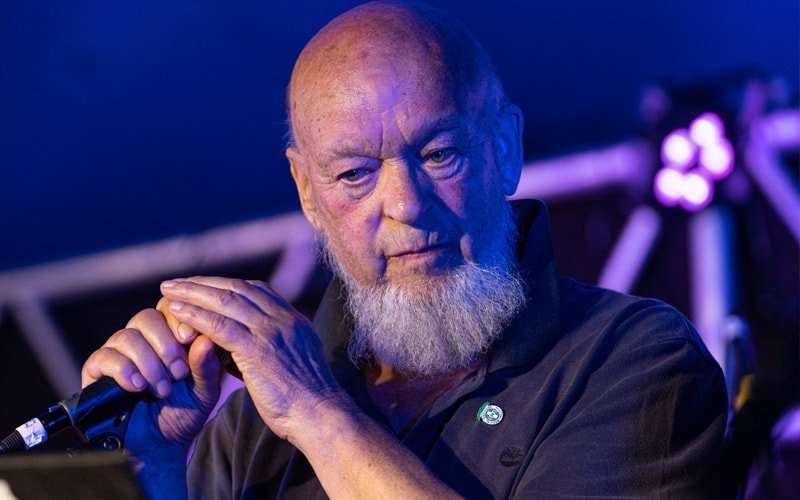 Glastonbury Festival founder Michael Eavis has shared a playlist compiled of “tracks that remind him of the festival’s first decade” (listen below).

Following the cancellation of this year’s event due to the coronavirus outbreak, Eavis has taken the time to reflect on his experiences at Worthy Farm back in the 1970s.

Titled ‘Michael’s 1970s playlist’, the Glasto boss’ Spotify compilation kicks off with Bob Dylan‘s ‘With God on Our Side’ and features the likes of David Bowie, The Byrds, T. Rex, The Moody Blues, Fleetwood Mac and Hawkwind.

Jimi Hendrix‘s ‘Hey Joe’ also makes an appearance, with the late musician having passed away the day before the first Glastonbury began back in 1970.

The Kinks’ Lola, also features on the playlist, even though the band did not end up playing Glastonbury 1970 – then named ‘Pilton Pop, Folk & Blues Festival’ – as they pulled and were later replaced by Marc Bolan’s T. Rex.

In the accompanying message, Eavis recalled being inspired to launch his own festival after visiting the ‘Bath Festival Of Blues & Progressive Music’. “I was completely gobsmacked; I had never seen anything like it before in my life,” he remembered. “In that moment, my perception of fun and joy had been changed forever.”

Eavis went on to talk about David Bowie’s “remarkable” performance in 1971 – “when he performed ‘Changes’ for the very first time” – and concluded the post by saying: “Anyway, I expect like me you are all keen to kick off again once the lockdown is lifted. But for now though, I hope that you enjoy my memories from the 70s,”.

This comes after news of Emily Eavis donating cotton tote bags to hospitals in need, while also giving away thousands of litres of hand sanitiser, gloves and face masks meant for Glastonbury 2020 to frontline emergency services – including Avon and Somerset Police and NHS staff.