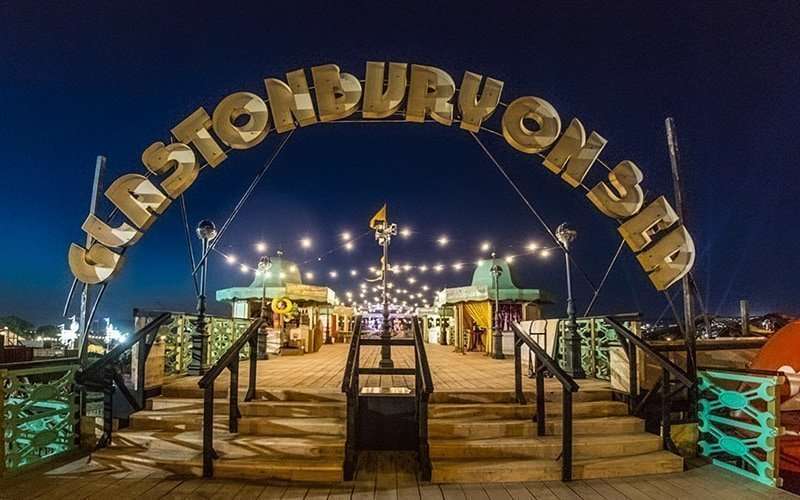 The Pier will be giving away the fudge to food banks, food deliveries for the elderly, Key Workers and Woman’s & family shelters amid the coronavirus pandemic

Glastonbury-on-Sea has confirmed it will be donating all of their souvenir fudge which would have been sold at the Festival’s 50th anniversary this summer.

The organisers of the 60-meter-long “Victorian” pier, AKA Glastonbury-on-Sea – said in a message posted via their Instagram account earlier today (April 21), that the souvenir packs will go to “local food banks, food deliveries to the elderly, Key Workers and Woman’s & family shelters locally”, while also urging people who live close to Pilton and know of any foodbank deliveries who would “like a little extra treat” to get in contact with them through a Direct Message to their Instagram account.

Hope you are all doing well out there! We are donating all our Glastonbury on Sea souvenir fudge meant for this years festival to local foodbanks, food deliveries to the elderly, Key Workers and Woman’s & family shelters locally. If you’re close to us in Pilton and you know of any foodbank deliveries who would like a little extra treat please DM us. Sending our love to you all! X

Designed by long-time Glastonbury creative partner and visionary, Joe Rush – Glastonbury-on-Sea had updated its “Area Page” on the Glastonbury Festival website earlier in the year while sharing artwork and a trailer consisting of some of the best moments from its debut at Glastonbury 2019.

Last year, Glastonbury founder Michael Eavis had revealed that Glastonbury-on-sea was set to return for the Festival’s 50th-anniversary – which was due to take place this summer – while sharing new details about the planned improvements to the attraction in the form of a “sea of pre-pitched tents”.

Cancelled due to the ongoing COVID-19 crisis, the 2020 edition of the Festival was set to be held at Worthy Farm in Pilton, Somerset – from Wednesday, June 24 through Sunday, June 28 – after the line-up poster and first wave of artists was released (March 12) which included Diana Ross, Paul McCartney, Taylor Swift, Lana Del, Kendrick Lamar and many more.