Last year, more than 200,000 cups were designed and manufactured in the UK, made from stainless steel sourced and smelted in Sheffield. The cups, available for a £5 deposit when festival-goers buy their first pint. Available from 10 major bars across the site, which in turn can be used throughout the event before returning, donating or keeping it as the festival comes to a close on the weekend. 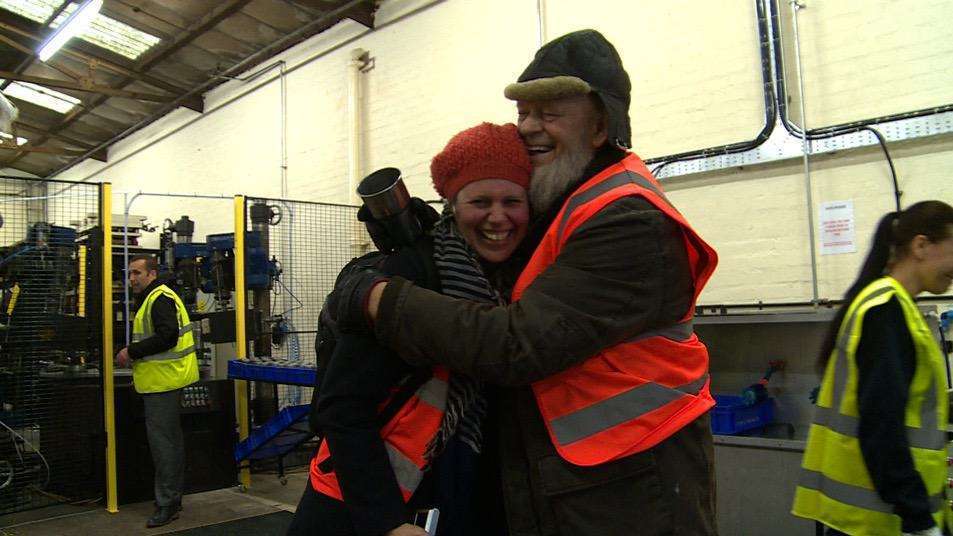 “Everybody said we couldn’t do it with something  on the scale of Glastonbury and it has been a major fight to get this scheme off the ground, dealing with everything from weights and measures to crushability tests.” – said Lucy Smith, The Festival’s Green Initiatives and Sustainability Coordinator (pictured with Michael Eavis, above)

Ms Smith added at the time, that ”for us, it’s part of the reusable revolution” and “It’s very similar to paying 5p for a carrier bag. We thin”k people will take to it. The pints are made by APS in Birmingham, and it was a significant part of the project to have them made with British stainless steel.” As well as for environmental purposes, festival organisers said that the move was motivated by a desire to help the British steel industry at a time when jobs were being put at risk. “I’m told the cup initiative is a bit of a revolution. But for me, the single most important thing was being able to source British stainless steel for the cups from the place where it was invented – Sheffield, and then to take it on to the home of manufacture – Birmingham,” Michael Eavis, festival founder, said.

“We’ve worked on this project over the last three years, which will hopefully encourage other UK businesses to think about how they can support our steel industry during these very challenging times,” Mr Eavis added.

For those who missed out on purchasing either the etched steel bottles or pint cups at this year’s Glastonbury 2017 Festival, now is your chance to do so, as both are now available in the official Glastonbury Festival online shop. 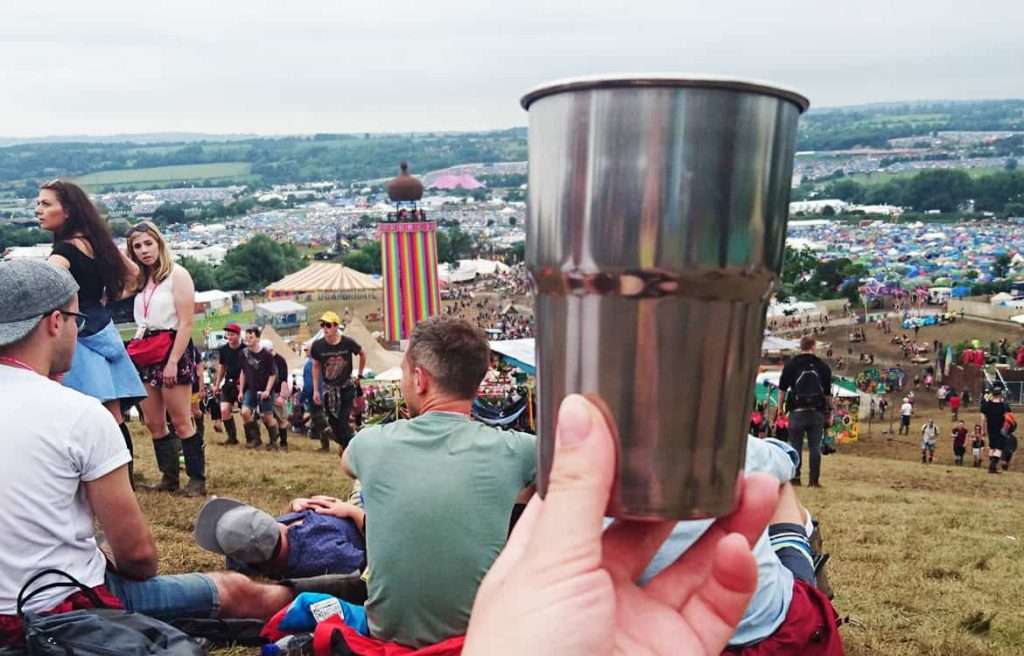 To top things off, all profits from sales of the bottles will be split between WaterAid and the Raw Foundation, an organisation working to educate, engage and empower young people to move towards sustainable consumption and production.