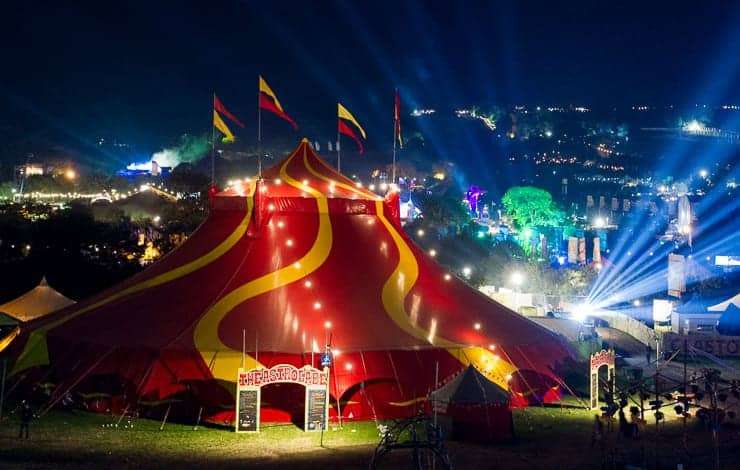 Naughty Corner is a multi-award-winning Liverpool-based theatre company which played Glastonbury 2019 with their immersive rave show based on a true story ‘Raves R Us’.

They had over 1,000 people raving along at the Sensation Seekers Stage for what turned out to be a massive hit. It has since played sold-out runs including Vault Festival London and was booked to play the Edinburgh Fringe Festival this year along with many other festivals including Liverpool Sound City, Brainchild, Highest point and are in talks to return to Glastonbury once again.

Since lockdown, Naughty Corner have been doing many online shows including a weekly theatre talk show throughout May, every Friday at 8pm, on the Naughty Corner Productions Facebook page.

Their aim is to keep the Liverpool theatre scene stimulated: connected and creative, inspired and entertained, during the summer meltdown. They opened with an impressive array of female talent including Izzy Balchin, Faye Caddick, Margaret Connell, and Samantha Alton on the virtual sofa to discuss their experiences, with musical guest Reid Anderson closing the show.

Their 5th episode and series finale – this Friday (May 29) – will feature the legend that is Haggis McLeod, the area manager of the Theatre & Circus Fields at Glastonbury Festival. McLeod curates the thousands of circus and theatrical acts and works closely with Michael Eavis.

Other guests include Tom MacRae BAFTA and Olivier award-nominated writer of west end smash ‘Everybody’s Talking About Jamie’ and BBC All Together Now’s The Sundaes.

You can tune in to Naughty Corner’s Facebook page on Friday, 29th May from 8pm for the series finale of “Naughty Talk”. 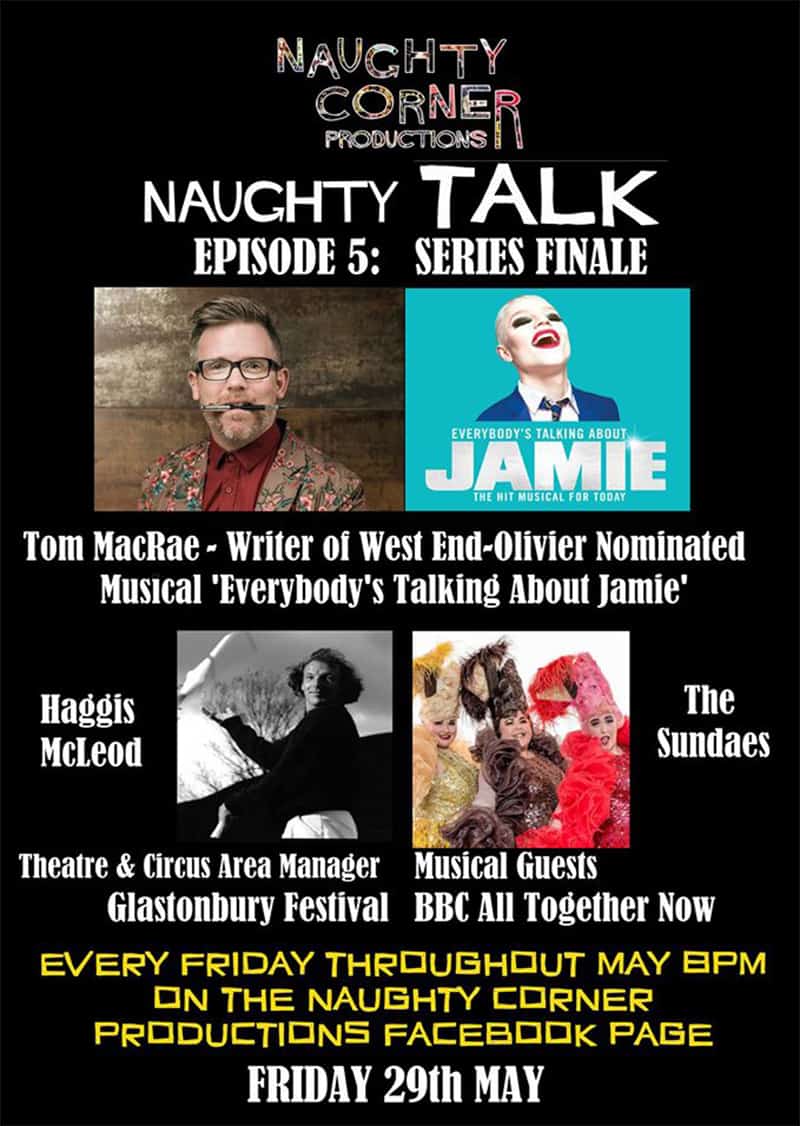