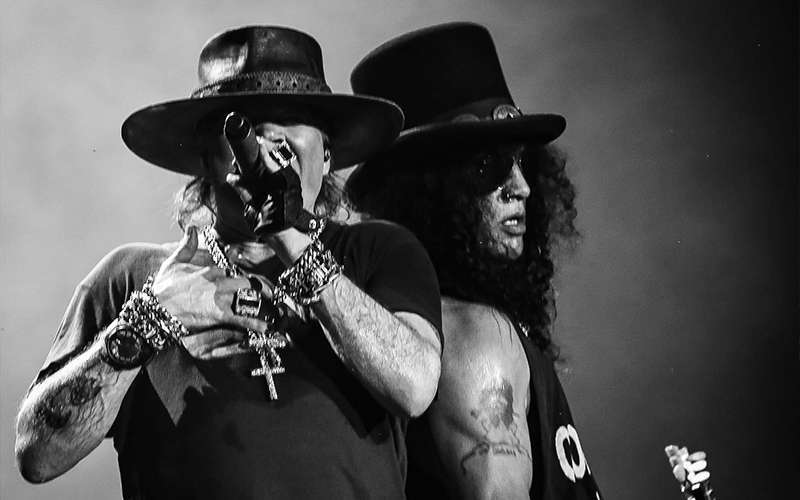 The American hard rockers have been mentioned as potential headliners more than once in the past – could 2023 finally be their year?

Guns N’ Roses are one of the bands currently rumoured for playing Glastonbury 2023 after Festival organiser Emily Eavis said the band need to play the Worthy Farm event at some point.

In an interview with Metal Hammer last year, Eavis was asked: “Who’s the heaviest band you would book for the Festival?” – to which she replied: “We had Napalm Death in 2017, and it doesn’t get much heavier than that! But I think Guns N’ Roses need to play here at some point don’t they?”

In the same interview, Eavis also mentioned the fact that Metallica – who were the first heavy rock band to headline the Pyramid Stage in 2014 – definitely inspired the Glastonbury team to book more heavy rock acts, from Motörhead and ZZ Top to the Earache Stage over in Shangri-La.

As of the time of writing, along with Elton John, GNR are listed by bookmakers as the third most likely act to top the iconic Pyramid Stage next June, with joint odds of just 1/2, behind Arctic Monkeys in first place at 1/10.

The short odds mean that for every £2 you stake on Guns N’ Roses to headline the Pyramid Stage, you will receive £1 if they’re confirmed as headliners (plus your stake), while anyone staking £10 on Arctic Monkeys will receive a profit of just £1.

Guns N’ Roses – comprised of Axl Rose, Duff McKagan, Slash, Dizzy Reed, Richard Fortus, Frank Ferrer, and Melissa Reese – have never played the Worthy Farm event before. However, Slash did perform on the Pyramid Stage at the 2010 Glastonbury Festival (as seen in the video clip below).

In other Glasto news

Pulp announced the dates of their reunion tour scheduled for next summer, leaving plenty of room for a Glastonbury performance, while Victoria Beckham ruled out a Glastonbury appearance as part of a Spice Girls reunion – following long-time speculation fuelled by her former band mates.

Some of the recent big-name acts to be rumoured for a possible performance at Glastonbury 2023 include;

Whispers of a possible Glastonbury performance started circling the web last month, after a couple of posts were published on the eFestivals forums website, pertaining to some apparent inside information “from a very reliable source”, saying that Roxy Music are set to play the Legends Slot at Glastonbury 2023.

The Sheffield-formed band are rumoured to have signed on “the dotted line” for a deal to headline Glastonbury 2023 after their UK tour sold out in mere minutes, once going up for sale in October.

Having never played at Worthy Farm before, Sir Elton John has long been rumoured for a performance at Glastonbury Festival, and some changes to his current ‘Yellow Brick Road’ tour schedule just happens to reflect a perfectly-sized Glasto-shaped-gap.

The American rapper – who is yet another name to have never played at Glastonbury before – was reported to be in “advanced talks” to headline the iconic Pyramid Stage at Glastonbury next summer.

Glastonbury organiser Emily Eavis did however say earlier this year that all three headliners for the 2023 Festival have already been booked.

You can follow and stay up to date with all the latest artists that have confirmed, self-confirmed or rumoured for Glastonbury 2023 in our constantly updated list, by clicking here.

Elsewhere, as of the time of publication, current SkyBet odds for Glastonbury Festival 2023 headliner are as follows: