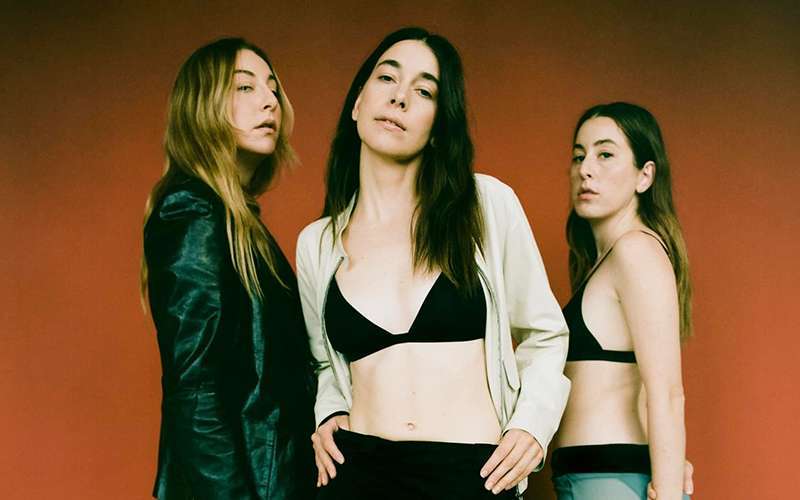 Haim have now confirmed they will be playing Glastonbury Festival when it finally returns this summer.

Breaking the news on social media this evening (25th February), Media and Arts Correspondent for ITV News, Nina Nannar, revealed the news via her official Twitter account saying: “Alana Haim has confirmed that her band with her sisters Haim are playing Glastonbury this year”.

The news comes after already strong rumours have recently been circling the web due to a source reportedly telling The Sun newspaper that the American folk-pop trio will perform before Noel Gallagher – who is also said to be pencilled in on the line-up for playing the Pyramid Stage on the Saturday of Glastonbury, just before the headliner.

Alana Haim confirms that her band with her sisters Haim are playing Glastonbury this year. #glastonbury pic.twitter.com/aBvaqrcZa5

The Los Angeles based band – comprised of three sisters, Este (bass guitar and vocals), Danielle (lead vocals, guitar, and drums), and Alana Haim (guitars, keyboards, and vocals) – were featured in the original Glastonbury 2020 poster and poised to play the Festival before it was forced to cancel for two consecutive years due to coronavirus.

Haim last played Glastonbury’s Other Stage in 2017 as well as in 2014. They also performed on the iconic Pyramid Stage back in 2013.

Other acts who have been rumoured to make an appearance at this year’s event include Candi Stanton, Brass Against, The Chemical Brothers, Harry Styles, Primal Scream, Basil Brush, The 1975, The Lathums, Foals and Wolf Alice – who were once of the first bands to be confirmed for the 2020 Festival before it was forced to cancel due to the worldwide pandemic.