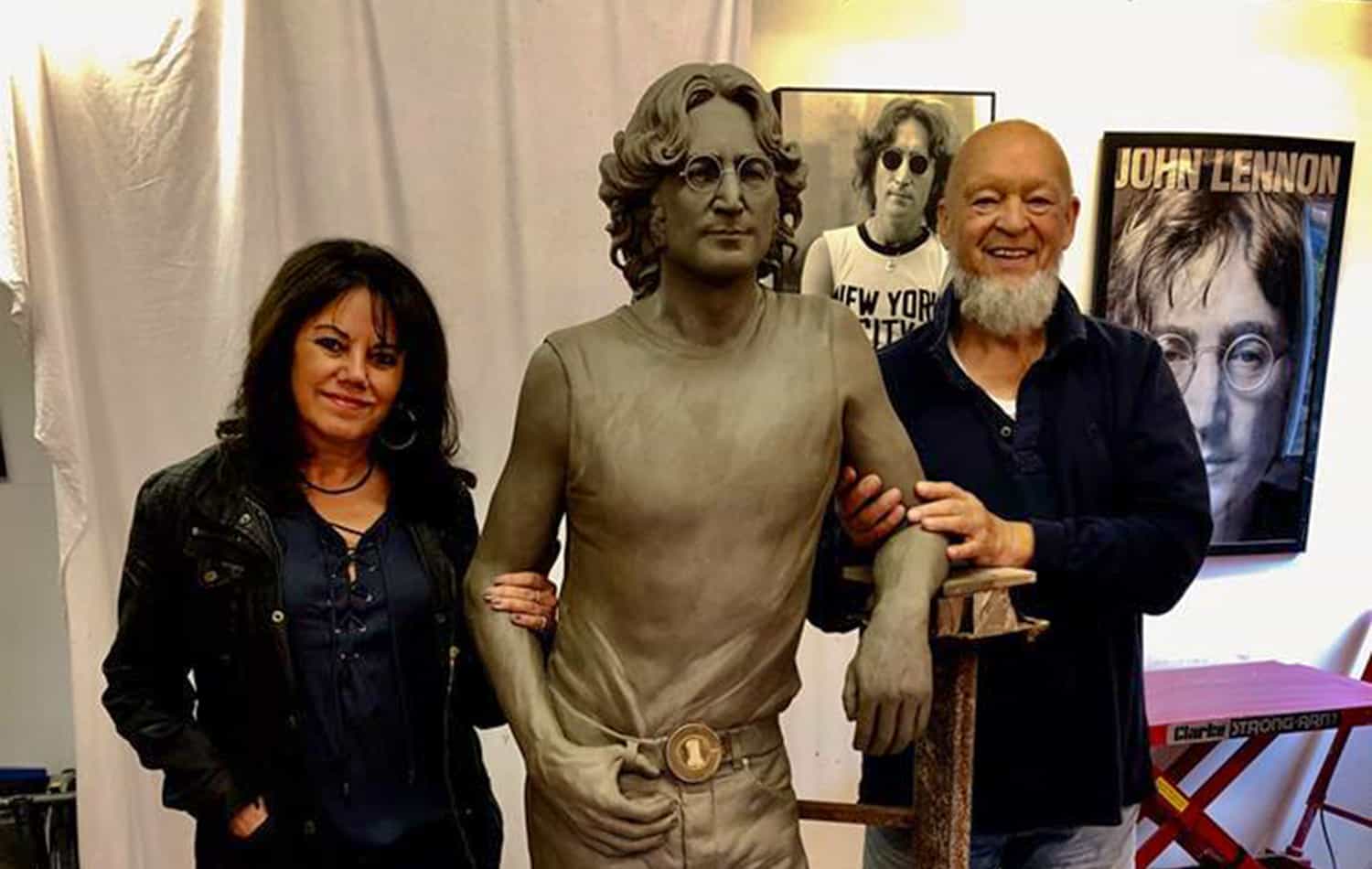 “Give Peace a Chance”

A statue of John Lennon created by Wells, Somerset artist Laura Lian is set to be exhibited at this year’s Glastonbury Festival.

The John Lennon Statue depicts the former Beatle leaning against a peace sign engraved with some of the lyrics from his song Imagine, along with the phrases “All you need is Love” and “Give Peace a chance”. The picture here shows the maquette prototype for the statues;

“I wanted to help spear John and Yoko’s message of Peace and Love to the world with the statue concept,” said Laura.

Glastonbury Festival founder Michael Eavis has invited Laura to take the statue to the festival this summer (26-30 June 2019) where it will be sited alongside the Campaign for Nuclear Disarmament (CDN) tent.

“We are really excited to have the opportunity to bring John’s message of peace to so many people at the world’s biggest festival,” said Laura.

Kate Hudson, general secretary for CDN, said: “CND is delighted that this magnificent statue of John Lennon with the CND peace sign will be joining us at Glastonbury in 2019. It is a beautiful piece of art that will help us in our campaign to promote a more peaceful world. Musicians and artists have a long tradition of supporting CND’s aims and this is only the latest example of culture and campaigning coming together to call for a world without nuclear weapons.”

“The symbol was originally designed for the first anti-nuclear march in 1958 and is the Campaign for Nuclear Disarmament’s logo to this day.”

The life-size sculpture represents an iconic image of John taken in 1974.  The clay model is very nearly finished as you can see from the picture below, and Laura hopes to have it completed for moulding by September to be cast in bronze by early spring 2019.

“We are looking for sponsors to support this project who have a passion for Peace, whether they be individuals, Beatles fans, corporate organisations, small businesses etc,” said Laura.

“The most important element is for anyone who believes in what we are doing, as it is important to have the right energy. Any donation, no matter the size, will be great to help fund this project and so spread John’s message of peace.”

A key aspect of the statue being shown will be to collect donations to our nominated charity, Warchild whose Mission is to protect, educate and stand up for the rights of children caught up in war.

War Child was founded in 1993 by film-makers David Wilson and Bill Leeson – the charity supports children who have become victims of war.

To help pay for Laura’s project you can head over to the John Lennon Peace Statue crowdfunding page HERE.