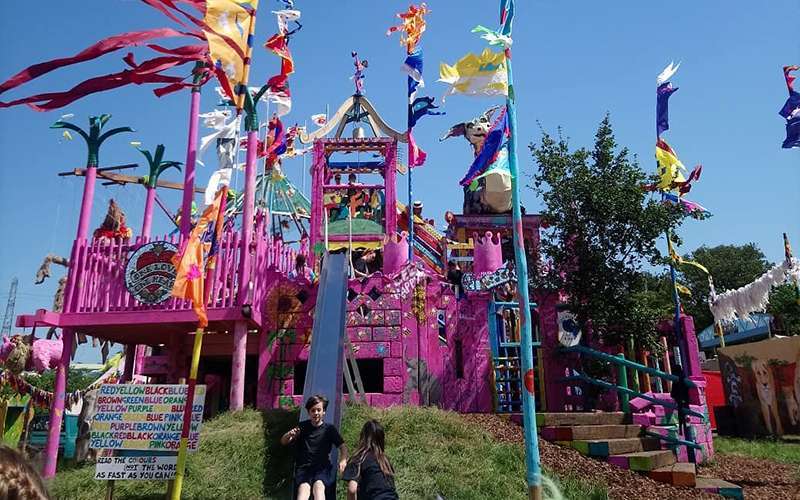 Kidzfield is the twelfth area to have its line-up poster revealed ahead of Glastonbury 2022.

Announcing the news via social media this morning (Monday, 16th May), Glastonbury officials said: “The legendary Kidzfield is back with an incredible line-up for children and families at this year’s Festival!”

Andy and the Odd Socks,  The Wind in the Willows and longtime rumoured, Kidzfield-staple Basil Brush are just some of the performers listed on the poster (below) – which kids, and adults alike, will be able to enjoy at this year’s Kidzfiels area. 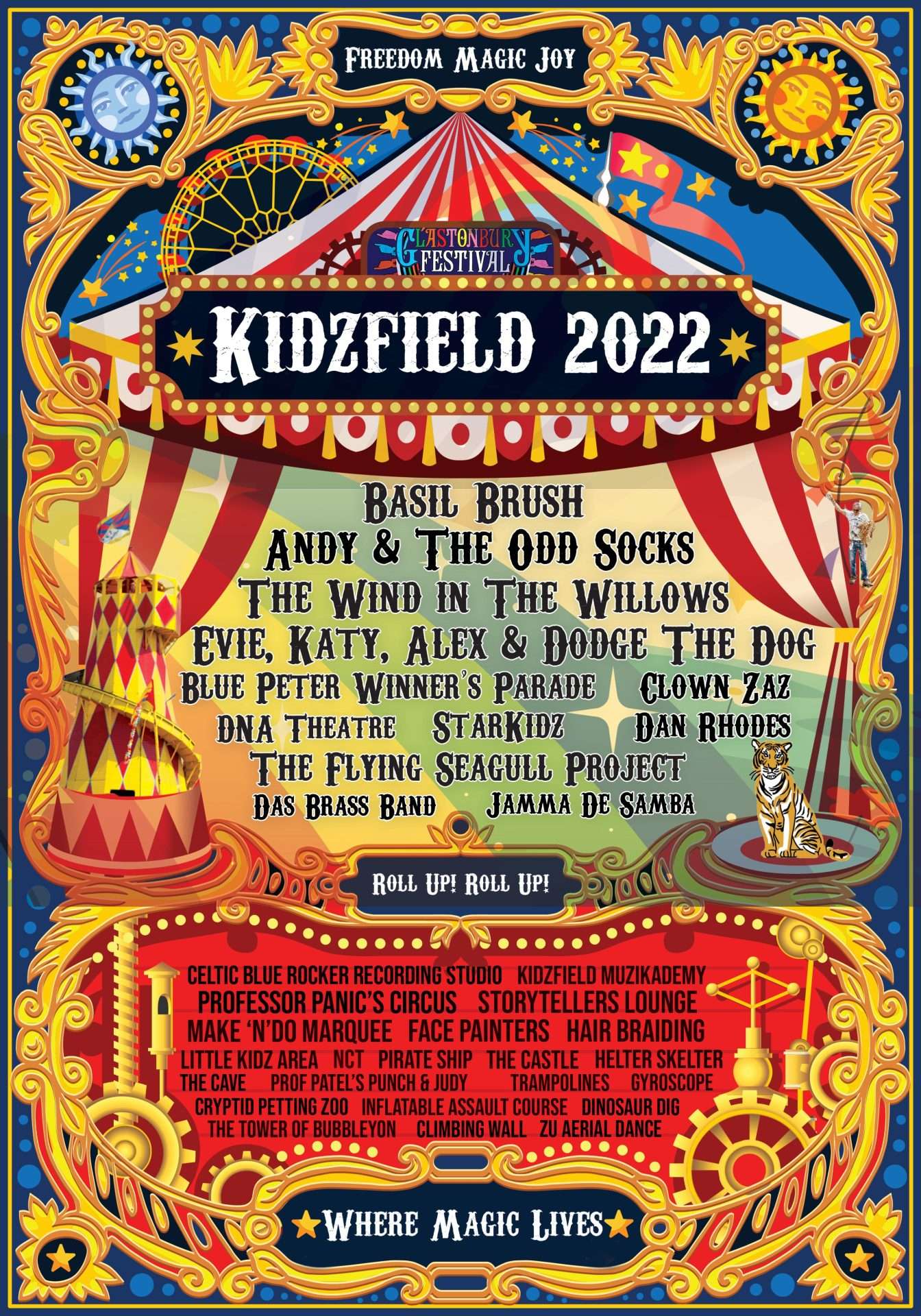 Located to the northeast of the Festival site, north of William’s Green and the Meeting Point, and west of The Acoustic Stage – children will find a field full of castles and aliens, bubbles and clowns, swingboats and roundabouts, magic and much much more.

As always, all children aged 12 or under are admitted free to Glastonbury 2022, and all activities within the Kidzfield will be without charge.

In addition to the recently revealed Kidzfield line-up, as it stands, Glastonbury has officially announced another eleven individual area line-up posters over the past couple of months – with at least another five more areas still to come.

Individual area announcements have been coming in thick and fast over the last couple of months now.

The Kidzfield was is the twelfth area to announce its individual line-up poster today – with at least another five more areas still to come.

Croissant Neuf‘s line-up was revealed just three days ago, on the 13th, and followed announcements from Acoustic Stage and The Glade earlier in the month – on the 12th and the 11th of the month, respectively.

Some of the recent artists to self-confirm for Glastonubry 2022 include Go-A, Fatboy Slim, Chris Difford, Carl Cox, Haim, Courtney Barnett, Glastonbury-staple Craig Charles and Black Dyke Band – who said they will be opening the Pyramid Stage on Sunday morning (26 June).