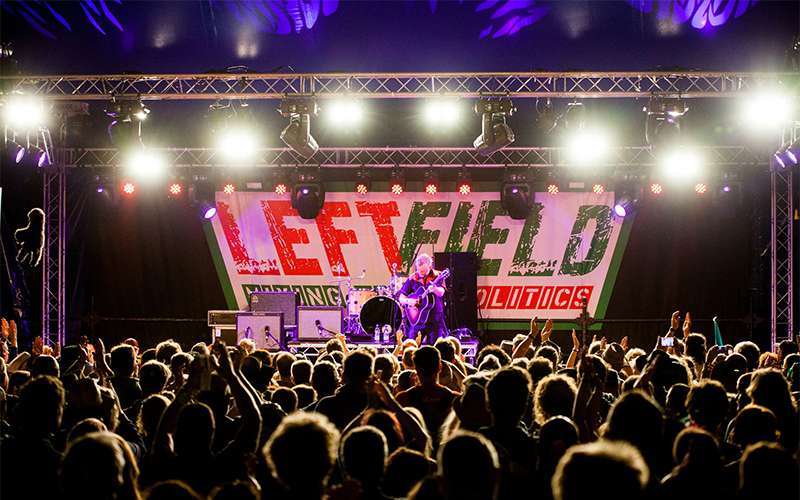 “Celebrating 20 Years of Pop and Politics”

The announcement comes after Arcadia was the last venue to release its bill for the 2020 event, less than a week ago on the 27th of April.

The names featured in the poster, shown below, and who will be performing on this year’s Left Field stage include Billy Bragg, Yola, Yard Act, The Regrettes, Billy Nomates, Jamie Webster, The Magic Numbers, Kam-Bu, Dylan John Thomas, Las Adelitas, Asylums, Brooke Combe in addition to many more artists and speakers. 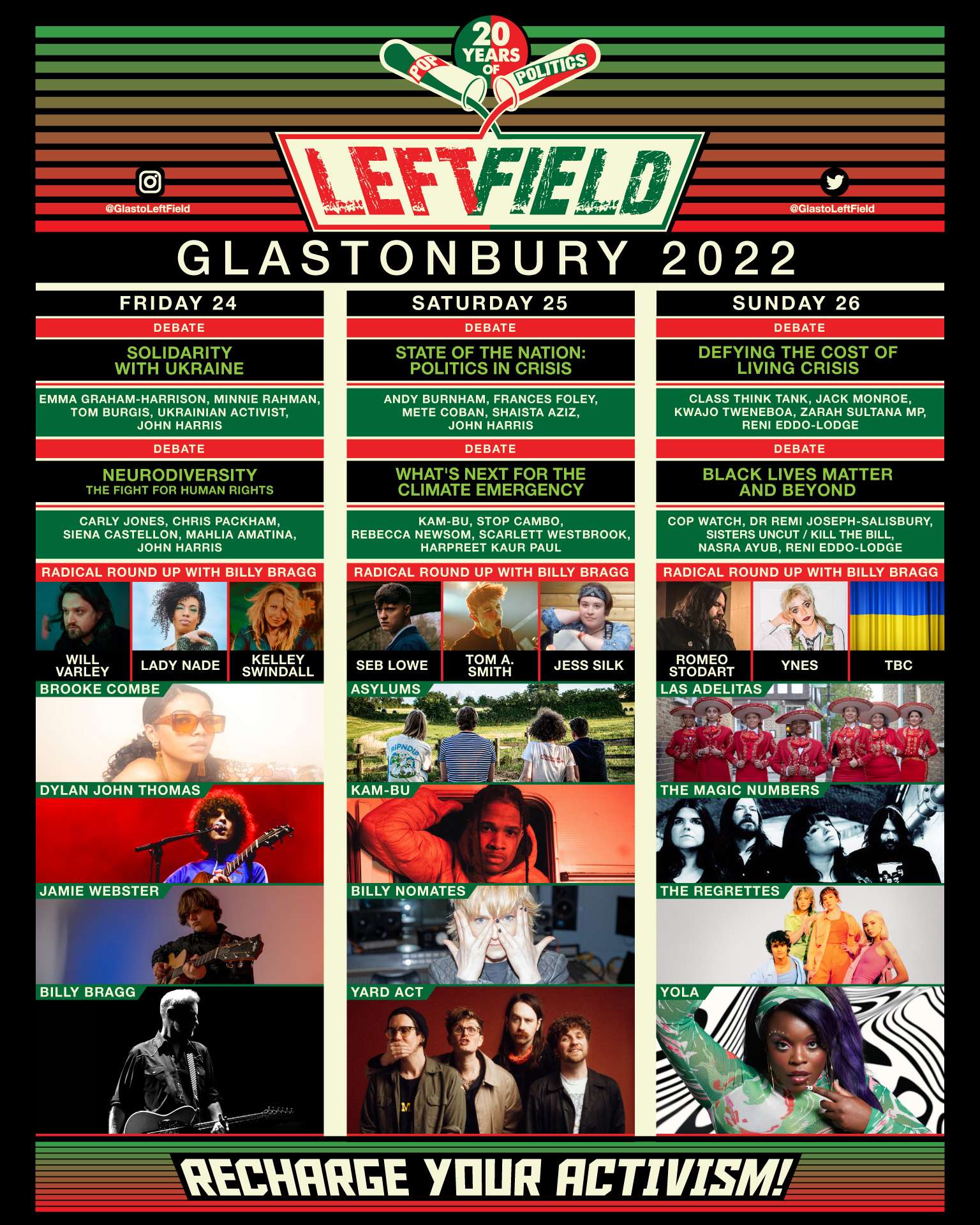 Billy Bragg, who programs and curates the Left Field stage, said: “So much has happened in the three years since we last gathered under the Left Field big top. We’ve pulled together an amazing roster of activists and artists determined to make sense of it all. Whether it’s radical perspectives or great music you want, come down to Left Field to recharge your activism in these challenging times.”

Meanwhile, Field of Avalon, Silver Hayes, Glasto Latino, Theatre & Circus Fields, Arcadia and most recently Left Field, are six of the areas to have revealed their line-up posters ahead of this year’s event – following Glastonbury’s first main line-up announcement poster revelation, shown below, which dropped in March of this year.