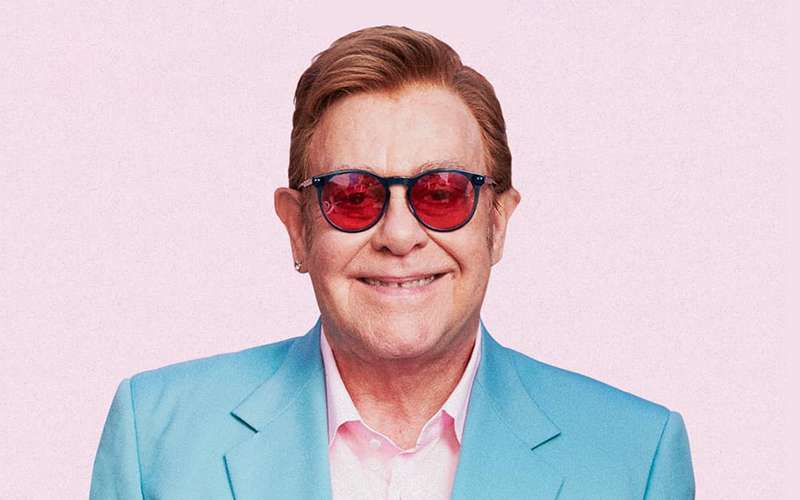 Elton John is the first act to be officially confirmed for playing at Glastonbury Festival 2023.

Breaking the news via its official social channels this morning (Friday, 2nd December) at 7:59 am, Glastonbury Festival wrote: “We are incredibly excited to announce that the one and only Elton John will headline the Pyramid Stage on Sunday night at Glastonbury 2023, for what will be the final UK show of his last ever tour.”

The announcement came a day after the official BBC Glasto Twitter account shared somewhat of an out-of-the-ordinary post, saying they’ve “caught a stunning shot of Glastonbury on [their] webcam”, while inviting fans to visit the website and view the ‘best shots’ for themselves.

Taking a closer look at the first shot on the site (seen below), revealed what appeared to look like a rocket ship flying over the iconic Pyramid Stage – obviously alluding to Elton John’s famous ‘Rocket Man’ song.

Glastonbury organiser Emily Eavis said: “It gives me enormous pleasure to let you know that the one and only Elton John will be making his first ever Glastonbury appearance, headlining the Pyramid Stage on the Sunday night next year.”

“This will be the final UK show of Elton’s last ever tour, so we will be closing the Festival and marking this huge moment in both of our histories with the mother of all send offs. We are so very happy to finally bring the Rocket Man to Worthy Farm!”, she added.

In addition to the BBC Glasto Twitter post, it appears that some clues were left scattered across the Twittersphere prior to the announcement when at least two accounts reported seeing a flashing in the sky the night before – with Emily Eavis and the official Glastonbury Festival Twitter accounts both ‘liking’ those tweets.

This came after strong rumours were already awash, following Sir Elton posting a photograph of himself on social media the day prior, writing on his Instagram Story: “One final date to announce… the Rocket Man is incoming.”

The Rocket Man singer is currently embarking on his final ever ‘Farewell Yellow Brick Road’ tour, which he will bring back to the UK next spring.

In a statement announcing the Glastonbury show, Sir Elton said: “As the end of my Farewell Yellow Brick Road tour comes into view, there is no more fitting way to say goodbye to my British fans. They have been beyond brilliant, and have supported me through all the highs and lows of my career.

“Every week I speak to new artists on my radio show and Glastonbury is often cited as a pivotal moment in launching their careers – the festival’s genuine, enthusiastic support for the best emerging talent is something I’ve long admired.

“I’ve been talking to Emily Eavis about it over the last few weeks and I can’t wait to embrace the spirit of the greatest festival in the world. It’s going to be incredibly emotional.”

Rumours were re-ignited earlier in the year after the singer was originally set to play in Glasgow on the 17th and 18th of June, before heading to Paris on Glasto-weekend to play three dates – the first of which was due to fall on the 25th of June, also known as the Sunday of Glastonbury 2023.

However, these dates were then rescheduled, with Sir Elton’s official website informing fans that the Paris dates will instead take place on the 21st, 27th, and 28th of June 2023 – and by doing so created a perfectly shaped Glasto gap in his schedule, leaving him free throughout the Glastonbury Festival weekend, which runs from 21rd to 25th June.

Despite his popularity, Sir Elton has never performed at Glastonbury and revealed back in 2015 that he had never been asked to play at the Festival.

As of this moment in time, except for Elton John, no other acts have been officially confirmed for Glastonbury 2023 – for all that, as with every Glastonbury-year, the speculation about who might play the legendary festival is always very high, and with the 2023 event fast approaching, the Glasto Rumour Mill is already spinning in full force.

Along with The Weeknd, Kraftwerk and Jack Johnson, some of the recent names rumoured for next year’s event include The 1975 – who are once again mentioned in the Glastonbury context after speculation started permeating the web when the Cheshire band confirmed new tour dates – leaving them wide open over the 2023 Glastonbury weekend.