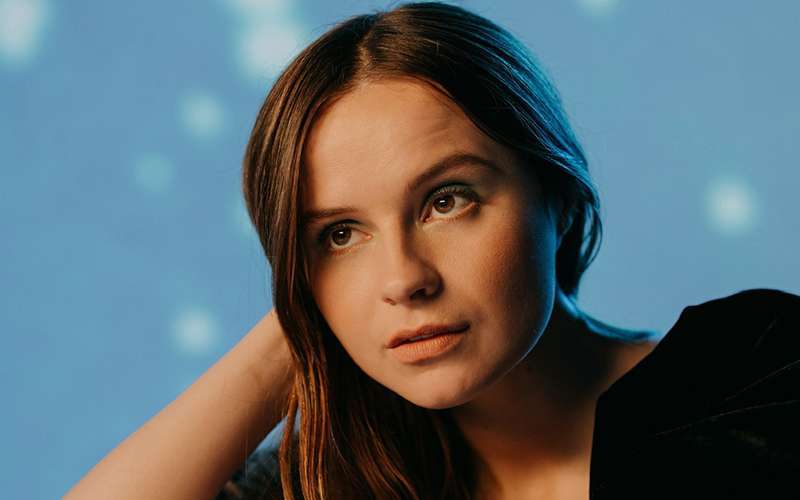 Gabrielle Aplin has confirmed she’ll be playing on the Avalon Stage at Glastonbury 2023 this June.

The announcement came yesterday (18th January), while speaking to Jo Whiley on BBC Radio 2. When asked if she’s got any upcoming gigs pencilled in for the summer of 2023, Aplin looked at her manager James to ask if she can say the “G-word” – while shortly after breaking the news live on air, saying: “I’m doing Glastonbury!”

When asked by Whiley if she has any further details as to when or what stage she’ll be playing, Aplin replied: “I don’t know what day, but I’m hoping it’s the Friday”, while adding that she’ll be “doing the Avalon Stage”.

Aplin signed a recording deal with Parlophone in February 2012 after amassing a following for her acoustic music covers on YouTube and rose to prominence the following November, when she was selected to record the soundtrack for a John Lewis television commercial with a cover of Frankie Goes to Hollywood’s “The Power of Love” – which went on to top the UK Singles Chart.

Her debut album, English Rain, was released in May 2013 to positive reviews and debuted at number two on the UK Album Chart and led to more singles: “Please Don’t Say You Love Me”, “Panic Cord”, “Home” and “Salvation”. English Rain has since been certified Gold in the UK, selling over 100,000 copies.

The Chippenham-born singer-songwriter released her 4th album, Phosphorescent, earlier this month (6th January), which was released independently through her own label, Never Fade Records.

You can listen to the full interview with Gabrielle Aplin on BBC Radio 2 for the next 29 days on BBC Sounds.

In other Glastonbury news, Arctic Monkeys and Guns N’ Roses are now looking highly likely to join already confirmed Sunday night headliner Elton John at Worthy Farm this summer as the Friday and Saturday night Glastonbury 2023 headliners (respectively), after even more fuel has been added to the fire of already very strong rumours circling the web.

Elsewhere, Robbie Williams has once again expressed his desire for playing at the Festival after being asked what his thoughts are about doing the Legends Slot at the Worthy Farm-held event.