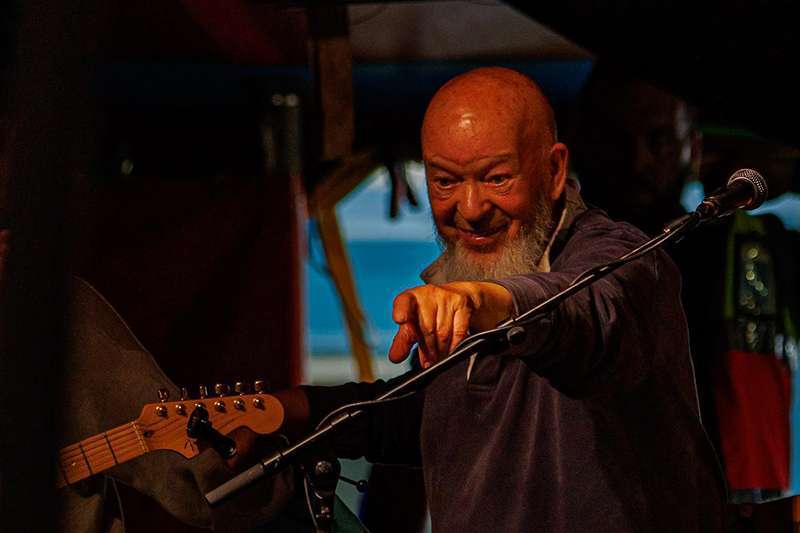 William’s Greens with the overspill

With rumours of Bastille’s “secret set” catching fire and spreading across the Festival site, the area grew so busy that Glastonbury officials had to issue a warning asking festival-goers to try and avoid that zone for a few hours and head to other parts of the site.

William’s Green is currently very busy. Please try to avoid that area for a few hours and head to other parts of the site.

The tent was already experiencing some overspill with fans spreading far into the field for Spice Girl icon Mel C’s DJ set, with more people piling in when Eavis’ backing band arrived after.

The ‘Michael Eavis band’ played two songs, before the legendary dairy farmer took to the mic to perform a run of Elvis tracks including ‘Suspicious Minds’, ‘Can’t Help Falling In Love With You’ and ‘Always On My Mind’, as well as Frank Sinatra’s ‘My Way’ and ‘Good Year For The Roses’ by Elvis Costello and The Attractions – as seen in the video below.

Back in 2019, Michael and his daughter and Glasto-organiser Emily Eavis both sang at the Avalon Cafe, in what has now become somewhat of a festival tradition.

having sung at the Avalon Cafe in 2019 and delivering a cover of ‘Somethin Stupid’ with his daughter and Glasto organiser Emily Eavis.

Yesterday, Wednesday the 22nd of June, saw Glastonbury finally open its gates after three long years, in what was a very emotional start to the Festival.

Today, thousands more Glasto-goers are expected to arrive at Worthy Farm despite the continued rail strikes and thunderstorm warnings from Met Office.

You can now follow our GlastoLiveBlog for updates including photos, videos, general information and teasy tasters of what’s going down on Worthy Farm at Glastonbury 2022.

We’ve also put together a compiled list of all the secret sets slots which could take place at this year’s festival which you can now view here.

In addition to the official Glastonbury app from EE finally being released, Co-op also confirmed the return of its pop-up store to Glastonbury 2022.

Meanwhile, a few weeks ago, the BBC reveal its coverage plans for this month’s Glastonbury Festival and confirmed it will be the first time the Beeb has broadcast any music event in Ultra High Definition.

While another exciting announcement revelation included the new Glastonbury 2022 map, which featured lots of interesting changes and improvements to the site grounds ahead of the Festival this June.