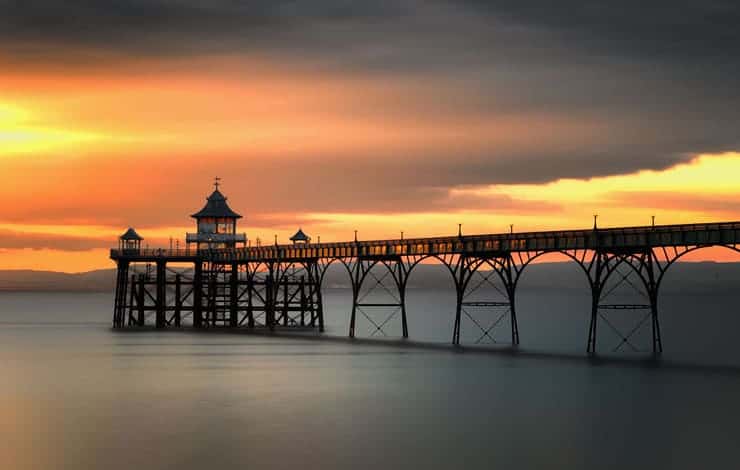 The new venue is an outdoor mini-festival space right next to London Bridge which features vintage market, food and drink stalls.

Kicking off the event, Eavis delivered an opening speech mentioning the fact that Glastonbury has been going now for almost 50 years.

Eavis then revealed that Rush will be building “an enormous pier” for this year’s festival which will be called “Glastonbury-on-sea”.

The new project is said to resemble a “Victorian pier” and will stretch 60-meters long!

Anyone who’s been to Glastonbury since the early ’80s has more than likely been exposed to Rush’s outstanding artwork at some point or another – from 1985’s Skull Bus and 2003’s Joe Strummer Memorial Tree to 2015’s Peace Time Flies and 2017’s Ccinemageddon, Rush has been there every step of the way.

Below are pictures of just some of Rush’s brilliant artwork which has been featured throughout the site over the years.

Joe Rush’s on-site studio is on display right now over at the newly opened Vinegar Yard which provides a great opportunity to go and see his work in progress inside the venue – open daily from 10am – located at 80-82 ST. Thomas Street, London SE1 3QU.