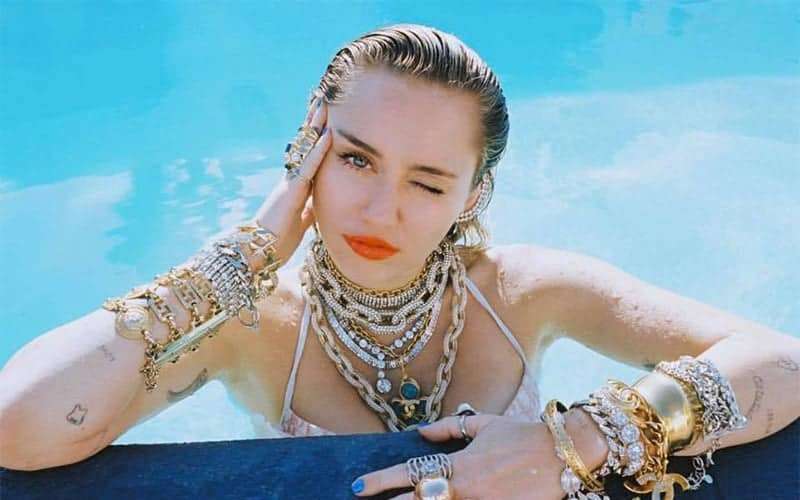 The American singer-songwriter encourages everyone to name their ‘Glastonbury’

Miley Cyrus has admitted she has never been more terrified in her life than the time she played Glastonbury 2019.

Speaking to Apple Music’s Zane Lowe (Monday, November 23), Cyrus said: “Every time I’m scared I just picture Glastonbury. It makes you want to crawl into a hole where no one can find you. I did not want to go on that stage”.

The American star revealed that she hadn’t prayed in ten years, but got on her hands and knees and prayed prior to taking to the iconic Pyramid Stage, she said: “I was thinking I was actually going to have a heart attack, or I’m actually going to fall to the floor and faint, ’cause most of the time I envision and see myself doing it […], [with Glastonbury] I couldn’t see it, and that’s what I kept on saying, I don’t have any premonition about this.”

Cyrus admitted that she was so terrified and was glad that her dad came on stage to perform ‘Old Town Road’, but really all she just wanted was her dad there ’cause she was scared, now admitting: “When I’m terrified, I can feel the lump in my thought, I just really picture Glastonbury, and I encourage everyone to name their ‘Glastonbury’ […], the thing that you were most afraid of and you conquered it”.

Miley Cyrus took to the Pyramid Stage for her very first Glastonbury performance on the Sunday evening at the 2019 edition of the Festival.

She opened with her country banger collaboration with Mark Ronson ‘Nothing Breaks Like A Heart’, while also performing a cover of Amy Winehouse’s ‘Back to Black’, in addition to covering her Godmother Dolly Parton’s ‘Jolene’ and bringing out her dad Billy Ray Cyrus (and Lil Nas X, too!) for a cover of ‘Old Town Road’.

You can watch the full Miley Cyrus interview below. She starts speaking about Glastonbury from around the 16:20 time mark.