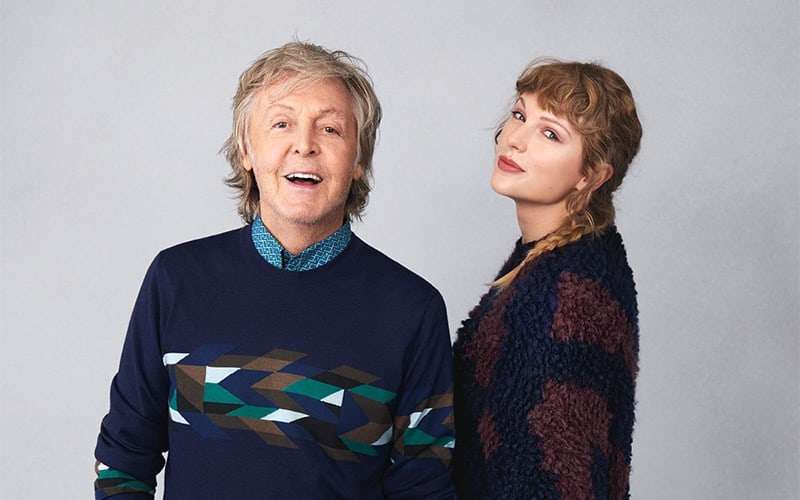 Paul McCartney has revealed he was planning on asking Taylor Swift to join him on stage at what would’ve been Glastonbury Festival‘s 50th anniversary.

Participating in what is the first in a series of new conversations between artists – hosted by Rolling Stone – McCartney and Swift talk about songwriting secrets, making albums at home, and what they’ve learned during the pandemic, amongst other things.

Swift pointed out that if this year had gone the way that they thought it was going to go, she and McCartney would have played Glastonbury this year, and instead, they both made albums in isolation.

The American star said that “it would’ve been so fun to play Glastonbury for the 50th anniversary together”, to which Macca replied: “It would’ve been great, wouldn’t it? And I was going to be asking you to play with me.”

Swift: “Were you going to invite me? I was hoping that you would. I was going to ask you.”

McCartney: “I would’ve done “Shake It Off.”

Swift: “Oh, my God, that would have been amazing.”

You can read the full exchange between the two stars here.

Last month, Glastonbury Festival‘s General Counsel for over 26 years, Ben Challis, discusses the cancellation of Glastonbury 2020 and plans for 2021 – confirming that the Festival is “still looking at June 2021”.

Meanwhile, Glastonbury founder Michael Eavis recently spoke about the challenges that the Festival faces with COVID-19 and some possible measures which could be put in place for Glastonbury 2021, saying: “The testing is going so well now, there could be massive testing arrangements…”

In looking ahead to next year’s event – set to take place at its natural home in Worthy Farm, Pilton, Somerset, from Wednesday 23th to Sunday 27th June – here’s everything we know about the 2021 instalment thus far.