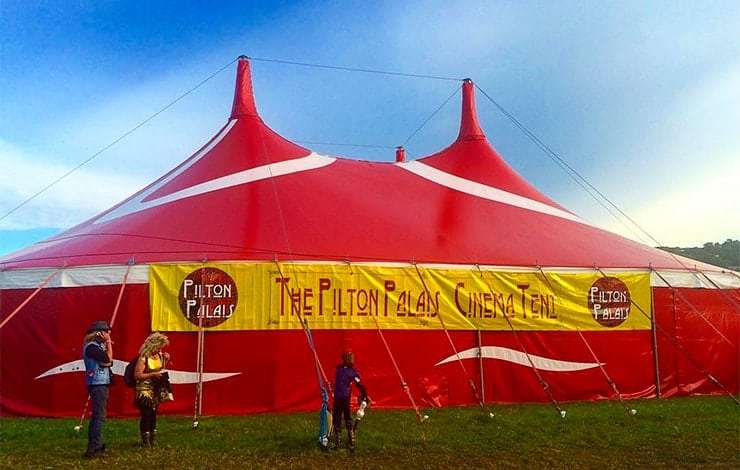 This year’s Pilton Palais film programme will include premieres and new movies such as Beats, The Dead Don’t Die, Yesterday, Rocketman and Avengers: Endgame – as well as cult movies like Pulp Fiction, and family movies like Spider-Man: Into the Spider-Verse, How to Train Your Dragon 3, Spirited Away and more. See the 2019 programme below. 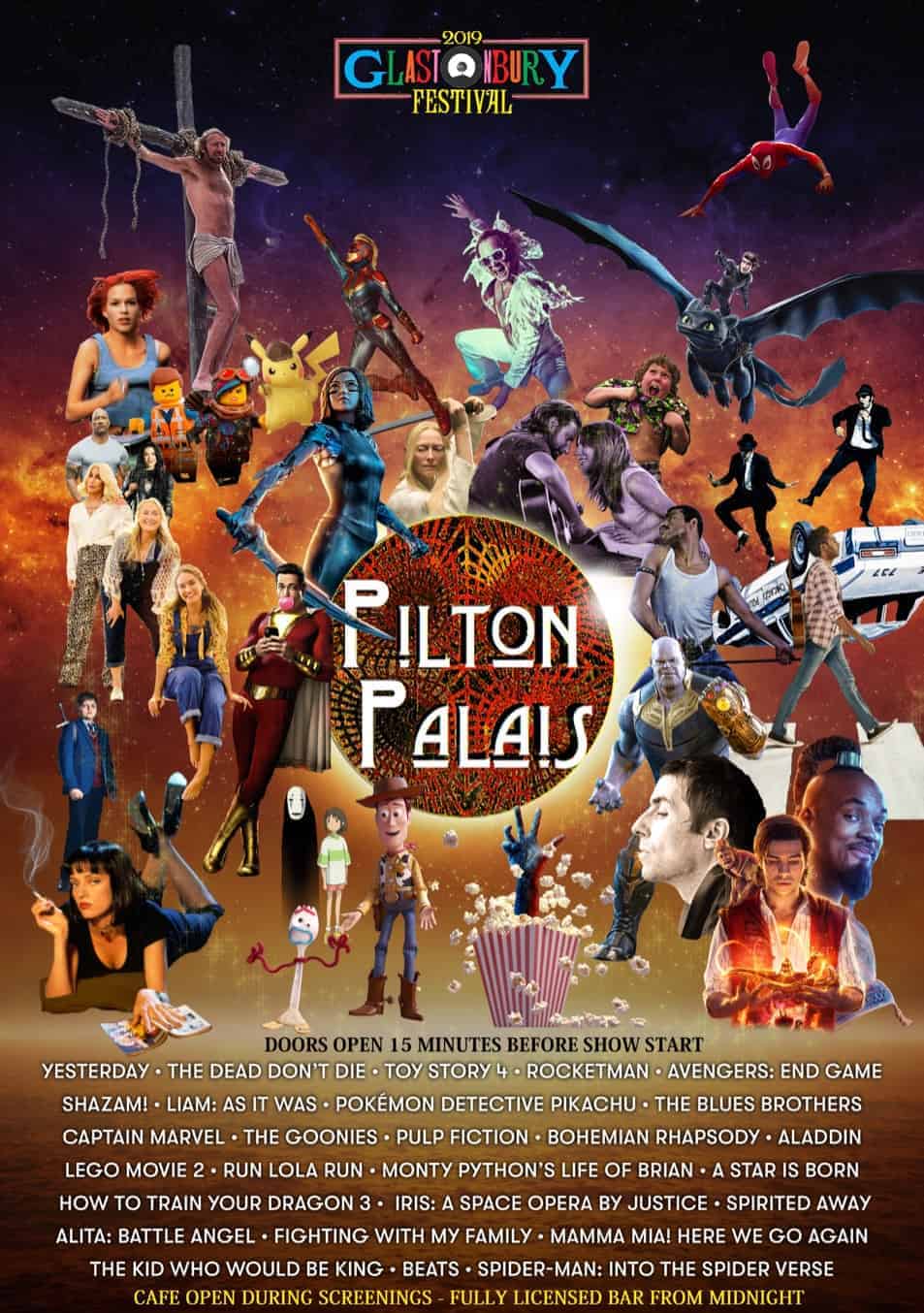 In addition to movies, there will also be a quiz with prizes to be won, and a party – The Pilton Palais team encourage everyone coming to the tent to dress up as a character from a movie.

Watch the full video announcement below.

This year marks the 36th anniversary of Pilton Palais, as Glastonbury’s picture palace continues to bring an eclectic selection of films to the Worthy Farm event.

For the full screening-times schedule head over to Glastonbury’s official website.