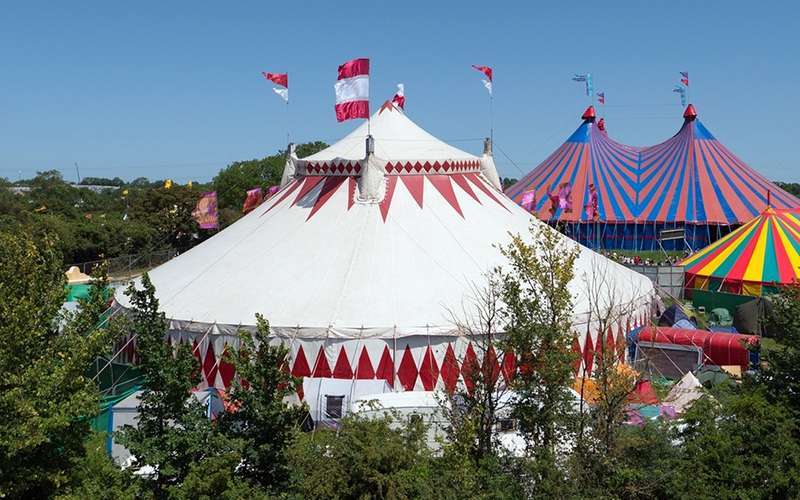 Highlights include The Greatest Showman Official Sing-A-Long, after mid-night screenings of Rocky Horror Picture Show, as well as a special screening of Minion’s: The Rise of Gru and the new feature-length version of Brian and Charles…

Announcing the news via Twitter this afternoon (Wednesday, 1st June) at 1:00 PM, Glasto officials said: “Our cinema tent, Pilton Palais, is back again for 2022 with a schedule packed full of great films!”

The 2022 roster poster (seen below) includes films such as The Beatles: Get Back – The Rooftop Concert, The Matrix, Doctor Strange In The Multiverse Of Madness, Fantastic Beasts: The Secrets Of Dumbledore and many more.

Highlights include The Greatest Showman Official Sing-A-Long, after mid-night screenings of Rocky Horror Picture Show, as well as a special screening of Minion’s: The Rise of Gru and the new feature-length version of Brian and Charles, both of which are not out until July.

Their featured musical artist this year comes direct from Hawaii:- Taimane Gardner, Ukulele Virtuoso & composer who will be playing six, fifteen-minute film-themed sets in the Pilton Palais ahead of specific films. 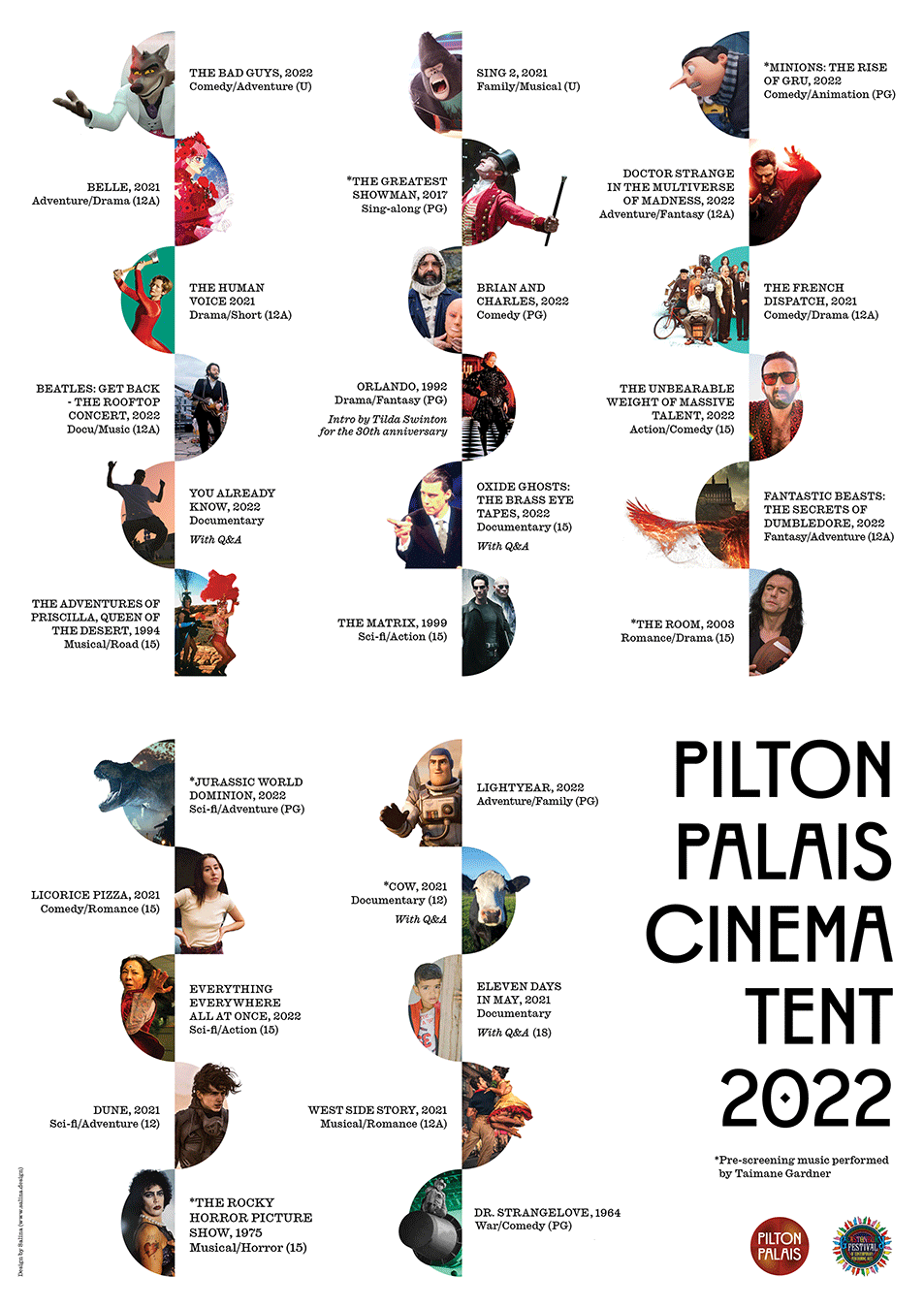 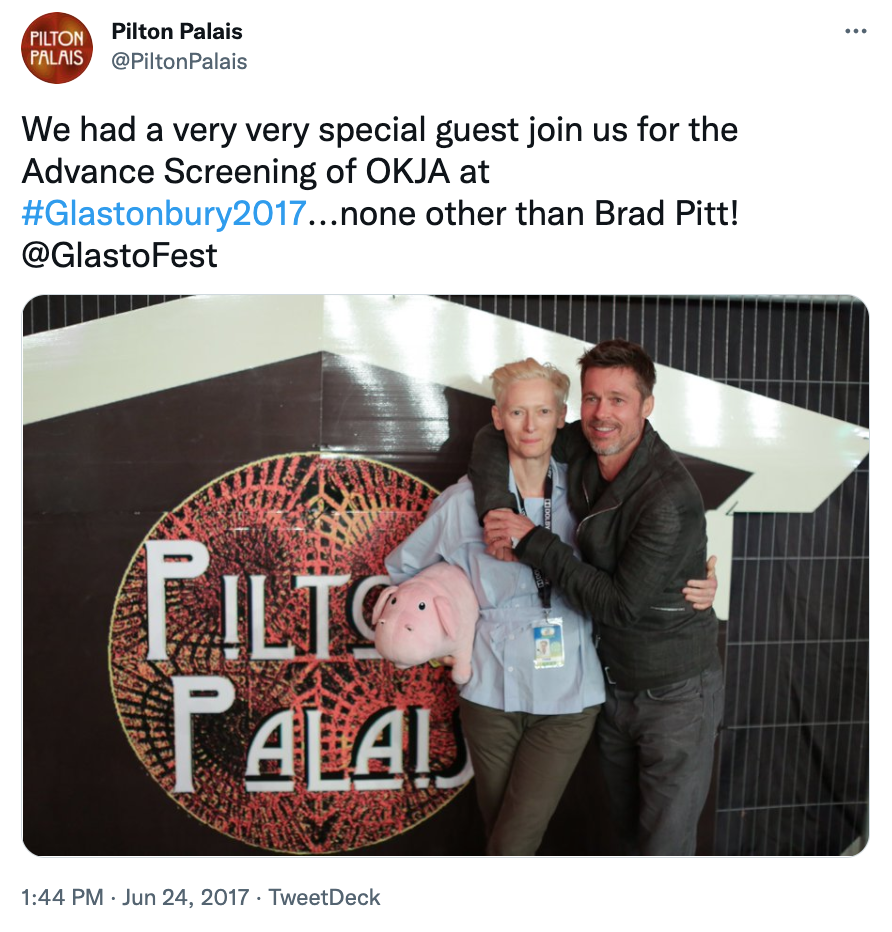 Ahead of their anticipated return in 2022, Pilton Palais released the following statement: “It’s great to be back and in full swing again after two enforced fallow years. Things have changed considerably in the cinema world during this time, what with most film productions shutting down for almost two years, and even now some older audiences are still reluctant to set foot inside cinemas again, with some films releasing straight to streaming platforms, while others only stay in cinema’s a month or so at most before moving on to streaming.

Adding: “This initially presented us (Riyad and myself, joint area organisers) with a big challenge putting together a relevant program, but I think you will agree we have risen to the occasion. In fact, I’d go so far as to quote the big man himself Mr Eavis, with those immortal words and say “I think this is the best festival (film line-up) yet !!”,”

Scroll down to view the full day-by-day listing, alongside a video hosted by Radio 1’s film critic Ali Plumb. You can also view the film synopses here, or read more about this year’s Pilton Palais over on the official area page here.