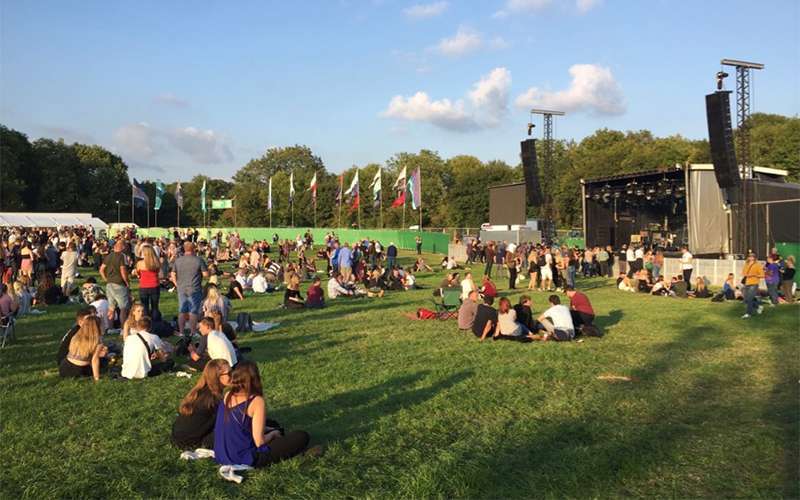 Tickets for Pilton Party 2022 have now been released online.

After a three-year break, Glastonbury Festival’s annual ‘thank you’ fundraising gig for villagers, workers and local people – known as the Pilton Party – returns to Worthy Farm on Friday 2nd September, 2022.

Earlier today (Saturday, 27th August) the Festival announced that Pilton Party tickets have now been released online and are available to purchase from the See Tickets website, as well as in-person from the Festival Office on Worthy Farm.

This news follows the first wave of tickets which was released on Saturday, 6th August at The Old Festival Office on Northload Street in Glastonbury town centre and was available to purchase by locals only.

For more information on Pilton Party 2022 and the full Terms & Conditions, please head to the official Glastonbury website.

Glastonbury organisers revealed earlier this month that Mercury Prize winners Elbow will be headlining the gig, along with Leicester band Easy Life who are also set to perform at the event.

The Velvet Hands and Inkara are also billed for an appearance as support acts, followed by a DJ set from Patmandu which will kick off when the live music ends at around 11pm, and will run until midnight.

Normally, artists that make an appearance at the Pilton Party tend to also be featured on the upcoming Glastonbury line-up, although both Elbow and Easy Life have already played the most recent edition of the Festival which took place earlier this summer.

Back in 2019, Oxford-formed band, Supergrass, reformed ahead of that year’s Pilton Party and went on to headline the event that night.

The band were then set to play at the 2020 edition of the Festival until the worldwide pandemic forced it to cancel, before finally getting together to perform their reunion show two years later at Glastonbury 2022.

Wolf Alice also went on to play at Glastonbury 2022 after being featured in the Pilton Party 2019 line-up.

Other notable past Pilton Party headliners have included Fatboy Slim, Foals, Florence and the Machine, Paulo Nutini and ex-Oasis Liam Gallagher in 2017 – which managed to raise thousands of pounds for a Pilton village fund,

Pilton Party was originally established in 1984 and is held in late summer as Michael Eavis’ thank you to the villagers of Pilton for enabling him to host the world-famous Glastonbury Festival on their doorsteps.

The money made from the event goes back into the local economy and by doing so benefits the parish church, village hall, play school, football club and the Pilton Working Men’s Club, among others.