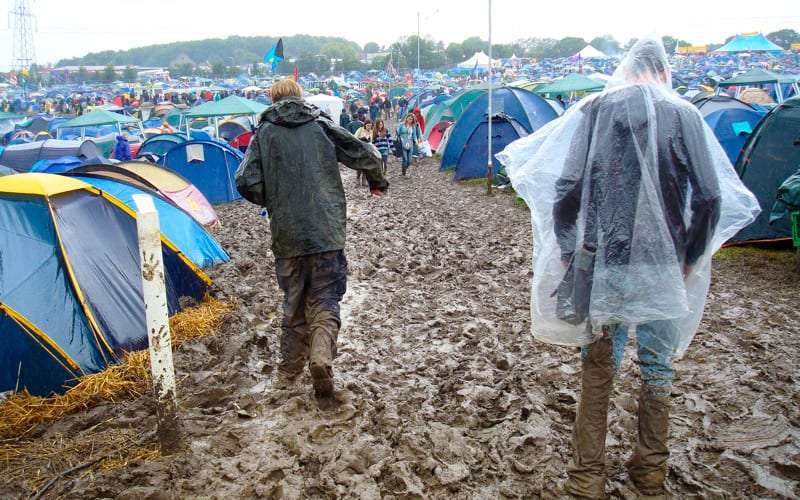 Glastonbury Festival has confirmed it has donated “several thousand” ponchos to hospitals in the south-west of England, which have been searching for alternatives to personal protective equipment (PPE) as supplies run out across the country – due to the coronavirus pandemic.

Glastonbury organiser Emily Eavis has told the Guardian via a spokesperson that the Festival, which cancelled its 2020 edition because of the COVID-19 outbreak, had given the disposable garments to “hospitals in the West Country” as PPE stocks run low.

Eavis confirmed the claim that had been circulating on social media earlier today (April 15), that a “large well-known summer festival” was asked if it had “any ponchos going spare”, because the NHS could not source enough aprons and PPE.

A senior NHS worker that I know just told me that his office have literally emailed a large well-known summer festival to ask for any ponchos going spare, because they can’t source enough aprons and PPE. I’m not even slightly joking.

This follows news of Michael and Emily Eavis donating cotton tote bags to hospitals in need, while also giving away thousands of litres of hand sanitiser, gloves and face masks meant for Glastonbury 2020 to frontline emergency services – including Avon and Somerset Police and NHS staff.

Glastonbury 2020 was set to be held at Worthy Farm in Pilton, Somerset – from Wednesday, June 24 through Sunday, June 28 – after the line-up poster and first wave of artists was released(Thursday, March 12) which included Diana Ross, Paul McCartney, Taylor Swift, Lana Del, Kendrick Lamar and many more.