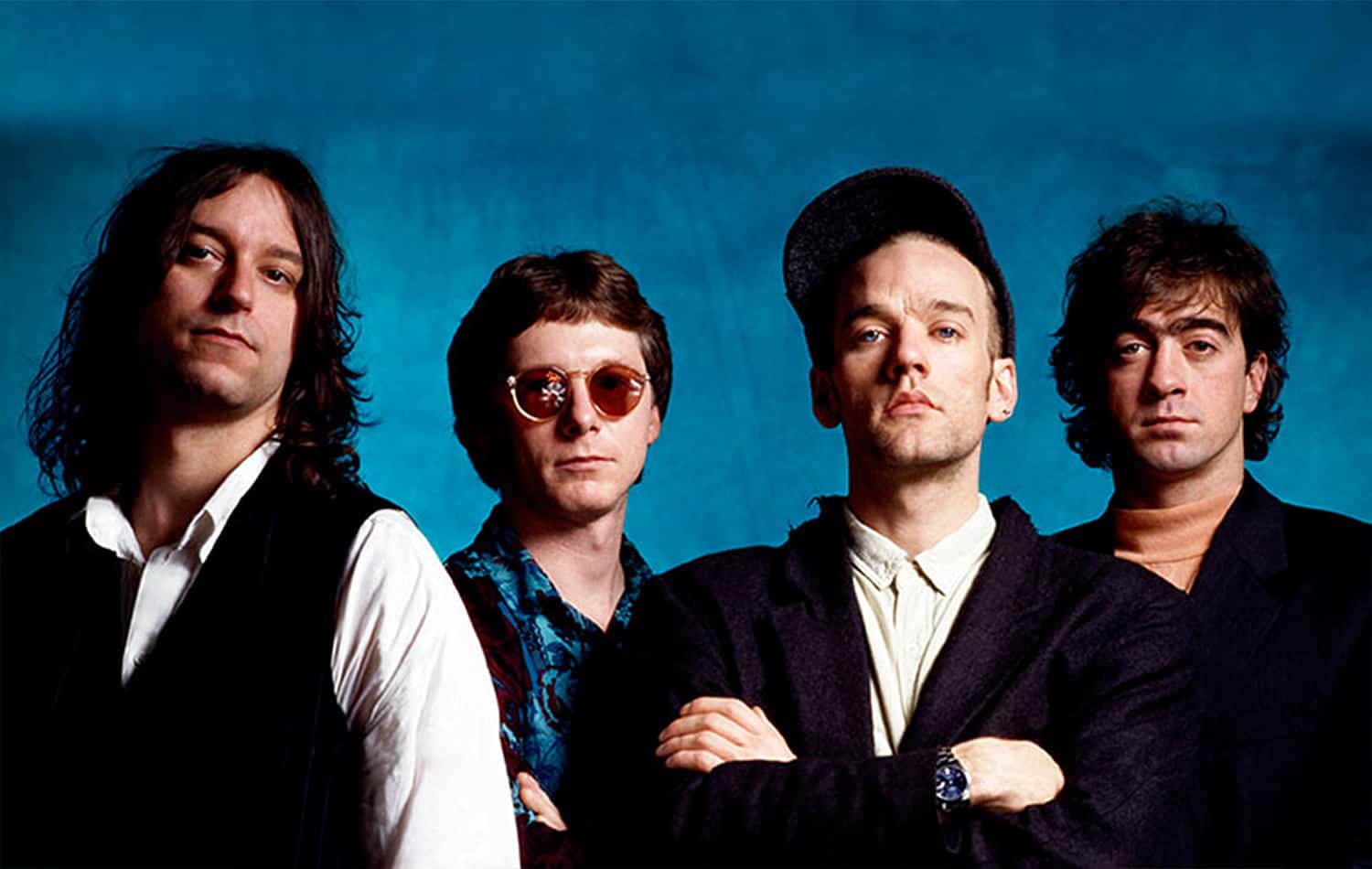 R.E.M. have announced that they’ll premiere the entirety of their legendary headline set at Glastonbury 1999 online next week.

In 2018, the American band – formed in 1980 by drummer Bill Berry, guitarist Peter Buck, bassist Mike Mills, and lead vocalist Michael Stipe – shared some extraordinary footage of them performing “It’s The End of the World As We Know It (And I Feel Fine)” at Glastonbury 1999’s Pyramid Stage.

Now, the BBC broadcast of R.E.M.’s entire Worthy Farm set will be shown globally next Thursday (August 6) – as fans will be able to tune in to the band’s YouTube page for the premiere at 8:00pm BST / 3:00pm EST here, with the footage available to view for 72 hours thereafter.

Filmed on June 25th, 1999 on Glastonbury’s iconic Pyramid Stage, R.E.M.’s headlining gig followed sets by Bush, Blondie and Hole. Frontman,  Michael Stipe said in a statement: “Hole did such a great set, I was like — I’ve got to ramp this up, I’ve got to be great. I think it was maybe a moment for R.E.M. and the U.K. where we had kind of been forgotten or pushed aside by younger bands, and that was a particular moment at Glastonbury where I think we pulled ourselves back to the front of the line and actually proved, this is what we’re capable of. It was a great show for us!”

Glastonbury’s co-organiser Emily Eavis said the recent UK airing of the show at the end of June “brought back so many memories and emotions – it was a great, great gig.  What a band!”

Stipe added: “I felt triumphant every time we played Glastonbury.  The band really stepped up. It’s such a beloved and legendary event that, y’know, whatever stars are aligned for us personally and as a group; we managed to show the best of ourselves at each of the shows we played there.”

R.E.M’s brilliant Saturday night set headlining Glastonbury’s Pyramid Stage back in 1999 was one to remember (for many reasons). But one reason, in particular, was Michael Stipe dedicating ‘The Great Beyond’ to Michael Eavis’ late wife (which sadly passed away that year) – the field fell silent. You could almost hear the people crying all around you. Powerful moment. The lyrics still resonate now: “I’m breaking through / I’m bending spoons / I’m keeping flowers in full bloom / I’m looking for answers from the great beyond.”