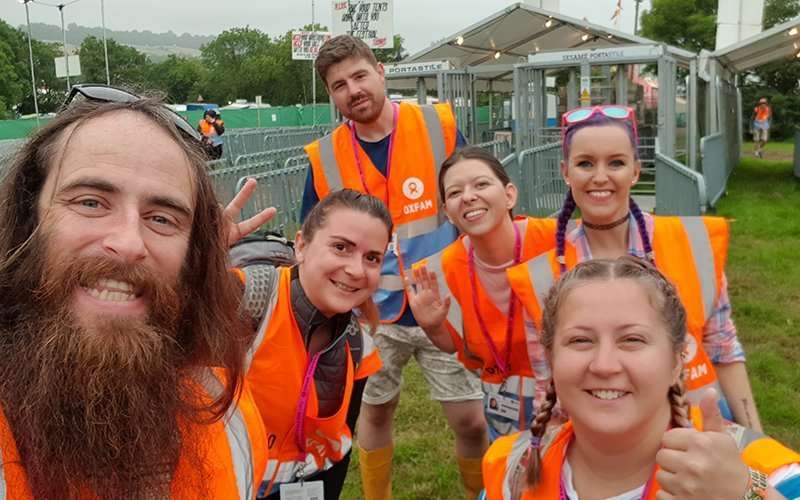 The persistent distance runner will set off from Paul McCartney’s childhood home and try to run 300km from there to Worthy Farm, home of the festival for 50 years

Robert Pope – British veterinarian, athlete and charity fundraiser – is set to undertake a massive task to raise money for Oxfam as he tries to tries to run 300km from Liverpool to Glastonbury‘s Worthy Farm aiming to start on Friday finish by Sunday night.

In a message on the fundraising page set up for the task, he says: “You don’t need me to tell you it’s been rough. I’m not going to claim anyone’s had it worse, but for a combination of reasons, there are some people in the world for whom COVID will loom large for years to come. In developing countries, lack of access to good healthcare, vaccines, basic hygiene facilities and exposure to overcrowding as seen in refugee camps mean that this virus is not an inconvenience. It’s terrifying. Oxfam are at the forefront of trying to level the playing field, like they’ve always done. Normally the amazing Glastonbury Festival would provide a huge boost to their ability to provide help to those who arguably need it most. As we all know, this year it won’t happen. As an attendee of every Glasto since 2005 (and 1999!) and having had the privelige of working as an Oxfam steward in 2019, I wanted to do something. I can’t do much apart from run (and I’m not sure how good I am at that at the moment), so seeing as I had the time booked off…

“On Friday morning, as the first bands would have taken to the stage, I will set off from Paul McCartney’s childhood home and try to run 300km from there to Worthy Farm, home of the festival for 50 years, by the time Taylor Swift would finish Shaking it Off, on Sunday night. Hey. We’ve not got much to do this weekend now. We’ve got some spare pennies. Why don’t you follow along (come and say hi, if you like) and help Oxfam fight back against COVID and save lives. It’s what they do. Hopefully, running is what I still do. It’ll be a long and winding road that should have culminated in seeing my idol, but hey. We can maybe make some other dreams come true.”

One day, for one particular good reason, I decided to go for a run. @oxfamgb @Oxfamfestivals @glastonbury https://t.co/2h7cuh6S2n

Robert Pope is a British veterinarian, athlete and charity fundraiser with a number of successes at the marathon and ultramarathon distances. In 2016 he began a 422-day, 15,700-mile run comprising more than 4 complete crossings of the United States, and became the first person to trace the route run by Tom Hanks’ fictional character in the film Forrest Gump. He raised approximately £38,000 for the charities Peace Direct and the World Wildlife Fund.

For more information and to donate to this worthy cause, click here.

The run will be taking place over the BBC’s celebrations of Glastonbury Festival with a musical extravaganza, as they bring the magic of Worthy Farm to viewers and listeners with ‘The Glastonbury Experience 2021‘, between Friday 25th – Sunday 27th June.

Meanwhile, with no Glastonbury taking place on Worthy Farm for a second year running in 2021, Michael and Emily Eavis are inviting campers, for one year only, to experience the farm in a way they’ve never been able to before – in Worthy Pastures – a family-friendly campsite at Worthy Farm which will take place later this summer.