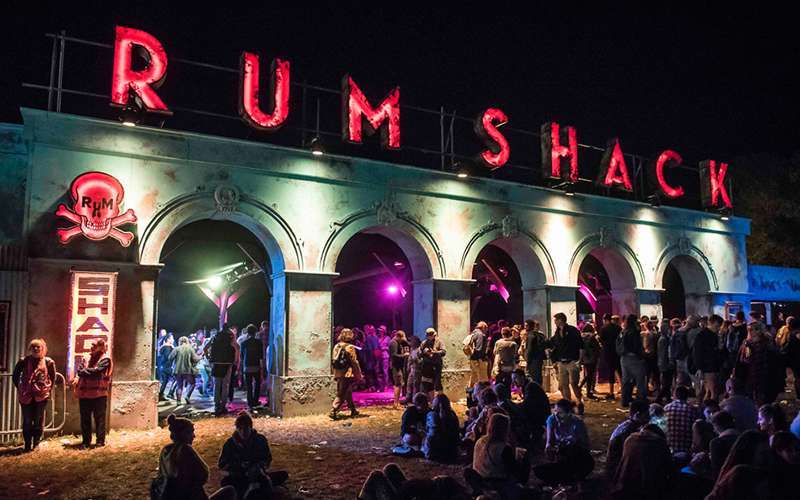 Rum Shack is offering the opportunity to win a DJ slot at this year’s Glastonbury Festival.

5 lucky winners will be awarded a 30-minute set at The Common’s much-loved Rum Shack.

The competition is open to all ages, playing any style of music, with all levels of experience welcome – although, in order to enter, you MUST already have a ticket to Glastonbury 2022.

The competition closes on Thursday, 19th June, at which point, the 5 lucky winners will then be informed of their winning via a direct message from the Rum Shack team.

The winners will then be able to choose their slot from those available and will need to arrive 45 minutes before their set (as latecomers will lose their spot).

Equipment supplied will include 2x Pioneer CDJ2000 Nexus, or alternatively, you could bring your own DJ controller.

Winners will also have to bring their own headphones and use USB or CDs only, with vinyl being available upon request.

The Rum Shack team point out that you can bring your squad and have your own “Glastonbury party”, as these are early slots (for a late-night zone) and thus, the venue is unlikely to be busy – so you will have the area to yourself (supervised by the team).

The Common’s Rum Shack is located in the South-East corner of the Festival and has become one of the main spots for legendary surprise performances before they blow up – including but not limited to Akala, Kate Tempest and Kojey Radical.

This year’s individual area line-up poster (seen below), features groundbreaking artists from the likes of ENNY and Hak Baker (acoustic) rub shoulders with legends like Goldie in a riotous roulette of live bands, bass-fuelled DJs and badass beat-makers from all corners – think bass culture with a live twist. 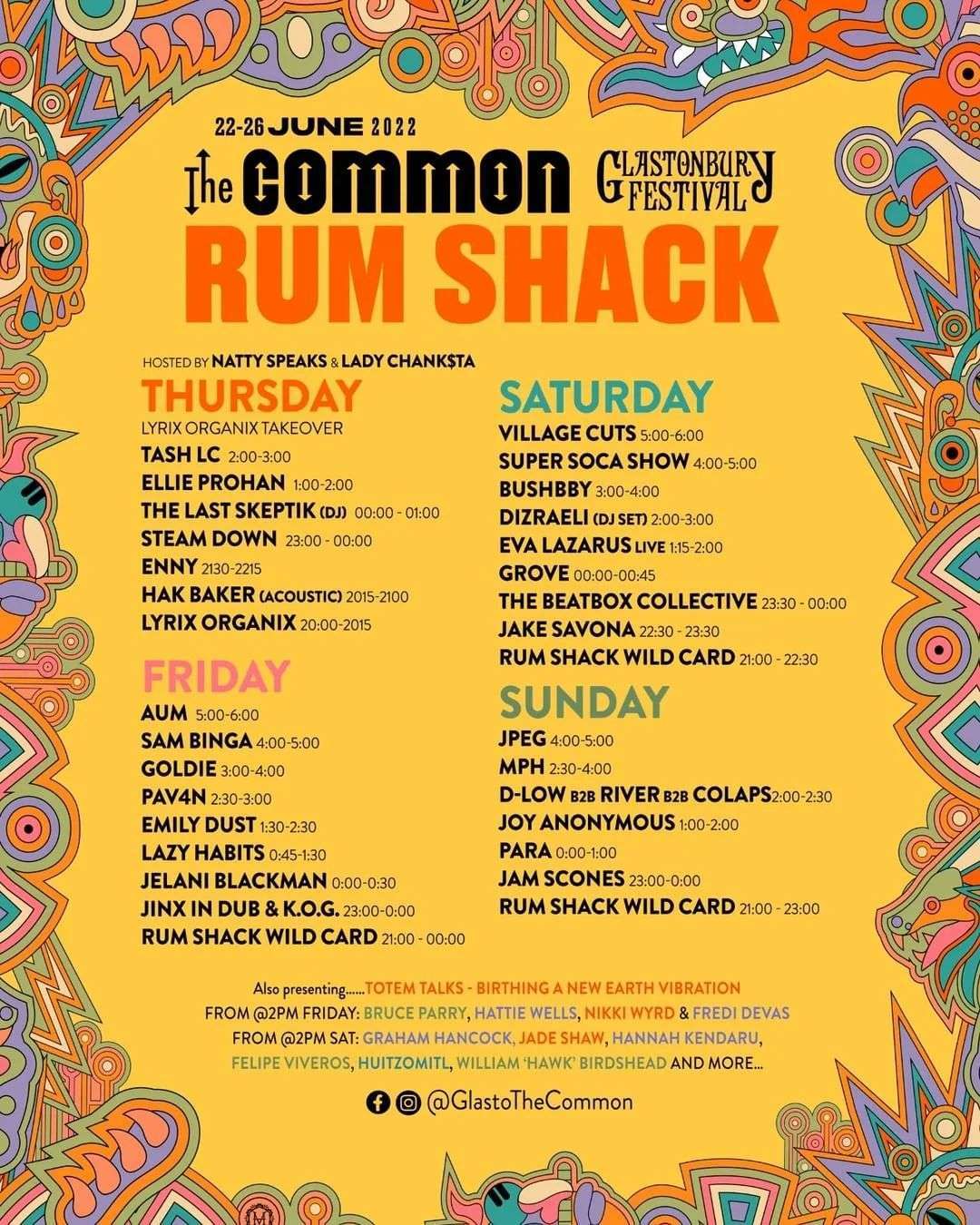 Last month saw BBC reveal its coverage plans for this month’s Glastonbury Festival, which will mark the first time the Beeb has broadcast any music event in Ultra High Definition.