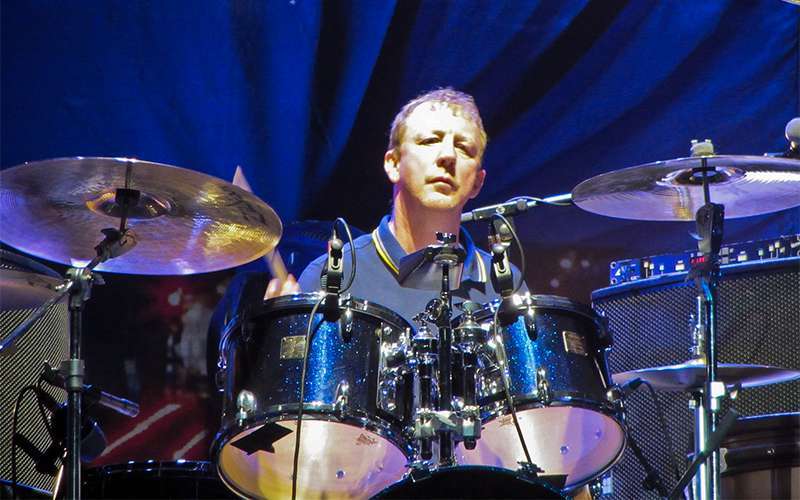 “No one, as far as I know, from Glastonbury has approached us”

Blur‘s drummer, Dave Rowntree, has confirmed that the band “haven’t been asked” to play at Glastonbury Festival this year.

In a very insightful interview with The Guardian (published 15th January) about the troubled childhood that influenced his new solo album, Radio Songs, and Blur’s summer reunion gigs, Rowntree touched upon the possibility of the band playing Glastonbury 2023 – saying: “Well, we haven’t been asked. You can’t play Wembley and Glastonbury, can you? Wouldn’t that be a bit off?”

He continued: “No one, as far as I know, from Glastonbury has approached us. We may do some warm-ups and stuff like that – we usually do.”, while adding: “Not that we’ve planned to. Not that Dave from Blur is revealing anything!”

The news comes after fans previously speculated whether Blur could be lined up for a headline slot at Glastonbury 2023 following the band’s announcement of a show at Wembley Stadium, scheduled for Saturday 8th July 2023 – set to take place less than two weeks after Glastonbury, which runs 21st – 25th June.

And although the Wembley Stadium gig was initially announced as a one-off show, in addition to adding a second Wembley Stadium gig on the 9th of July, it was then confirmed that the band will also be playing festivals later this summer – including Primavera Sound in Spain on the 1st of June, as well as a Dublin date on the 24th of June (which falls on the Saturday of Glasto).

Blur – who formed in London in 1988 and consist of singer Damon Albarn, guitarist Graham Coxon, bassist Alex James and drummer Dave Rowntree – last headlined Glastonbury back in 2009, although Albarn did take to the Pyramid Stage in 2010 with Gorillaz.

Along with their 2009 headline performance, the Britpop legends – famous for hits like ‘Song 2’ and ‘Parklife’ – have also previously played on the Pyramid Stage in 1998, as well as performed at the Worthy Farm event in 1992 and 1994 (when in both those years they took to the NME Stage – now known as the Other Stage).

While other acts rumoured for playing the Festival, and the Legends Slot in particular, include Stevie Nicks, Robbie Williams and Bon Jovi (whose guitarist Richie Sambora recently teased the “possibility” of the band playing at Glastonbury 2023), as well as Roxy Music, who up until not long ago were one of the most strong contenders for this year’s Legends.