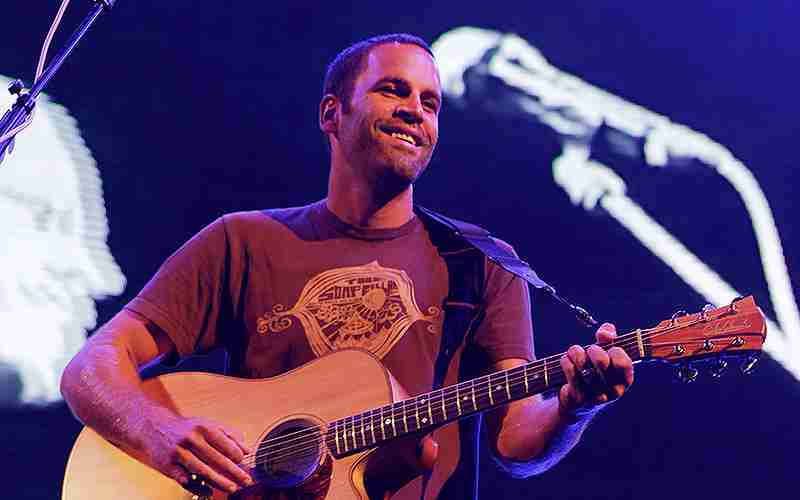 Jack Johnson is now rumoured to be one of the more likely artists to play at Glastonbury Festival next summer after announcing his recent UK and Europe tour dates.

The Hawaii-born, Californian-based artist has already fulfilled dates in North America, Australia, New Zealand, Chile and Brazil as part of his ‘Meet The Moonlight Tour’, and will next play London’s Hammersmith Eventim Apollo on the 21st of June followed by a performance at the Eden Sessions in Cornwall on the 23rd of June – which as of the time of writing, is his last gig scheduled for that month.

With the 2023 edition of Glastonbury Festival set to take place from Wednesday 21st to Sunday 25th June, Johnson could more than likely pull off a performance on either the Saturday or (more likely) Sunday of the Festival – falling on the 24th and 25th of June,  respectively.pro

The American singer-songwriter will be returning to the UK for his first concert in almost five years, saying: “I am looking forward to returning to the UK to gather together and share songs. It’s exciting and heartwarming to be so welcomed in a beautiful city like London, which is on the opposite side of the globe from where I live.”

Johnson’s eighth studio album, titled ‘Meet The Moonlight’, was released in June and produced by Lana Del Rey’s studio Grammy-winning producer Blake Mills – who Jack credits with helping to push himself outside of his comfort zone.

The last time Jack Johnson played on Glastonbury’s Pyramid Stage was back in 2010 – as seen in the video below.

He was one of the first acts to be officially announced for that year’s bill (on the 1st of February), following previous announcements confirming U2 and Emerging Talent Contest early bird winners My Luminaries to the Festival that year.

The 1975 are once again mentioned in the Glastonbury context after rumours started permeating the web when the Cheshire band confirmed new tour dates – leaving them wide open over the 2023 Glastonbury weekend.

Rihanna‘s name has also recently been mentioned after she was reportedly approached by the Festival about being the closing act at the event next year.

Taylor Swift however has effectively almost ruled herself out of the run for 2023 after announcing her long-rumoured return to the road – scheduled to hit U.S. stadiums beginning in March 2023 and running into August.

Pulp also revealed dates of their upcoming reunion tour scheduled for next summer, leaving plenty of room for a Glastonbury performance – while Victoria Beckham ruled out a Glastonbury appearance as part of a Spice Girls reunion, following long-time speculation fuelled by her former band mates.

While Elton John, who has likewise, long been rumoured for a performance at Glasto, made some changes to his current ‘Yellow Brick Road’ tour schedule and in doing so created a perfectly-sized Glasto-shaped gap in his upcoming tour dates.

And now with both ticket sales out of the way, the next option to bag tickets to the Pilton event – apart from the local & Sunday ticket sale next week – will be when the resale of any unpaid and/or cancelled tickets takes place in the Spring of 2023 (around April time).