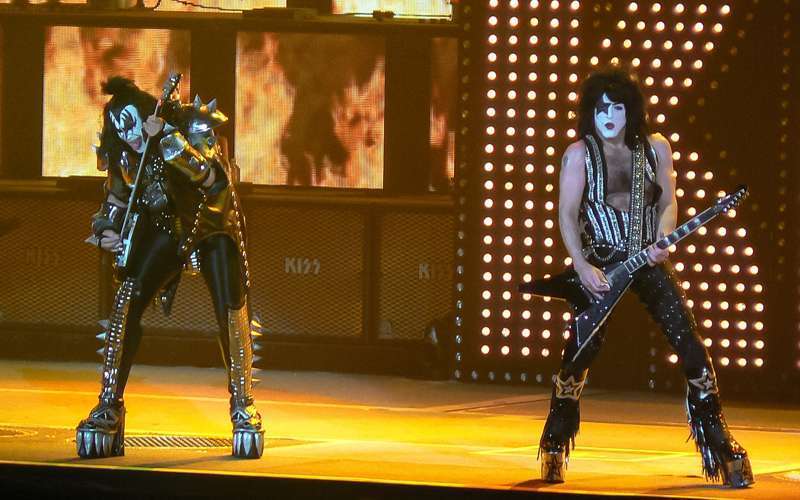 KISS are reported to play at Plymouth Argyle’s stadium next summer as they visit the UK on tour for the final time in 2023.

The online local news site, Plymouth Live, has published an article saying that “on June 3, KISS will reportedly be playing Home Park, during another leg across the continent and Colombia”, while adding that “as part of their tour, the band will be making their way to Prague, Amsterdam, Munich, Dresden, Berlin, Cartagena, Mannheim, and Cologne throughout the rest of June”.

The American rock band – formed in New York City in 1973 – have been on their ‘End Of The Road’ tour across Europe recently – although as of this moment in time, there are no known official UK dates confirmed for the tour.

That said, looking at the band’s upcoming tour dates (seen below), there does appear to be plenty of room to fit in a Glastonbury performance in 2023, with the band having 4 days free at the end of June – around the Worthy Farm Festival weekend, set to run from Wednesday 21st to Sunday 25th of June.

As of the time of writing, the quartet have nothing between their Max-Schmeling-Halle, Berlin gig on the 22nd of June and their Halle Tony Garnier show in Lyon, France on the 27th of June. 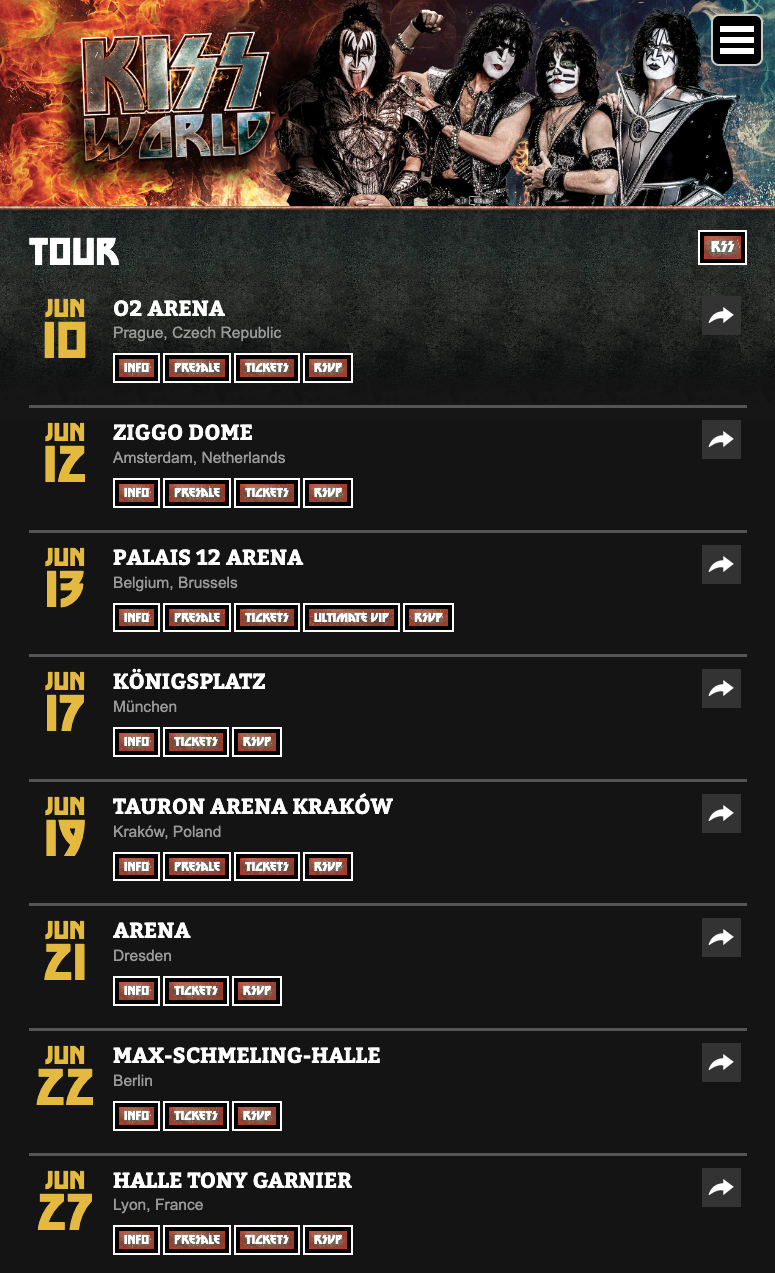 KISS was inducted into the Rock and Roll Hall of Fame in 2014 and has been awarded over 20 gold albums – the most of any American rock band to date.

some of the band’s most famous songs include ‘Rock and Roll All Nite’, ‘I Was Made for Lovin’ You’ and ‘Crazy Crazy Nights’.

In other Glastonbury news, as of this moment in time, Elton John is the first and only act to be officially announced for playing Glastonbury 2023 and will be taking to the Pyramid Stage on the Sunday of the Festival – 25th of June.

Along with Kraftwerk and Jack Johnson, some of the recent acts who are rumoured for next year’s event, include The 1975 – who are once again mentioned in the Glastonbury context after speculation started permeating the web when the Cheshire band confirmed new tour dates – leaving them wide open over the 2023 Glastonbury weekend.

Another name that has been thrown about as a possible contender for playing at the Festival next summer includes Bon Jovi, whose guitarist Richie Sambora recently teased the “possibility” of the band playing Glastonbury 2023.

Elsewhere, Pulp revealed dates of their upcoming reunion tour scheduled for next summer – while leaving plenty of room for a Glastonbury performance, and Arctic Monkeys are strongly rumoured after the band had reportedly signed on “the dotted line” for a deal to headline the Festival next summer.

Guns N’ Roses entered the rumour mill after Festival organiser Emily Eavis said in an interview last year that the hard rockers need to play the Worthy Farm event at some point, and Eminem – which is yet another name to have never stepped foot at Worthy Farm, is said to be in “advanced talks” to headline the iconic Pyramid Stage at the Festival next year.

Other acts who are unlikely to make an appearance at next year’s event include Robbie Williams, who has recently been said to have “only two UK shows next summer”, and the Spice Girls (who have been mentioned countless times over the past years in the Legends Slot context), after Victoria Beckham ruled out a Glastonbury appearance as part of a Spice Girls reunion – following long-time speculation fuelled by her former band mates.