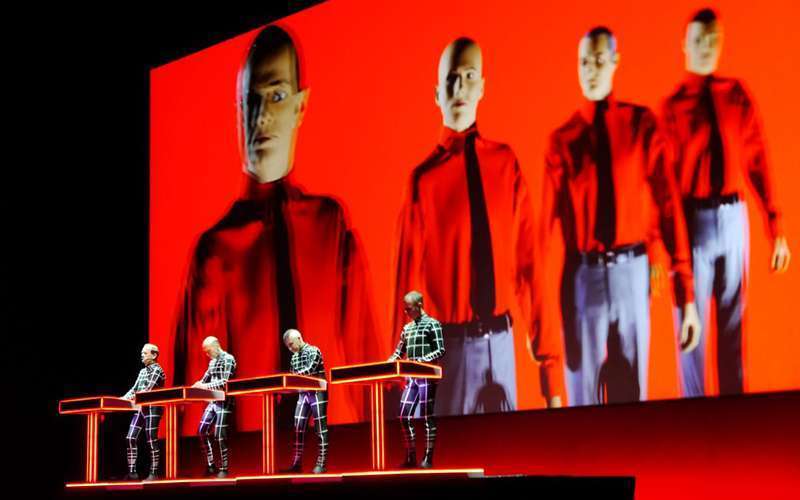 Kraftwerk have confirmed they’ll be active next summer while announcing two new shows in Ireland, scheduled for the end of June – leaving plenty of room for a possible gig at Glastonbury Festival, which is set to take place earlier that month.

The electronic music trailblazers will play Limerick’s King John’s Castle on the 28th of June, followed by a show at Dublin’s Trinity College on 29th of June as part of the Trinity Summer Series.

Glastonbury 2023 will take place from Wednesday 21st to Sunday 25th of June – a mere week prior to Kraftwerk’s newly-announced dates.

The Ireland shows are two of four dates the band have scheduled for 2023, in addition to Italy shows in Firenze on the 7th of July and Genova on the 8th of July.

Although rumoured to play Glasto many times in the past, the German band – who formed in Düsseldorf in 1970 by Ralf Hütter and Florian Schneider – have never actually played the Worthy Farm-held event.

Along with Kraftwerk, The Weeknd, and Jack Johnson, some of the recent names rumoured for next year’s event include The 1975 – who are once again mentioned in the Glastonbury context after speculation started permeating the web when the Cheshire band confirmed new tour dates – leaving them wide open over the 2023 Glastonbury weekend.

Other names that have been thrown about as possible contenders for playing at the Festival next summer include Bon Jovi, whose guitarist Richie Sambora recently teased the “possibility” of the band playing Glastonbury 2023, and Robbie Williams who said he’d be up for playing the Legends Slot.

Elsewhere, Pulp revealed dates of their upcoming reunion tour scheduled for next summer – while leaving plenty of room for a Glastonbury performance,  Arctic Monkeys are strongly rumoured for 2023 after the band had reportedly signed on “the dotted line” for a deal to headline the Festival next summer.