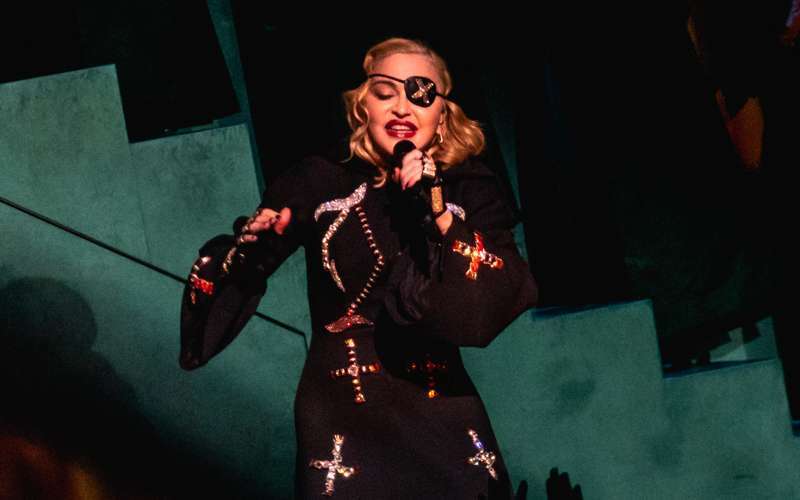 The Queen Of Pop will celebrate four decades in music with a 35-date run beginning in Vancouver on 15 July, with one date at London’s O2 Arena on 14 October

Madonna‘s name is now back in the Glastonbury Festival frame after recently announcing her upcoming global ‘Celebration Tour‘.

The 35-date tour – set to celebrate her artistic journey through four decades as a recording artist and pay respect to the city of New York where her career in music began – will kick off in Vancouver, Canada, on the 15th of July, and run through to the 1st of December, concluding at Amsterdam’s Ziggo Dome – while leaving plenty of room for a potential performance at Glastonbury Festival, which takes from 21st to 25th of June, 2023.

As of the time of writing, despite the only UK date of the Celebration tour announced thus far being on the 14th of October at London’s O2 Arena, speculation as to whether a Glastonbury performance could be on the cards has already broken out across fans throughout the web.

Although some fans have expressed the desire for the Queen Of Pop to headline this year’s Glastonbury Festival, or even play the Legends Slot, as of this moment in time, Elton John is the only act to be officially announced for playing the Worthy Farm event this summer and will be taking to the Pyramid Stage on the Sunday night of the Festival on the 25th of June.

Furthermore, the latest 2023 Glasto line-up rumours are strongly pointing towards Arctic Monkeys and Guns N’ Roses headlining on the Friday and Saturday of the Festival (respectively), and therefore, a 2024 Glastonbury performance from Madge currently looks more likely than that of a 2023 one.

Praying for Madonna to be the Sunday teatime slot at Glastonbury 🧎‍♀️📿🤲 pic.twitter.com/QvdWetP8mU

This isn’t to say that Madonna is totally off the cards for 2023, but that it also isn’t the first time her name has been speculated as being a possible contender for playing at the legendary Festival.

Back in 2018, Glastonbury organiser Emily Eavis started following the ‘Like A Virgin’ icon on her personal official Instagram account, and while having over 35,000 followers herself at the time, Eavis is shown to follow only a selection of accounts, with a large majority being a combination of previous headliners and major performers – alongside other various prominent Glastonbury members.

That same year in 2018, The Sun also claimed to have inside knowledge that Madonna was among the first to be booked for the 2019 Festival – which obviously did not come to fruition.

Seeing that Madonna has never played at Glastonbury Festival before, and taking into account her four-decade-long expansive career, in addition to the ever-growing rumours, it sure does look like it’s just a matter of time before the 64-year-old Queen of Pop finally steps foot on Worthy Farm.

In the video (below), alongside Madonna, stars Judd Apatow, Jack Black, Lil Wayne, Diplo, Kate Berlant, Larry Owens, Meg Stalter, Eric Andre, and Bob The Drag Queen play a game of truth or dare, which culminates with Schumer “daring” Madonna to embark on a greatest hits tour. “You think people would come to that show?” Madonna asks. “The answer is – fuck yeah.”

The Celebration tour will be Madonna’s 12th concert tour to date, with the last run being in 2019 and 2020 when she performed in intimate venues in support of her album Madame X – while playing 12 shows at the London Palladium, with similarly lengthy stints in New York, Los Angeles and more.

In other Glastonbury news, Robbie Williams has once again expressed his desire for playing at the Festival after being asked what his thoughts are about doing the Legends Slot at the Worthy Farm-held event.