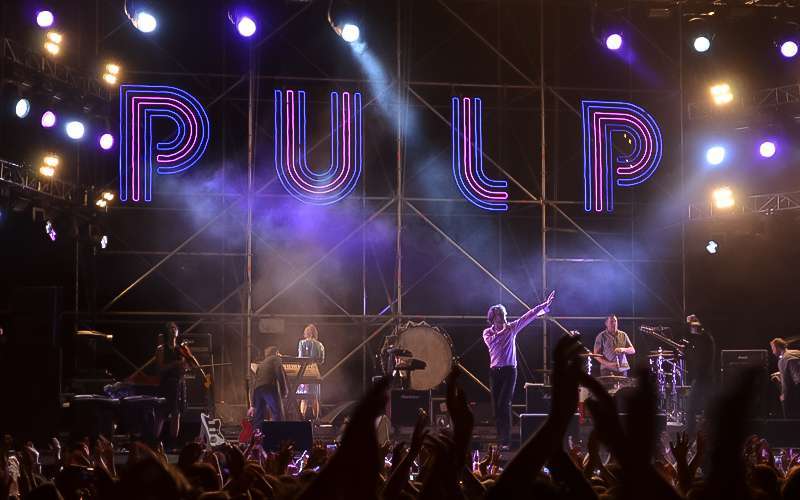 Pulp have announced details of a reunion tour scheduled for next summer – which just happens to include a perfectly-shaped Glasto gap.

Whispers of a possible band reform started taking hold when frontman Jarvis Cocker, who played a solo set at Glastonbury Festival this year [2022] as JARV IS, shared an enigmatic post to his Instagram account back in July, asking: “What exactly do you do for an encore?”

Sheffield-based newspaper The Star was then quick to report Jarvis had confirmed the band’s 2023 reunion at a book launch event – while also mentioning a Glastonbury live set.

Albeit not having played together since a hometown gig in December 2012, Jarvis Cocker & Co did headline the Leeds & Reading Festival in 2011 after performing a secret set at Glastonbury earlier that year.

Seeing that Glastonbury 2023 will take place from 21st to 25th June, it’s looking rather likely Pulp will be returning to the Worthy Farm event, after the band revealed their tour dates earlier today (Friday, 28th October) which features a hole between the 9th of June (Dublin) and the 1st of July (London).

While being at the Festival this year [2022], Cocker was also given the honour of unavailing Sir Peter Blake’s new portrait of Michael Eavis.

The portrait (seen below) will be displayed at the National Portrait Gallery when it reopens in 2023.

Yesterday at the Festival, Sir Peter Blake’s new portrait of Michael Eavis was unveiled by Jarvis Cocker (on Blake’s 90th birthday). The portrait will be displayed at the National Portrait Gallery when it reopens in 2023. pic.twitter.com/K1ktd5Xvw2

The Sheffield-formed band last played Glastonbury in 2011 when they took to The Park Stage for their Secret Set.

Pulp – comprising Jarvis Cocker, Candida Doyle, Nick Banks and Steve Mackey – also headlined the Pyramid Stage twice, once in 1998 and then again in 1995, when they replaced The Stone Roses.

Regarded as being among the Britpop “big four”, along with Oasis, Blur and Suede – they first played the NME Stage (known today as the Other Stage) at the 1994 Glastonbury Festival.

Other Glasto-rumours include Victoria Beckham ruling out a Glastonbury appearance as part of a Spice Girls reunion – following long-time speculation fuelled by her former band mates.

Another act who has never played at Worthy Farm before is Sir Elton John, who has likewise, long been rumoured for a performance at Glasto, and some changes to his current ‘Yellow Brick Road’ tour schedule just happens to reflect a perfectly-sized Glasto-shaped-gap.