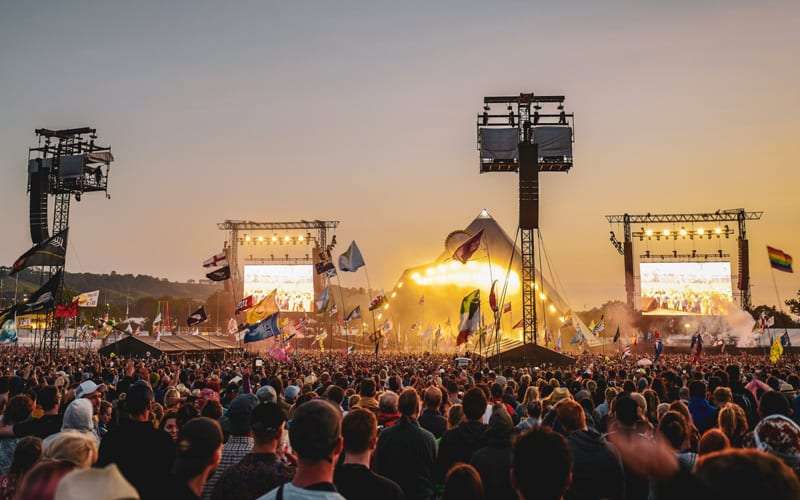 Rumours of whether or not Glastonbury Festival will go ahead in 2021 due to the ramifications of the ongoing Covid-19 crises continue to intensify following a string of mysterious tweets.

A Twitter account by the name of ‘Glastonbury 2021 vs Covid’ – which appeared on the scene just earlier this month – has posted a thread of tweets this morning (Monday, December 21), essentially saying that the cancellation of Glastonbury 2021 is imminent.

The anonymous Twitter account – describing themselves as “an undercover Glastonbury insider”- points out that its “not on the payroll of Glastonbury Festival itself, but works in close partnership on the production side”.

The cryptic Twitter account had previously claimed “state of play discussions” would take place today, and then posted the statement at 9:55 AM this morning – the full series of tweets read as follows: “I’m afraid it’s true. Official statements to be drawn up in due course but there is no Glastonbury 2021. Crucially, ticket holders get to retain their tickets One 2020 headliner provisionally in agreement to headline 2022.”

“The festival will express their regret and sadness at the necessity to do this whilst also looking forward to 2022. The welfare of the staff who would be working from March onwards as well as the punters is paramount.”

“Devastating news, however, we would hope that 2022 is nailed on. And what a party that will be. I should add that I’m not on the payroll of Glastonbury Festival itself, but work in close partnership on the production side – therefore I do not officially speak for them.”

“There are some great ideas for an alternative broadcast event. All far too early in their infancy to be anything worth getting excited for” 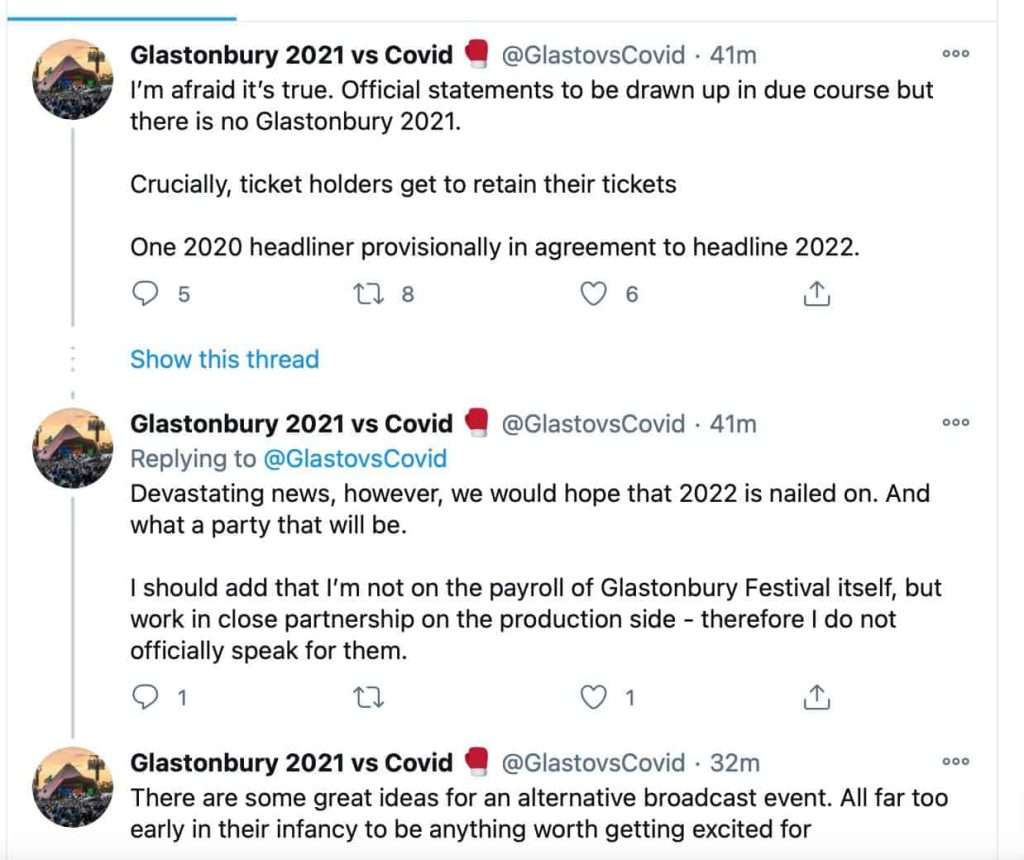 We would like to emphasise that as of the time of writing, Glastonbury Festival has yet to officially confirm the cancellation of the 2021 instalment and any rumours should be treated as such – rumours.

Following the cryptic tweet – Glastonbury Festival co-organiser Emily Eavis responded to the rumours in a tweet of her own, confirming that Glastonbury is: “Not cancelled yet!”

While the cancellation was officially confirmed at around 11 AM on Wednesday, March 18, 2020 – the news managed leaked and started circulating the web the evening prior, after Eavis’ family members shared the news on their personal social media accounts.