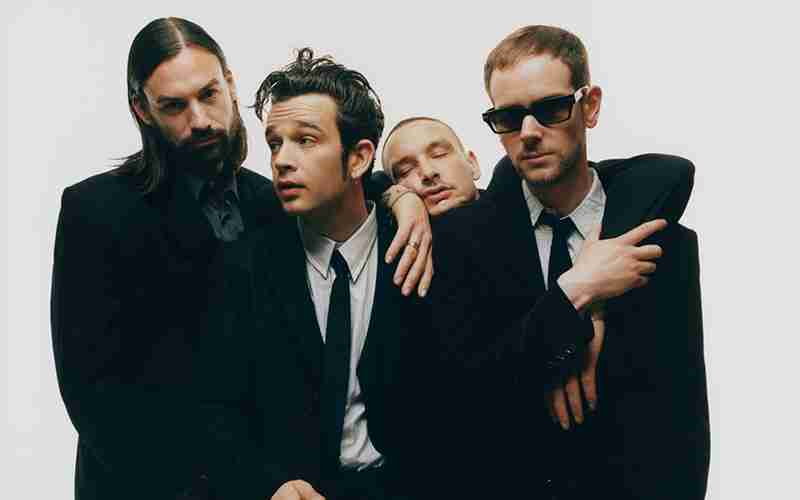 The 1975 are now among one of the many names to join the Glasto Rumour Mill as a possible contender for a performance at the Worthy Farm-held event next summer.

Looking at their currently announced dates, the band have nothing between Southside and Hurricane Festival – which falls on the weekend before Glastonbury – and TRSNSMT, on the 9th of July, as seen in the screen capture below.

The chart-topping band have long been rumoured for a headline slot on the iconic Pyramid Stage, which has yet to come to fruition – despite having previously performed at Glastonbury in 2013, 2014 and 2016.

Back in 2018, frontman Matt Healy said in a radio interview he was planning to attend Glastonbury, while adding that the band would then be ready to headline the Pilton Festival after topping the bill at Reading & Leeds in August 2019.

Glastonbury organiser Emily Eavis then came on the show at a later date and responded to Matt’s comment by saying: “Oh really? That’s good. Interesting. They’re great. Obviously, we’d love to have The 1975.”

Furthermore, Jamie Oborne – the owner of Dirty Hit Records and manager of The 1975 – has publicly expressed his hopes of the band playing at Glastonbury Festival, more than once in the past.

The first, was in January of 2020 when Oborne was asked about a possible Glastonbury performance via a fan on a Twitter Q&A, to which he replied: “well we really wanna play” – while the band later admitted in a BBC interview that “headlining Glastonbury” is one of their unrealised ambitions, but said they’d be “busy that year”.

The second, and most recent acknowledgement from the manager, was earlier this year, after replying “fingers crossed” to a fan on Instagram asking if they’d be at Glastonbury in 2022.

Along with The 1975, Rihanna‘s name has also recently been rumoured for a possible performance at Glastonbury 2023, after she was reportedly approached by the Festival about being the closing act at the event next year.

Taylor Swift however has effectively ruled herself out of the run for 2023 after announcing her long-rumoured return to the road, with an outing dubbed the “Eras Tour”, scheduled to hit U.S. stadiums beginning in March 2023 and running into August – making it rather unlikely that she will be at Glastonbury 2023.

Meanwhile, Pulp also revealed dates of their upcoming reunion tour scheduled for next summer, leaving plenty of room for a Glastonbury performance, while Victoria Beckham ruled out a Glastonbury appearance as part of a Spice Girls reunion – following long-time speculation fuelled by her former band mates.

Another act who has never played at Worthy Farm before is Sir Elton John, who has likewise, long been rumoured for a performance at Glasto, and some changes to his current ‘Yellow Brick Road’ tour schedule just happens to reflect a perfectly-sized Glasto-shaped-gap.

And now with both ticket sales out of the way, the next option to bag tickets to the Pilton event – apart from the local & Sunday ticket sale next week – will be when the resale of any unpaid and/or cancelled tickets takes place in the Spring of 2023 (around April time).

That said, registration for Glastonbury 2023 closed at 5pm GMT on Monday, 31st October, and as of this moment in time, there is no opportunity to submit/re-submit a registration until after the November ticket sales – when the registration window will open once again on Monday 21st November.