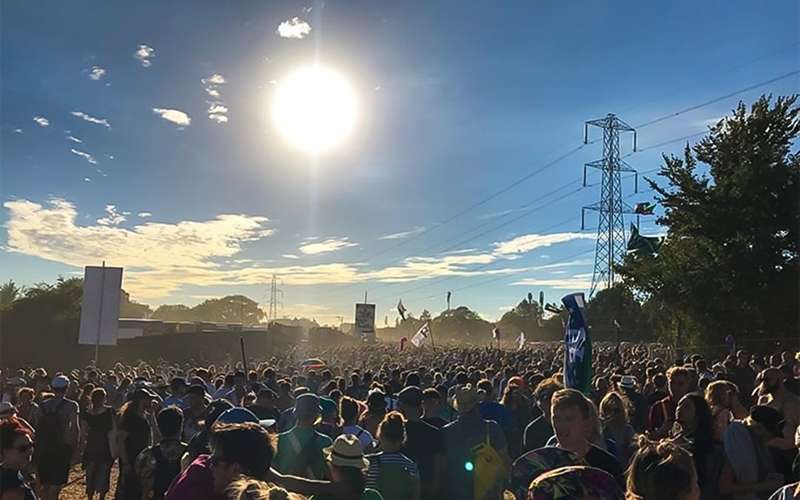 It has now been one week since we posted our first (long-range) weather forecast, and EXACTLY one week to go until the gates open for this year’s Glastonbury Festival.

Following up on our previous forecast summary, and with the entire Festival time frame now fitting within the GFS (Global Forecast System) models, we can now take a closer look at a more medium-range forecast.

That said, let us once again point out that these long to medium models are still quite imprecise with regard to the end of the Festival and will, therefore, at this point in time, obtain only very general trends.

As always, a word of warning; a weather forecast one week ahead of any event is still too uncertain for planning and could change dramatically with every passing day.

Additionally, as mentioned in our previous update – it’s also worth keeping in mind that 2019 looked pretty unpredictable until about a week prior to the festival with forecasts predicting “heavy thundery showers”, which by the weekend saw it change to light rain early in the week, then hot & humid later.

As of the time of writing, Glasto-weather guru, Gavin Partridge, has released 3 Glasto weather updates so far.

The third and most recent update (published 14th June) was once again leaning toward more of a warmer trend.

In the third update, Gavin says Wednesday (22nd June), “looks a bit showery at the moment”, with temperatures thought to peak at around 19-21°C.

On the other hand, temperatures are looking to be a bit warmer for Thursday, the 23rd of June, in addition to the weather being a lot drier as high pressure builds in.

Gavin predicts the Friday (24th June) to be “dry, sunny and warm” with temperatures reaching 23°C, or perhaps even warmer than that.

While Saturday, the 25th of June, also appears to be dominated by high pressure and therefore looking to be “very warm”, with temperatures rising even higher into the mid-20 °C, and could reach anywhere between 25-26°C.

Sunday, the 26th of June, looks to be another dry day across the country, with temperatures once again rising higher into the mid to higher-20 °C.

The Met Office long-range weather forecast – which covers dates from Monday, the 20th of June to Wednesday, the 29th of June – reads that “throughout much of this period, most areas could experience dry conditions with occasional bright spells and some sunshine”.


While adding that: “There is a risk of showers, thundery at times, in the south, where it is more likely to be cloudier than elsewhere,”

The forecast does however go on to say that “these areas are still expected to receive some sunny spells” and that “the northwest also has a risk of longer spells of rain at times, which may spread to most areas through the middle of the period”.

Temperatures are expected to be “around normal […] with the chance of some stronger winds at times, while the best of the sunshine is expected in the south and east towards the end of June, bringing slightly warmer temperatures with it”. 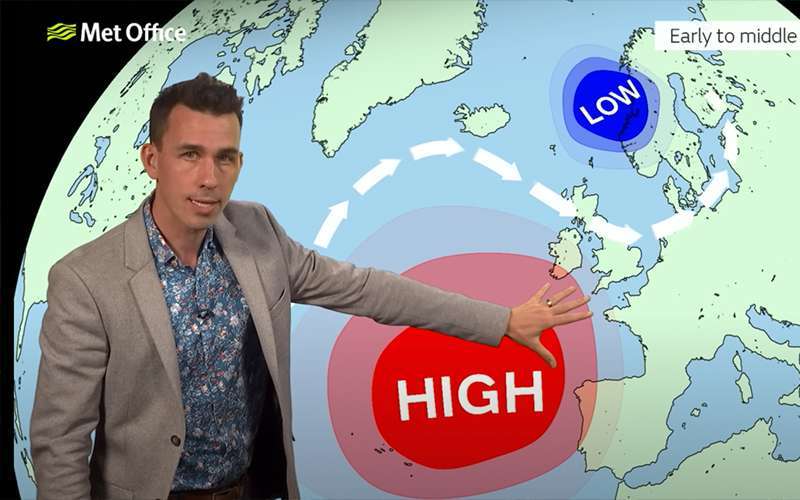 The Met Office 10-Day Trend, published earlier today (15th June), also predicts high pressure to our West and lower pressure to the Northeast “allowing a changeable northwesterly airflow which would bring rain or showers to northern parts of the UK in particular, with perhaps a few further south – including a good deal of cloud and much cooler air, alongside temperatures at or below average in many places”.

That said, a promising sign for Glastonbury weekend is in the higher pressure building closer to the southwest, which means drier weather throughout the Festival site.

Weather forecast summary – as of the 15th of June: