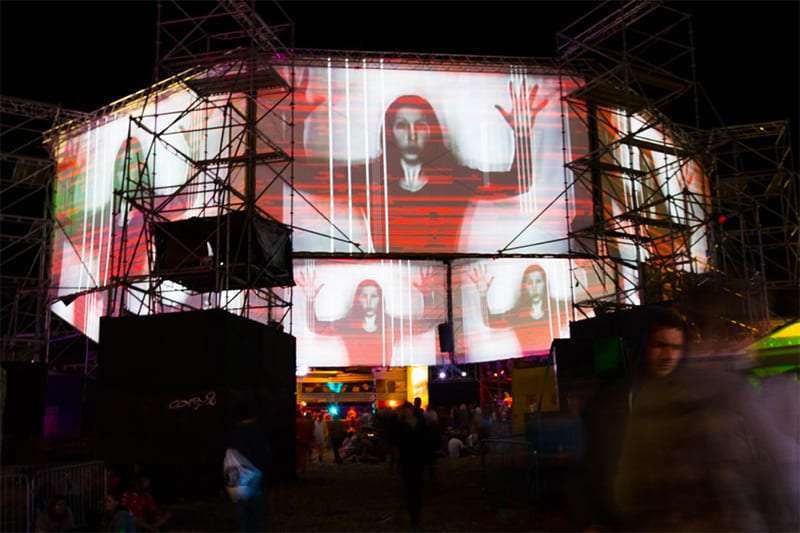 Shangri-La have confirmed the return of their Gas Tower to Glastonbury for the Festival’s 50th anniversary this summer.

The late-night venue is a cutting edge 360-degree digital arts arena where technology and art, activism and education all fuse in a collaborative experiment in digital progression and sound design.

Last year saw the Gas Tower dance arena be built from plastic litter collected from beaches, parks and streets across the South-West – thanks to a ground-breaking collaboration between Keep Britain Tidy, Orca Sound Project and Glastonbury’s Shangri-La.

Volunteer ‘#LitterHeroes’, were recruited and a ‘#RoadtoGlasto2019’ series of organised beach cleans took place, as the ambitious project required 10 tonnes of plastic (the equivalent of about one million plastic bottles) to be collected.

The plastic collected was then processed by Exeter City council before being recycled into materials to build Shangri-La’s 360-degree dance arena known as the Gas Tower.

Some of the artists who performed at the Gas Tower last year included Rob Da Bank, Max Cooper and a Hospitality Records Takeover – while in the past it’s featured the likes of Benga, Diplo and DJ Yoda.

Making its debut in 2017, it’ll be the Gas Tower’s third appearance at Glastonbury Festival.