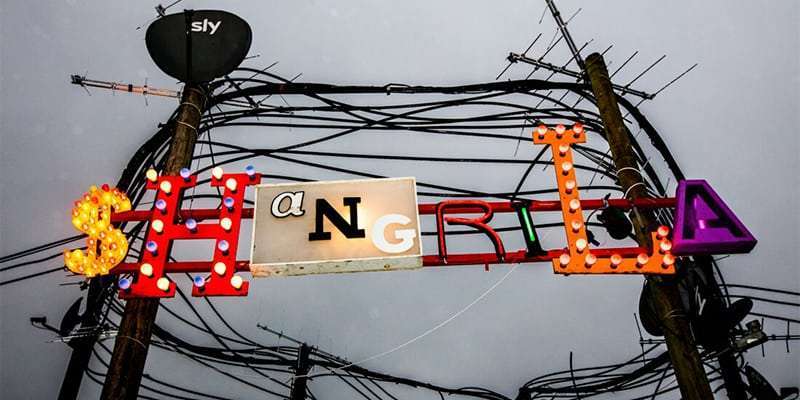 Shangri-La has revealed its line-up poster for Glastonbury 2022.

In a statement posted to their official social channels earlier today (Wednesday, 4th May), the late-night area said: “Shangri-La 2022 presents: WE THE PEOPLE Community, collaboration and hope for the next generation. The first of many exciting announcements…We cannot wait to reconnect!!!”

Some of the names featured in the poster, shown below, include the likes of Bob Vylan, Brass Against and Nova Twin, Bonobo, Jamie Jones, and many more. 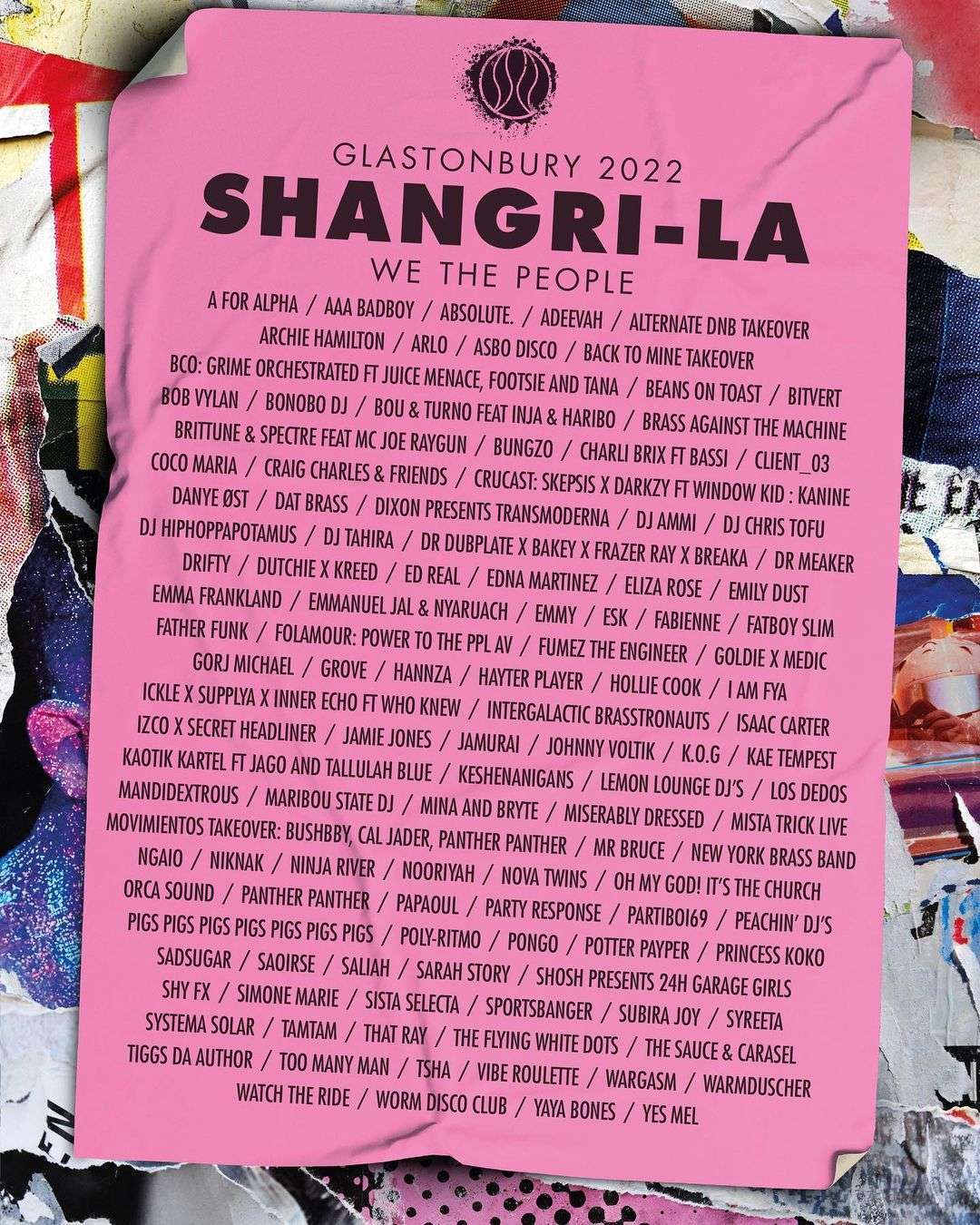 The late-night area, which celebrated its 10th anniversary in 2019, is a living and breathing mini-city within the Brigadoon which is known as Glastonbury Festival. It is located at the festival’s South East corner and is legendary for its embellished political themes and extraordinary production.

Meanwhile, Field of Avalon, Silver Hayes, Glasto Latino, Theatre & Circus Fields, Arcadia, Left Field, and now Shangri-la are seven of the areas to have revealed their line-up posters ahead of this year’s event – following Glastonbury’s first main line-up announcement poster revelation, shown below, which dropped in March of this year.