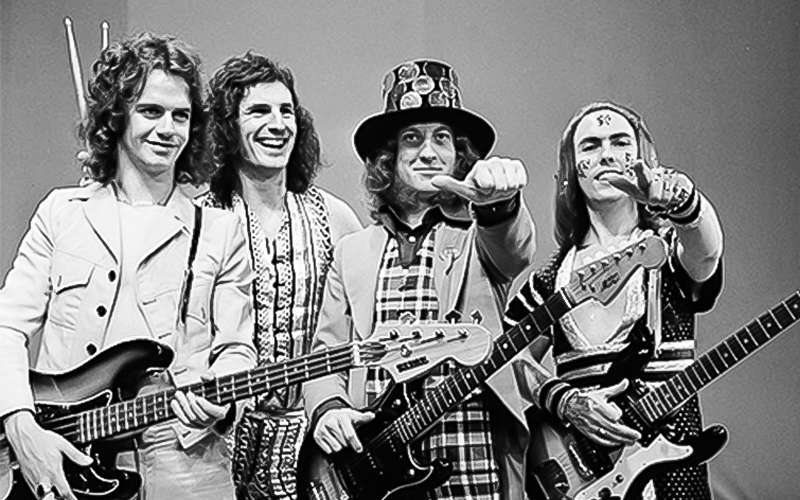 Has the pioneering frontman said he wants to reform the band’s classic line-up to play the Festival’s Legends Slot?

Slade‘s Noddy Holder – who was the lead singer and part of the band’s classic line-up (from 1966 until he quit in 1992) alongside keyboardist Jim Lea and drummer Don Powell – has been apparently been quoted saying he wants to get the original members back together to play the Legends Slot at Glastonbury Festival.

The band, who were formed in Wolvmemerhampton in 1966, have become festive-season-famous thanks to the enduring appeal of their 1973 number-one single ‘Merry Xmas Everybody’, which gets replayed year in year out around the holiday season.

Speaking to The Sun, Noddy reportedly said: “It would be amazing if we could work out our differences. I think we’d probably all have to go in on a coach each. Or we’d all have to have a changing room or caravan each – And maybe we’d have to have glass barriers between us on stage so that there would be no fisticuffs on stage.”

Noddy went on to explain that he fears he could face a scramble getting Dave and Don talking again after the former had fired the latter from his revamped version of the band last year [2020], saying: “I think it’s a long time before they get talking again. But that happens in rock ’n’ roll bands. If it’s not one crisis, it’s another.”

#slade @glastonbury @bbcglasto …The global game changer for #2022 .. #myohmy ! How would that feel! @RealKenBruce pic.twitter.com/J00J5G7AO2

Following the growing speculation about a Slade reunion after the mentioned press article in The Sun newspaper – reporting that they had an exclusive chat with Noddy Holder, in which he had revealed he wants to get back with the original Slade line-up to play the Legends Slot at Glastonbury Festival – This Slade Are For Life – Not Just For Christmas Facebook page has now stated that it has been in touch with Noddy’s manager, who confirmed to them that: “There was NO NODDY INTERVIEW with The Sun” (See screenshot of the original post below). 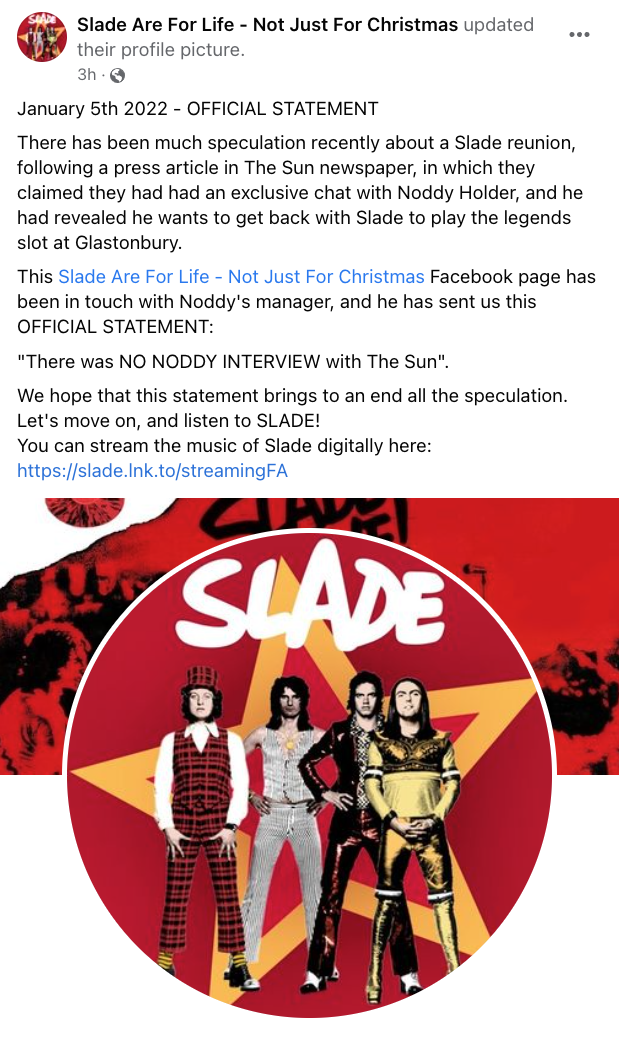